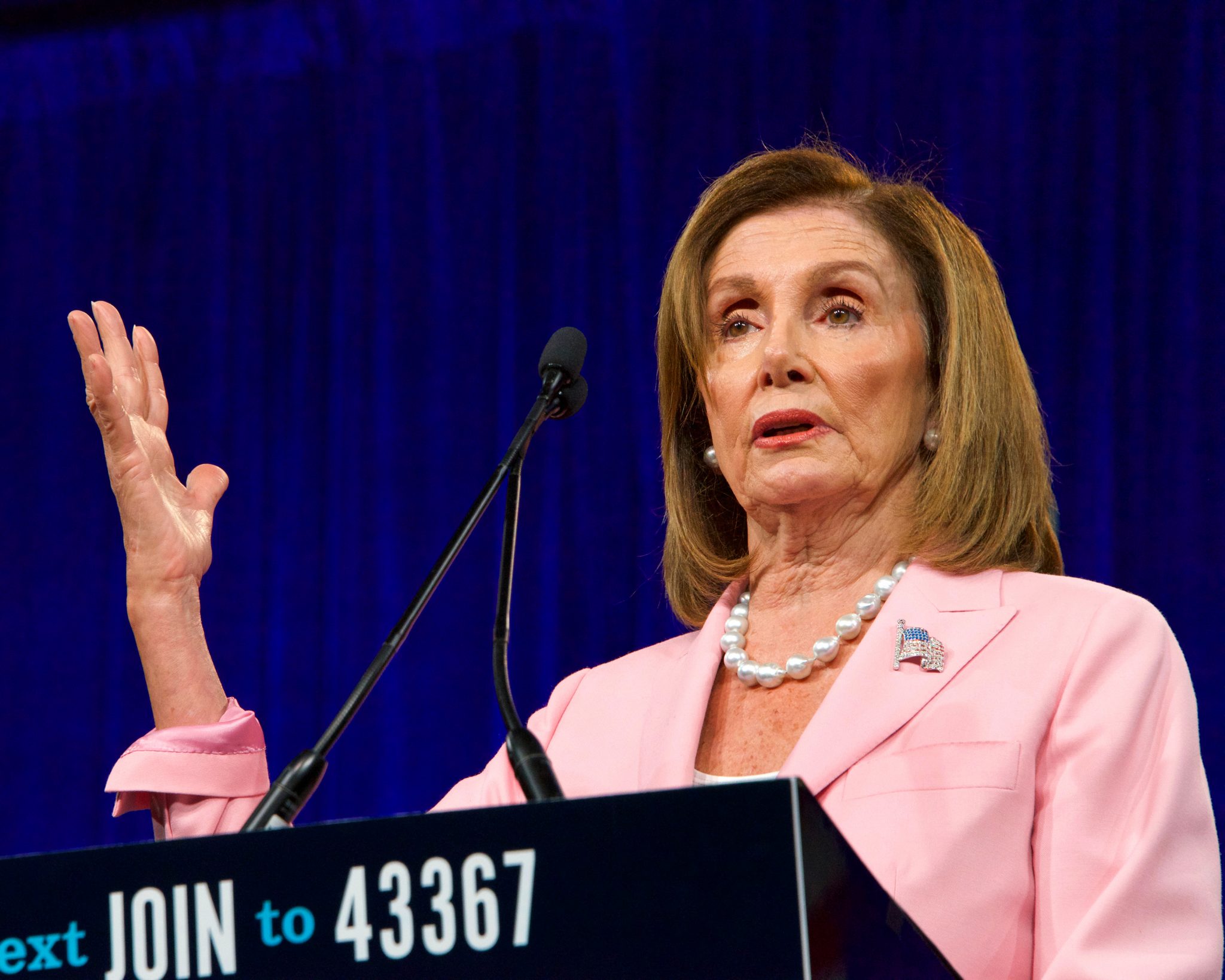 House Speaker Nancy Pelosi’s place at the head of the mob intent on correcting the wrongs of past generations has been endangered. She has been waving the bloody shirt about past generations’ complicity in racism, and now her role at the head of the mob is in question. It has been discovered that her father was mayor of Baltimore in the 1940s and 1950s, and now the woke brethren want her to denounce him. Baltimore in the 1940s and 1950s was deeply racist, Maryland being a border state during the Civil War. In fact, the train bearing President Abraham Lincoln to Washington was in danger of being attacked by Southern sympathizers as it passed through Baltimore.

So what will Nancy do? Nancy wants to change the subject. She is reluctant to throw her father, Thomas D’Alesandro Jr., under the bus, but who can say? Many of us have marveled at how she has wiggled out of similar problems. We are eager to see how she handles the woke brethren. Is it possible that she can get away with saying the Thomas D’Alesandro that was mayor of Baltimore from 1947 to 1959 and oversaw racially segregated housing and schooling was not her father? Her father was a different Thomas D’Alesandro. There were a lot of D’Alesandros in Baltimore at the time. Now let us get on with talking about infrastructure and extending that $300 weekly bonus unto eternity.

Actually, I have sent my vast research staff out, and they have discovered Thomas D’Alesandro was indeed Nancy’s father, and he did preside over segregated housing and schooling in Baltimore. He even dedicated statues to Civil War heroes — Southern Civil War heroes. And he did this well after the 1870s and 1880s, when you would have thought Southerners were cooling off. Old Tom dedicated a monument to Robert E. Lee and to Thomas “Stonewall” Jackson in 1948, long after the war, and he spoke warmly of the Southern generals. Presumably in an open-air setting he said, “Today, with our nation beset by subversive groups and propaganda which seeks to destroy our national unity, we can look for inspiration to the lives of Lee and Jackson to remind us to be resolute and determined in preserving our sacred institutions.”

Yes, he recommended two Southern generals who devoted the high point in their lives to destroying the Union and casting asunder the Founding Fathers’ one great gift to the heritage of freedom-loving people around the world, the Constitution of the United States. Politicians have a way of twisting things for their own ends. Thomas D’Alesandro had it, and his daughter has it still. Take two generals who were our sworn enemies in centuries past and transform them into American exemplars in 1948.

But did you notice how quick the mayor was to express his alarm over “subversive groups” back in 1948? Then he went on to declaim against “propaganda which seeks to destroy our national unity.” Then he exhorted us to “look for inspiration” from Gen. Lee and Gen. Jackson. Well, I would find them as inspirational in waging war, Mr. Mayor, and in terms of high personal character, but that is about as far as I will go. The Tyrrells were defenders of the Union.

Obviously the concerns of the woke brethren were not very much on Mayor D’Alesandro’s mind. If I follow his references to “subversive groups” and “propaganda” he was, as were many Americans in 1948, alarmed by communism, Soviet communism, and domestic communism. That was the burning issue of the day, and there would be no civil rights movement — or at least not much of one — if we did not get Soviet communism right. In the late 1980s, President Ronald Reagan got it right — without firing a shot. Then America moved on getting other matters right: attending to the environment, economic growth, full employment, much of it under Donald Trump. There is nothing on the woke brethren’s list that I would consider exigent to getting things right for America.

So how is Speaker Pelosi going to wiggle out of her present pickle? She has several options. My research staff has already ruled out denying his paternity. My guess is at this hour she should do what we might call the Honorable Democratic Thing. That would be to throw him under the bus.