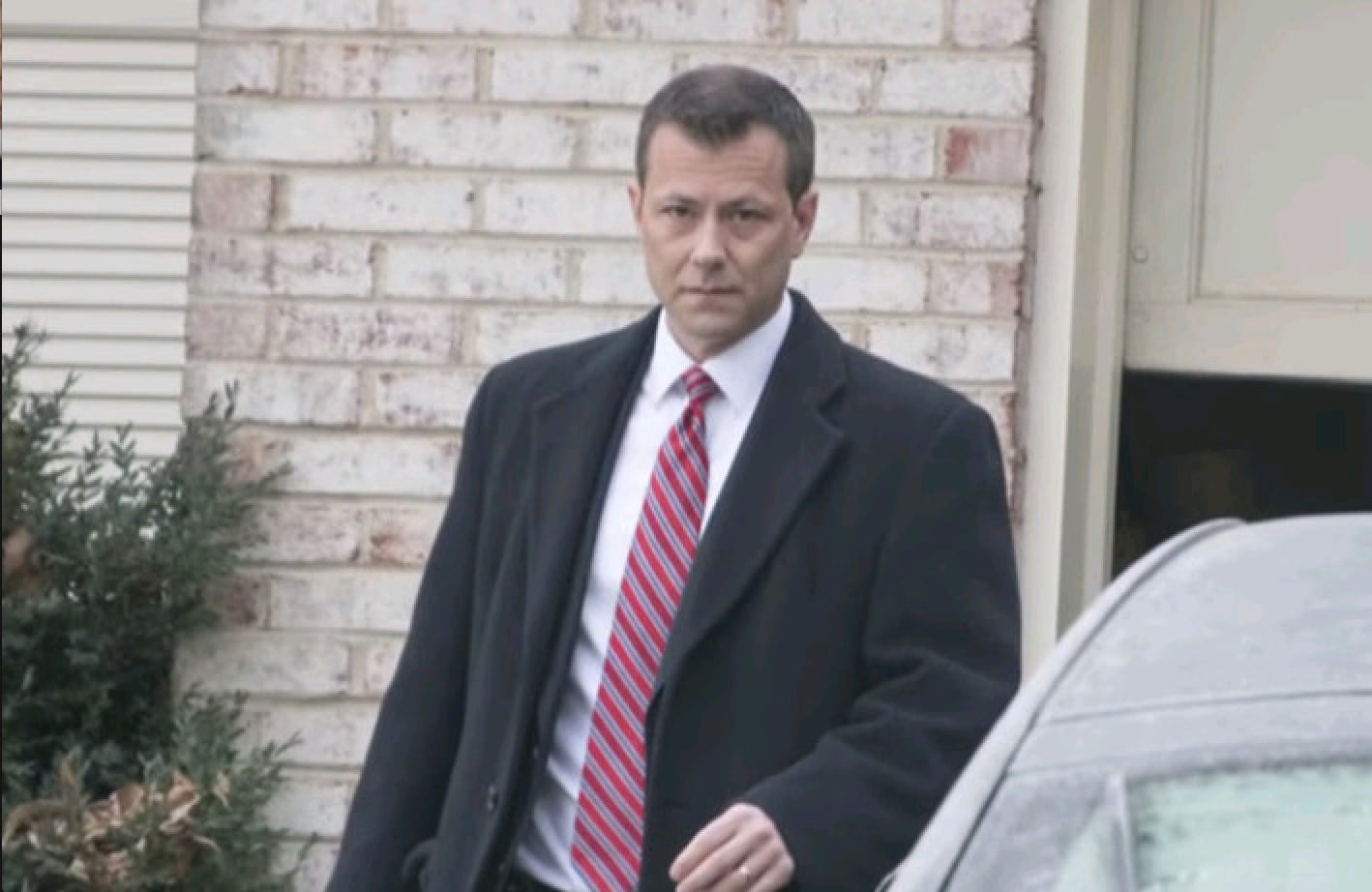 The other night MSNBC ran a fawning documentary about James Comey. It was full of howlers about the unfathomable depths of his “integrity.” None of the clips age well, but one in particular captured the utter lunacy of Comey serving as Mueller’s presumed chief witness — a clip in which Comey accuses Trump of “lies, plain and simple” for describing the FBI as “poorly led” and in “disarray.” Here is a former FBI director categorizing Trump’s opinion, and a manifestly correct one at that, as “lies.”

That’s the fatuous, un-rigorous level on which Mueller’s probe is proceeding. His forthcoming report will consist largely of his close friend’s hyperventilating grievances against Trump, as if the wounded ego of one of the worst FBI directors in American history, an FBI director the Justice Department’s Inspector General has found to be unprofessional and reckless, counts as a “constitutional crisis.”

The Mueller probe is like a Soviet show trial revolving around the hurt feelings of a pampered commissar. Comey was practically in tears as he recalled those “lies, plain and simple.” But Mueller has an even bigger problem than just the silliness of Comey’s complaints, which is Comey’s utter lack of credibility: How do you build an obstruction-of-justice case on a witness who is himself under Department of Justice investigation for improprieties?

That came out in the Congressional hearings this week with Inspector General Michael Horowitz. On Monday, Horowitz informed the senators that he is looking at Comey’s mishandling of classified information — a subject Comey with his inimitable presumption had dismissed as too “frivolous” for anyone to investigate.

The roots of Mueller’s tree are hopelessly poisoned — from a former FBI director whose word and behavior no one can seriously trust (yet it was his complaint that led to Mueller’s appointment) to a staff, both past and present, shot through with anti-Trump bias. How can anyone take the conclusion of a probe seriously if that probe should never have been started in the first place? Were this a real trial rather than a show trial, the judge would have ended it a long time ago.

Mueller, according to his mandate, is supposed to be completing a counterintelligence investigation launched by Peter Strzok, the most abominably anti-Trump partisan FBI official imaginable. That fact alone discredits it. Imagine a judge telling a jury to decide the fate of the accused based on an investigation started by one of his fiercest enemies. In Mueller’s case, the circumstances are even worse than that: he not only inherited Strzok’s poisoned work but added Strzok to his team and would have kept him on it until the end of the probe had Horowitz not revealed Strzok’s anti-Trump texts. Strzok, as he explained to his mistress, had joined the team in the hopes of inducing the impeachment of Trump. Strzok described the Mueller probe as “unfinished business.”

Strzok had played dumb about the text in his testimony to Horowitz, saying that he didn’t “specifically recall” it, then added defiantly that the text didn’t matter. As Horowitz summarized, “Strzok stated that had he — or the FBI in general—actually wanted to prevent Trump from being elected, they would not have maintained the confidentiality of the investigation into alleged collusion between Russia and members of the Trump campaign in the months before the election.”

That is a blatant lie. Just go back and look at theNew York Times pre-election article on the FBI’s investigation of alleged Trump-Russia ties. It states bluntly that the Obama administration did not maintain the confidentiality of the investigation before the election: “Intelligence officials have said in interviews over the last six weeks that apparent connections between some of Mr. Trump’s aides and Moscow originally compelled them to open a broad investigation into possible links between the Russian government and the Republican presidential candidate.”

Who were those “intelligence officials” to whom theTimes was speaking for six weeks before the election? Strzok had to have been one of them. It appears that not long after he told his mistress that he would sabotage Trump he started leaking to the Times while his partner in crime, John Brennan (to whom Strzok served as FBI liaison, the most critical fact in this farce), started leaking mentions of the investigation to Harry Reid and other senators.

It wasn’t for lack of trying that they didn’t hurt candidate Trump. The problem was that they didn’t have any damning information to leak apart from the investigation’s existence, a problem they tried to remedy by running a spy into the campaign’s ranks. They needed an October surprise, but Stefan Halper couldn’t deliver it.

The toxic origins of the Mueller probe are impossible to expunge. His report will represent nothing more than the fulfillment of the “insurance policy” Strzok and his mistress discussed in Andrew McCabe’s office a few doors down from Comey’s — a plot to impeach Trump via harassing investigation if they couldn’t defeat him at the ballot box.

“TURN IT ON, TURN IT ON!!! THE DOUCHEBAGS ARE ABOUT TO COME OUT,” Strzok texted his mistress while watching the Republican convention, a week or so before he began the counterintelligence probe. A month or so into the probe, he was whining to her about a trip to Walmart in southern Virginia, where he could “SMELL the Trump support.”

The odor he gives off is unmistakable too — and its rancidity will suffuse every page of Mueller’s report.