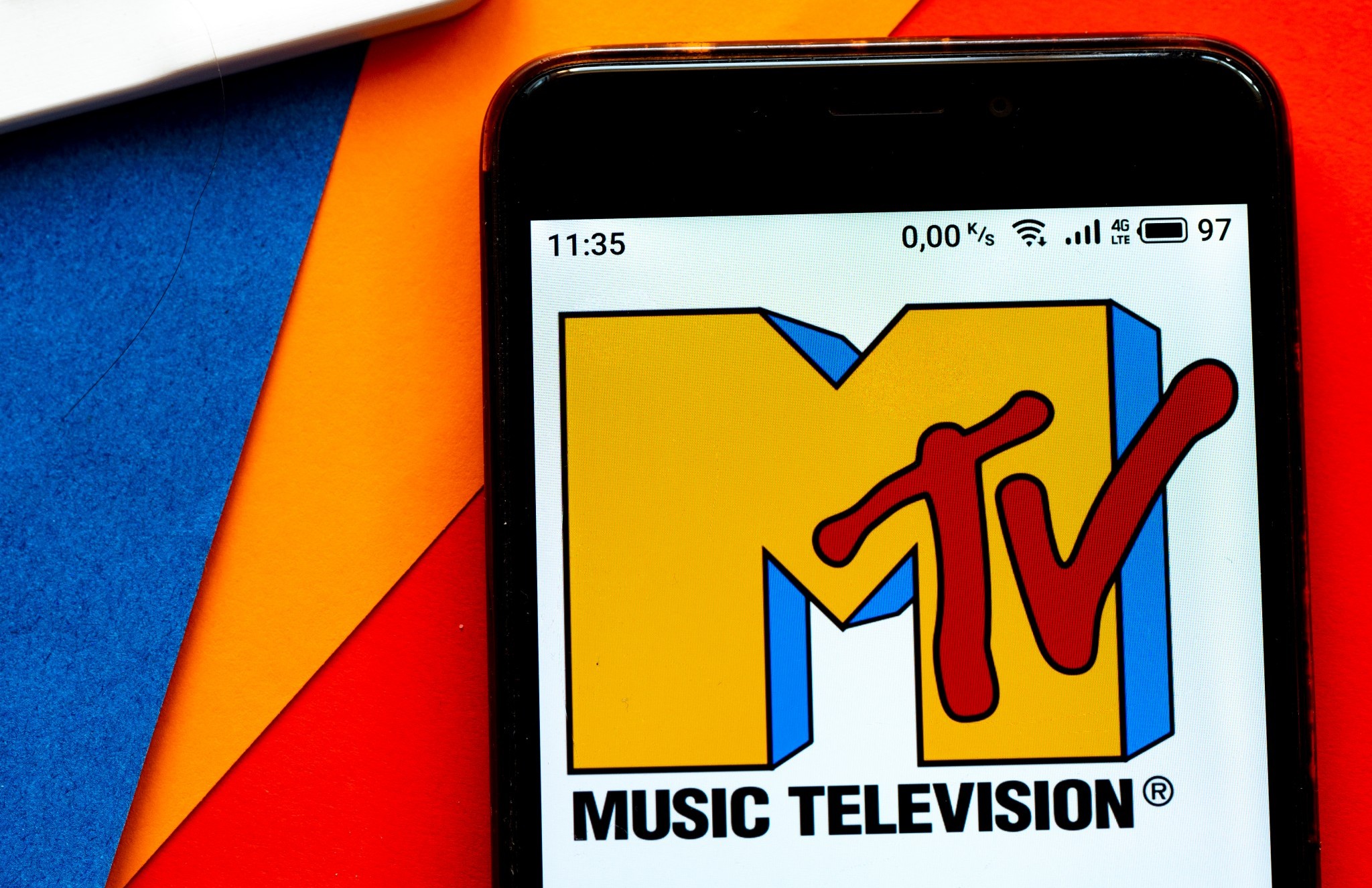 MTV turns 40 this Sunday. Did any adult child not named Lizzie Borden ever disappoint the parents more than the three-letter network?

“We’re the reason you have no attention span,” original VJ Mark Goodman quips in VJ: The Unplugged Adventures of MTV’s First Wave. “And you can pin reality TV on us too. You’re welcome.”

Yet, those first years were glorious.

From “Video Killed the Radio Star” as its prophetic opening to the evangelistic “I Want My MTV” crusade to spread the good news upon recalcitrant local cable companies to its giveaways of a little pink house, a lost weekend with Van Halen, and trip to the continent Asia to see the band Asia (in which the winner allegedly joined the mile-high club with VJ Mark Goodman on the flight), MTV broadcast as the coolest thing on cable when cable was cool. Even its 10-second station-identification bumpers bettered 30-minute shows on other channels. The early sets and personalities exuded a cable-access vibe but in a good way. It all seemed very personal, warm, and authentic.

The channel showcased A Flock of Seagulls, Spandau Ballet, The English Beat, Bow Wow Wow, and so many other British bands neglected by a sclerotic 1980s rock radio mired in the 1970s and fixated on a guitar-bass-drums, arena-rock sound. If video killed Billy Squier and other radio stars, it breathed new life into ZZ Top, Steve Winwood, The Kinks, Tina Turner, and other acts who had fallen from fashion. If no MTV, do we meet Men at Work, Big Country, Culture Club, Duran Duran, ’Til Tuesday, or Tears for Fears? Along with John Hughes movies, the Ronald Reagan presidency, and Mr. T, MTV defined the 1980s.

It served not so much as appointment viewing in its heyday as it did eye-arresting viewing, i.e., if you surfed through the channels MTV stopped the clicking and hypnotized (at least until the clicking started again). VJ Martha Quinn confesses to keeping her car service waiting because she could not stop watching MTV on the stolen cable in her apartment (the network initially paid her $26,000 a year, less than she had earned for a day’s work appearing in a single Kellogg’s commercial) to leave for work at MTV.

Is there a more fun four minutes than Cyndi Lauper’s “Girls Just Want to Have Fun”? Peter Gabriel’s “Sledgehammer,” A-ha’s “Take on Me,” and Art of Noise’s “Close (To the Edit)” showed that short-filmmakers could create visually-interesting art within the inherent limitations of the genre. That Michael Bay directed “I Touch Myself” by Divinyls, David Fincher “Oh Father” by Madonna, and Spike Jonze “Sabotage” by Beastie Boys — all very cinematic videos — before they made movie blockbusters shows the influence of MTV on Hollywood.

So at what point did MTV go wrong?

When it began in the mid-1980s to pickoff, one by one, the five original VJs? When Remote Control, the first non-musically themed show on the network, premiered to open the door for Singled Out, House of Style, The Real World, Sex in the ’90s, and other mission-creep programming (some, such as Liquid Television, The State, and Beavis & Butthead, quite good)? When the Dog Brothers, Tommy Cheeseballs, Charlie and Sabrina, and various other Outer Boroughs/Garden State-types obtained their 15 Minutes but unleashed decades of MTV looking at people from areas surrounding Manhattan as Margaret Mead looked upon those Samoans? When they hired so-serious, human-buzzkill Kurt Loder? When the network so thoroughly morphed into an auxiliary of Bill Clinton Enterprises that its producers planted questions, e.g., “Is it boxers or briefs?” — on the teenage participants at its manipulated-to-look-spontaneous presidential forum?

People who say “failure is an orphan” never witnessed any of the many and continuing MTV postmortems. Someone thinking about these matters more deeply traces the DNA of what killed the network to a more unlikely, at least in a murder case, suspect: Michael Jackson.

“We were ecstatic when ‘Billie Jean’ got added — art trumped format,” Martha Quinn reasoned in VJ. “What we didn’t see at the time was how it was the foot in the door to expanding the format. And then it became a constant exercise in expanding it a little more. How about a game show? How about a reality show?”

In other words, the matter that brought early MTV the most criticism, eschewing Michael Jackson and other black artists who did not fit the rock format, actually led to the station’s demise. Even if in 2021 our musical palates seem more catholic and less parochial than in 1981, radio stations still stick to tribal formats. One does not hear, for instance, Kenny Rogers’s “The Gambler” on any R&B or Top 40 station. Does that mean they hate prematurely graying men with beards?

Ironically, one imagines that J.J Jackson, whose favorite album, Roxy Music’s Avalon, ranks as the whitest release in history and whose friendship with Rod Stewart cooled after the former Faces frontman eschewed rock for disco and pop and whatever sold at the moment, probably wished to retain the rock format more than anyone else at the station.

The charge of “racism” ensured that when, henceforth, viewers said, “I Want My MTV,” they would get it, if at all, in small, segmented doses. Once MTV succumbed to CBS Records’s pressure campaign against it (the boycott ended with the music industry behemoth also forcing a Barbra Streisand video on the cable network), the floodgates opened. The station, which eventually featured Headbangers Ball, Yo! MTV Raps, Club MTV, and 120 Minutes, offered something for everybody to the point it became for nobody — at least nobody cool. It willingly ventured into an identity crisis from which it never recovered (perhaps by entering a 12-step program alongside A&E, Bravo, and the Headline News Network, it can again find itself).

It became passe long ago to lament MTV being passe for not playing music. The reemergence of videos, here and there, on the network evokes the adage “be careful what you wish for.” It’s not just that the videos now shown fail to prove 8-to-80, generationally transcendent, or penetrate the pop culture. They are objectively terrible. And music, so central to youth culture in the 1970s and ’80s as to define one’s social circle (dirtbags, freaks, jocks) and to even cause riots and fistfights, now yields in cultural importance to video games, superhero movies, social media, and recreational masturbation as favored pastimes.

“In the beginning, everyone told us MTV wouldn’t last,” network sweetheart Quinn reflected eight years ago. “As it turns out, they were right — our MTV doesn’t exist anymore. There’s no videos on the channel now; it’s Jersey Shore and Teen Mom and My Super Sweet 16. Recently, I was shopping at my local farm stand, and the farmer introduced me to a teenage girl. He told her, ‘This is Martha Quinn — she used to be on MTV.’” The girl responded, “Really? What show?”

MTV flipped formats. It never had the decency to change the call letters.