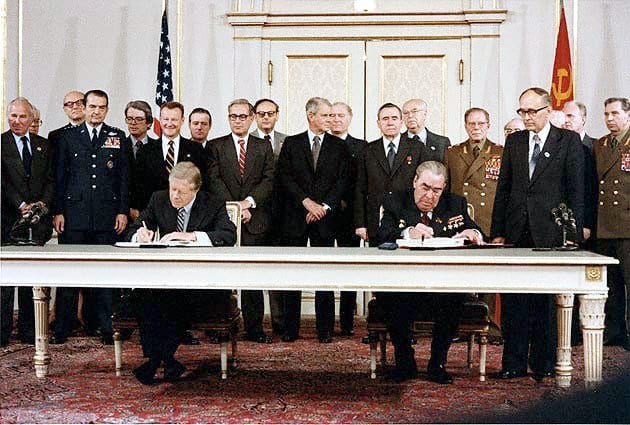 Senator John McCain described the Trump-Putin press conference in Helsinki as “one of the most disgraceful performances by an American president in memory.” “No prior president,” insisted McCain, “has ever abased himself more abjectly before a tyrant.”

Easy there, senator. Your knowledge of meetings between American presidents and Moscow tyrants is apparently quite limited. Plenty of examples would suffice, but let’s start with the very first: FDR and Stalin.

In fact, where to begin with that case example? My colleague Daniel Flynn yesterday raised the specter of FDR at Yalta — a perfect illustration, but we can go earlier. I could expend thousands of words laying out FDR’s jaw-droppingly awful assessments of Stalin across multiple meetings, conferences, and correspondence. Some of these were spouted directly by FDR to the man he fondly called “Uncle Joe,” whereas others were shared by FDR advisers who begged the president not to trust Stalin.

One such adviser was William Bullitt, FDR’s first ambassador to the USSR, who once had been gushingly pro-Bolshevik — until he spent a few years in the Soviet Union, where he was awakened by the death stench that was Stalinism. As he did with so many advisers, FDR rejected Bullitt’s warnings: “Bill, I just have a hunch that Stalin is not that kind of man…. I think that if I give him everything I possibly can and ask nothing from him in return, noblesse oblige, he won’t try to annex anything and will work with me for a world of democracy and peace.”

Look at those words from FDR, directed toward an abject tyrant who killed far more people than Vladimir Putin ever has: “If I give him everything I possibly can?” “Noblesse oblige?” “Will work with me for a world of democracy and peace?”

Could anyone be so deluded? So naïve? So duped?

A stunned Bullitt argued with the president, informing the Hyde Park patrician that he was dealing not with a British Duke but with a “bandit, whose only thought when he got something for nothing was that the other fellow was an ass.”

Bullitt pleaded with his president not to be Uncle Joe’s jackass.

Bullitt tried to tell FDR that there was no “factual evidence” that Stalin was a good man. FDR, however, saw Stalin as a “kind” man, a gentleman, one he could work with to advance democracy and peace. The president shook off Bullitt: “It’s my responsibility, not yours.”

Sure was. And the course FDR took was a disastrous one that helped pave the way for the Cold War.

Stalin had so hoodwinked the iconic New Dealer that the president mused that the mass-murdering atheist had taught him, Churchill, and other leaders of the free world something about the “way in which a Christian gentleman should behave.” Yes, Stalin, a “Christian gentleman.” FDR actually said that.

That bizarre FDR curiosity had transpired at the Tehran conference in 1943, where the Big Three met during World War II. Where might Stalin have acquired this alleged virtue that FDR somehow saw radiating from this man in the process of slaughtering tens of millions? The Episcopalian elder from Hyde Park looked upward for an answer: Perhaps it had been the dictator’s youthful training for the “priesthood,” deduced FDR. His years in seminary, from which Stalin was booted.

Of course, FDR’s greatest failure came at Yalta, held on Stalin’s home turf, the Crimea, from February 4-11, 1945, where the legendary liberal was totally snowed by Uncle Joe.

FDR’s hagiographers try to excuse his decisions at Yalta, but the hard truth is that FDR himself immediately conceded he had failed. He knew Stalin had exploited him. “I didn’t say the result [at Yalta] was good,” FDR told close adviser Adolf Berle when he returned home. “I said it was the best I could do.” He said the same thing to Admiral Bill Leahy. And he told Anna Rosenberg on March 23, 1945: “Averell [Harriman] is right. We can’t do business with Stalin. He has broken every one of the promises he made at Yalta.”

In a letter to Stalin on April 1, 1945, FDR lamented to the abject tyrant: “I cannot conceal from you the concern with which I view the development of events of mutual interest since our fruitful meeting at Yalta.”

Stalin surely chortled at that one. What was done was done. And FDR was done, too. He died mere days later.

That’s FDR, and I’ve here limited my presentation to a few quotes and anecdotes. Believe me, I could go on.

As to what Donald Trump said in Helsinki aside Vladimir Putin, I’ve read his words closely, and I don’t like them. I’m not excusing them. Bad as Trump’s words were, however, none of them were as bad as what FDR said and — most important — actually did through multiple encounters with Stalin. Consider: There would not have been a Trump-Putin meeting in Helsinki in July 2018 if Franklin Roosevelt hadn’t conceded half of Europe to Stalin at Yalta in February 1945. And yet, none of what FDR did there has dented his iconic image among liberals who revere him as one of America’s greatest presidents.

But let’s go beyond FDR. What about other American presidents and Moscow dictators compared to Trump and Putin?

My friend Ralph Peters, who I greatly respect, says that a “groveling” Trump “licked the boots”of Putin in Helsinki. In saying that, of course, Ralph Peters isn’t being literal. Jimmy Carter, however, literally kissed the cheeks of Leonid Brezhnev in Vienna in June 1979. That smooch of the Russian bear was a perfect metaphor for four years of Carter groveling before communist kingpins from Moscow to Warsaw. Carter’s loathsome statements of adulation for Yugoslav despot Marshal Tito from the White House Lawn in March 1978 — calling the dictator “a truly remarkable leader,” a “patriot,” and an “inspiration” — make Trump’s worst statements about Putin look Reaganesque.

Let’s remember President John F. Kennedy with Nikita Khrushchev in Vienna in June 1961. Kennedy sighed to James “Scotty” Reston of the New York Times that Khrushchev had rolled right over him and “thinks I’m weak.” “He just beat the hell out of me,” Kennedy told Reston. “It was the worst thing in my life. He savaged me.”

He sure did. It’s no coincidence that the Berlin Wall started going up in East Germany mere weeks later, and that missiles started appearing in Cuba.

And then there was Gerald Ford’s performance in Helsinki with Brezhnev in July 1975, which I wrote about here two weeks ago. A grinning Ford celebrated the signing of a “human rights” agreement with Moscow that was a sham and a farce.

So, John McCain thinks this was the worst performance ever by an American leader with a Russian leader? No, not even close, Senator McCain. Not even close.

Paul Kengor is professor of political science at Grove City College. His books include A Pope and a President: John Paul II, Ronald Reagan, and the Extraordinary Untold Story of the 20thCentury and Dupes: How America’s Adversaries Have Manipulated Progressives for a Century.