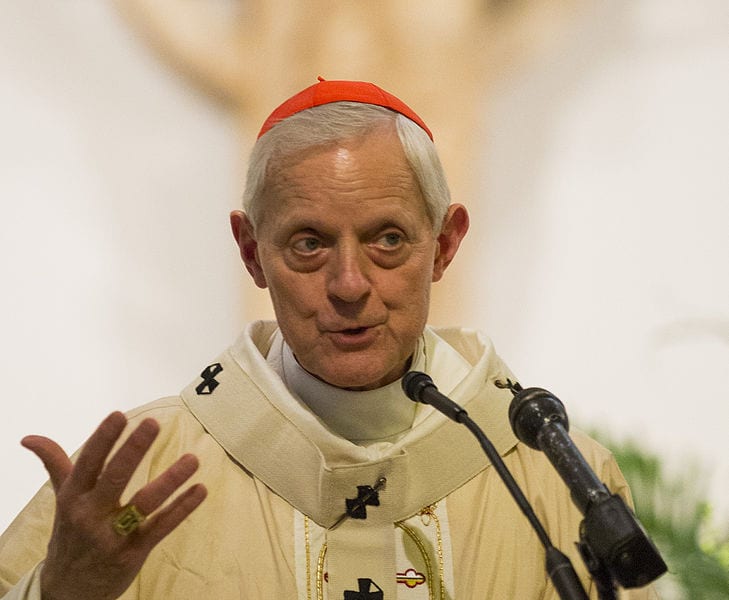 The grand jury report in that Pennsylvania child rape case involving several hundred Catholic priests which surfaced last week is, as Michael Brendan Dougherty termed it at NRO Wednesday, a Rotherham for the Church. But unlike Rotherham, a case in which a ring of Muslim pedophiles and rapists latched on to local ethnic English girls and turned them into an extended harem of prostitutes, there will be no institutional cowardice involving politically correct politicians and law enforcement officials wishing the horror away.

Pennsylvania won’t be swept under the rug. Nor should it. And after years of pedophilia scandals engulfing the Church, with promise after promise that the problem has finally been banished to the hell from whence it came, the public is eventually going to demand its pound of flesh for the clergy’s sins. We’re going to see that made manifest as that case goes to trial in the weeks and months to come.

As we should. When the Church’s response to the news that more than 300 priests over six separate dioceses were found to have abused — in some cases with satanic profligacy — more than 1,000 children in their care is “We are deeply saddened,” it isn’t acceptable. It’s abominable.

“Saddened” is a categorically wrong sentiment. Where is the shame? They’re Catholics, after all. Catholics do shame as well or better than anyone. And if anyone in Western society deserves that shame, it’s a pedophile priest. But instead of shame, despite all those years of assurances the Church was cleaning up its act, these monsters are clearly getting protection — they’re shuffled off to another parish with a slap on the wrist and a non-disclosure agreement for fear of the kind of reckoning brewing in Pennsylvania. And that tells us something we would rather not know — namely, that the Church could be corrupt all the way to the top.

Which is hardly to say that all Catholic priests are guilty of this horror. But it is to say that until pedophilia is banished from the Church — until those guilty of sexually abusing children they’re supposed to instruct in the moral tradition which serves as the basis for Western society without making them sexual playthings along the way are turned over to law enforcement upon their discovery, rather than sheltered and harbored by a hierarchy more interested in damage control than righteousness — the Church cannot claim standing to instruct us on morality, ethics, and truth.

And this is a calamity, because we need the Church now more than ever. Our culture is rotting and our morality is falling away with breakneck speed. Catholicism used to be one of our bedrock institutions insuring we wouldn’t lose our way; now, it lies broken thanks to the failure of its leadership to address a wrong worse than the damage to its reputation the monsters in its clergy have exposed it to.

After Rotherham, our outrage was rightly directed at a morally deficient culture imported to the West from some of the worst hellholes in the world. Pennsylvania is worse — it exposes our own culture as similarly deficient, and doubly so because while our standards might be far higher than those of the Pakistani and Arab mobsters who abused those English girls, Pennsylvania suggests we lack the mettle to live by them.

And that isn’t good enough. If the Church can’t lead the fight against something so evil as pedophilia within its own ranks, then it must be torn down and rebuilt from the ground up.

Speaking of Western culture, apparently you’re not allowed to defend it publicly and draw a salary from a public entity in this country. That’s what Brian Green, a sheriff’s deputy from Plaquemines Parish, southeast of New Orleans, found out Thursday when he was fired for being a member of the Proud Boys.

What’s so terrible about the Proud Boys? Apparently, because to be one requires making a public statement that you’re a “Western chauvinist,” meaning that you recognize Western civilization as the most advanced and influential on the planet.

How anyone can choose to live in America and not be a Western chauvinist is difficult to understand; if you don’t think Western society is better than African, Middle Eastern, Chinese, Indian, or Micronesian society, you are certainly free to join those alternatives. No one ever seems to; in fact, they come here.

But Western chauvinism is, in our stupid 21st century self-flagellating political correctness, apparently racist. This despite the fact there are lots of Proud Boys who happen to be black, Hispanic, Jewish, Asian, and lots of other racial and ethnic varieties beyond the typical European model. You don’t have to be white to appreciate Western society — aren’t we told over and over again that diversity is what makes us strong?

So here’s what should happen from now on. From now on it’s time to scour the Facebook and Twitter accounts of every public employee we can find, and any one of them — teachers, librarians, bureaucrats, cops, sanitation workers, bus drivers — who show themselves to be members of Antifa or Black Lives Matter ought to be named and shamed, and hounded out of their jobs.

Because if we don’t have the First Amendment right to belong to what clubs we want, when those clubs aren’t “racist” or “supremacist” or “bigoted” — the only people calling the Proud Boys a “hate” group are the scam artists at the Southern Poverty Law Center, for crying out loud, and any credibility the SPLC ever had was gone long ago, and the cyberfascists who run Twitter — then what’s sauce for the goose is appropriate for the gander. Let’s have a little Social Justice for everyone, and let’s see how the other side likes it.

Bernie Sanders, of all people, accused the Republican Party of being “bankrupt intellectually” on Wednesday. Can you imagine that? The wrinkled old Vermont communist Bernie Sanders, who made his name by pimping Soviet socialism as the hippie mayor of Burlington until the collapse of the USSR and then jumped in bed with Hugo Chavez until the nightmare of Venezuelan socialism was made manifest and now won’t answer questions about why the water taps are empty in Caracas and a nation covered in trees has no toilet paper, has the unmitigated gall to talk about intellectual bankruptcy?

Sanders is making a million dollars a year fleecing stupid socialists in this country. At what point does that whitened sepulcher of a man become exposed?

Speaking of frauds, it’s been a hell of a week for the alumni of Louis Farrakhan’s insane Nation of Islam, hasn’t it? First, there was that raid in New Mexico of that terrifying jihadi training camp in which Muslim radicals were training half-starved children to be school shooters, and the ringleader of the jihadis involved turned out to be the son of New York radical imam Siraj Wahhaj, a former Nation of Islam stooge-turned-unindicted co-conspirator in the 1993 World Trade Center bombings.

And then there was Farrakhan’s most famous protégé Keith Ellison, the only Muslim member of Congress, who’s running for Attorney General in Minnesota. It turns out Ellison, who is the deputy chair of the Democratic National Committee, is a serial abuser of women.

The news isn’t all bad for the Farrakhan alumni, of course. The Wahhaj gang in New Mexico were set loose on bail by a Democrat judge, and it’s a decent bet at least some of them are in the wind despite the judge’s instruction to wear ankle monitors. And Ellison, despite the revelations of his behavior, won the Democrat primary in the Minnesota attorney general’s race.

Which reminds us of Pennsylvania. What’s the point of having standards when no one has the courage to impose them?