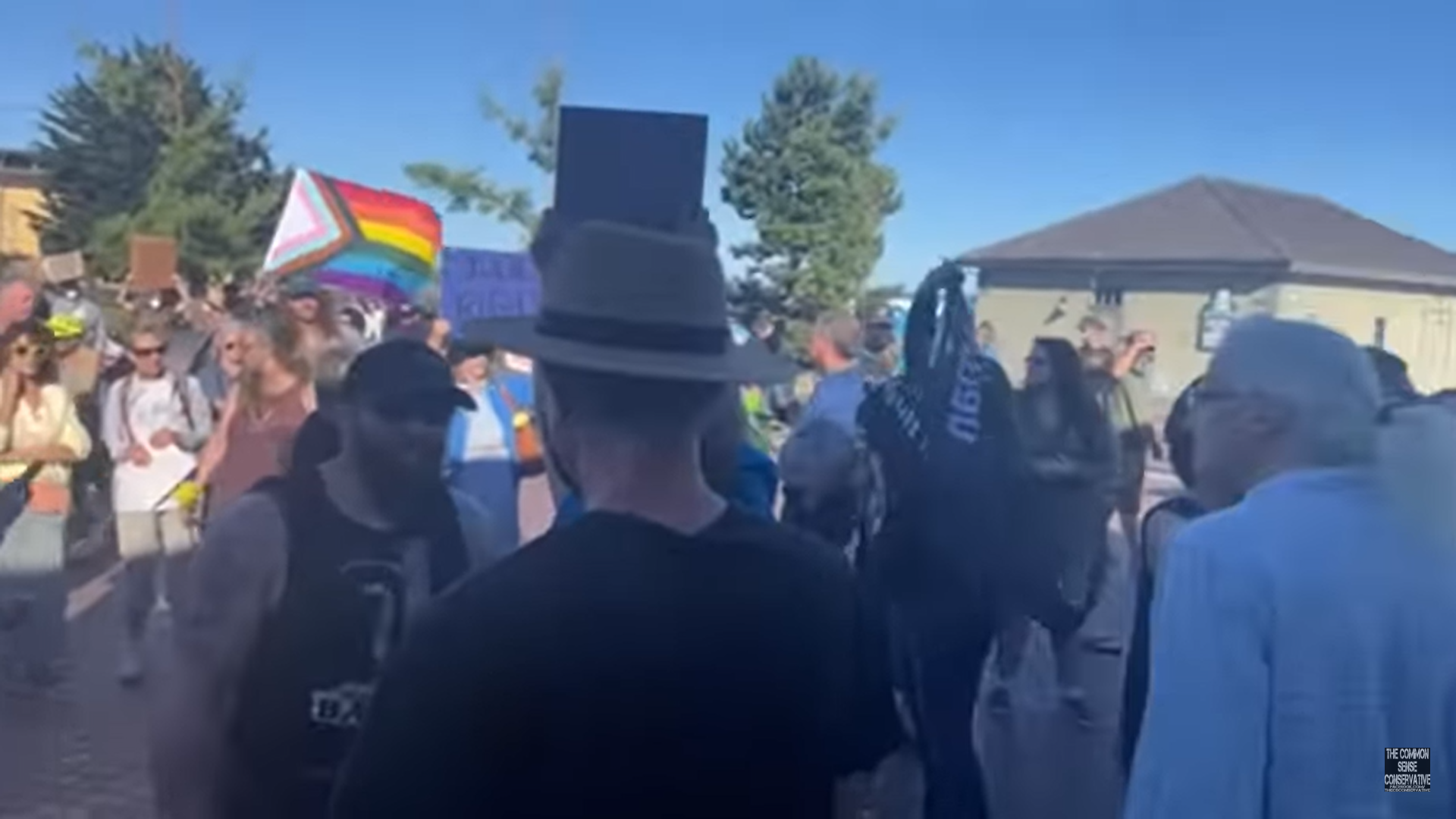 On Monday, LGBTQ activists and Antifa members attacked supporters of an 80-year-old woman banned for life from the YMCA in Port Townsend, Washington, for protesting the presence of a man in the women’s restroom. When the attack occurred, Julie Jaman and her supporters were holding a rally to protest her suspension from the YMCA.

According to rally participant Amy Sousa, the mob of LGBTQ activists and Antifa members pinned the rally attendees against an adjacent wall. Sousa said members of the mob were crawling between their legs, assaulting them, stealing their possessions, and attempting to shut down their sound system. The mob also shouted over Jaman while she was speaking and used noisemakers to disrupt the event.

Jaman was banned on July 26 after she complained about a man in a woman’s bathing suit watching a group of little girls undressing in the restroom. Jaman confronted the man, who is a YMCA employee, and questioned whether he had male genitalia, to which Jaman says she was told “it was none of my business.” She demanded that the individual leave the room and was immediately castigated by a different YMCA staffer who reported the incident.

At least one of the rally attendees said she plans to file assault charges with law enforcement.