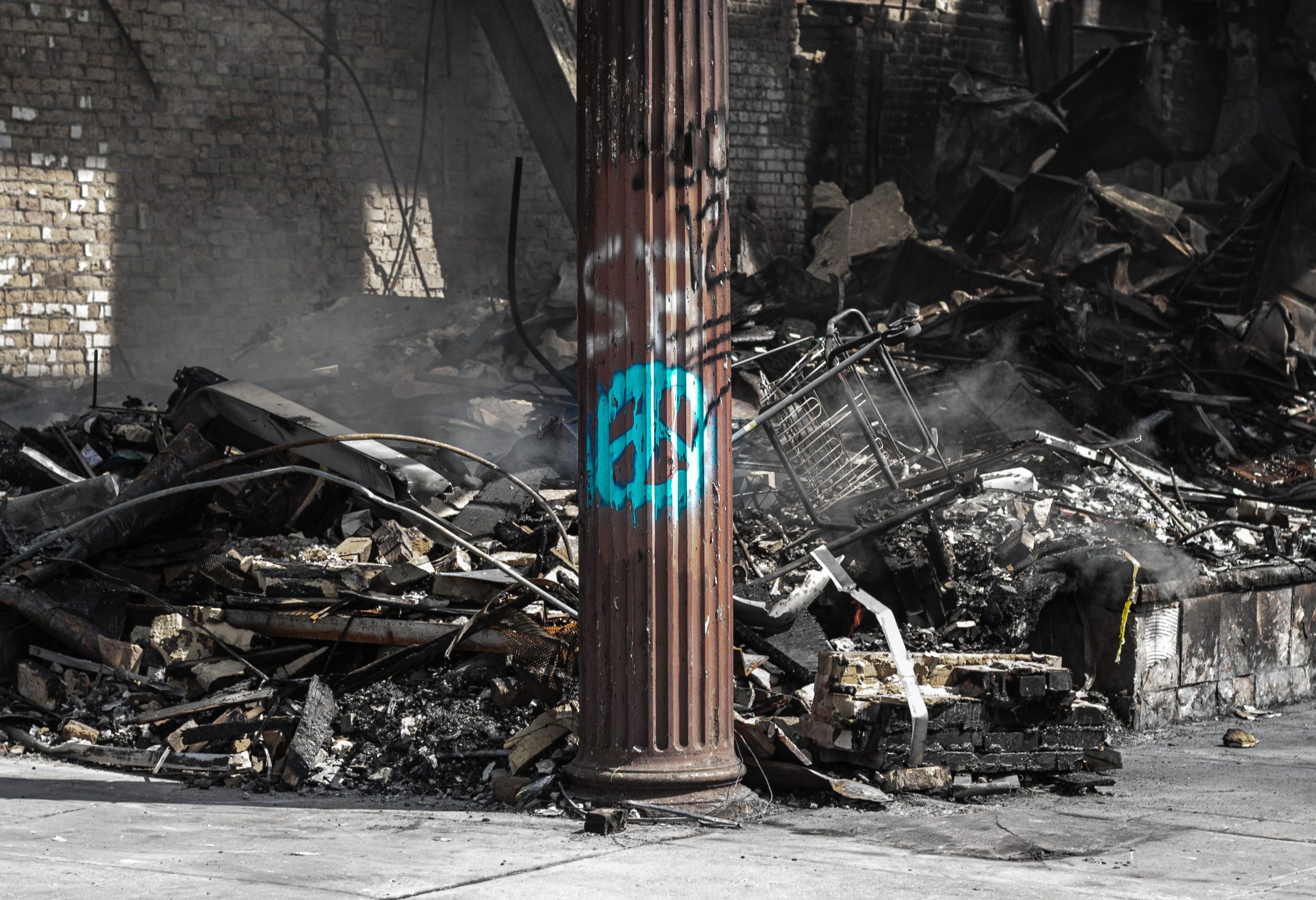 Call it the most expensive street party of the decade.

Preliminary estimates of the property damage caused by the riots, lootings, and arson in the Twin Cities region of Minnesota come to about $500 million across more than 500 businesses, according to the Star Tribune. This potential price tag represents a dramatic increase from an earlier cost of $55 million cited by officials for Minneapolis.

The half-billion figure, if it holds up, would make the Twin Cities riots the second most destructive civil disturbance in the country’s history. The 1992 Los Angeles riots cost the insurance industry alone $775 million at the time, or around $1.4 billion adjusted for inflation. About half of small businesses in the U.S. aren’t insured.

Of course, the Twin Cities riots have been accompanied by other violent demonstrations in nearly every major metropolitan area in America over the past two weeks. Specific damage figures have yet to be calculated for other cities, but have been estimated to be in the “tens of millions” in places like New York City.

The numbers could continue to climb. While the worst of the unrest appears to have subsided, protests continue and violence could easily return. In Seattle, armed anarchists have occupied a section of the city abandoned by police, declaring it an “autonomous area” and a “cop free zone” and barricading the streets.

This immediate cost to the Twin Cities’ businesses does not, thankfully, pose a major danger to the cities as a whole, whose metropolitan area has a GDP of over $200 billion. Longer-term damage, however, is harder to account for, as existing business owners flee and prospective entrepreneurs are discouraged. The planned relocation of just one manufacturing firm, whose owner has condemned local officials for failing to protect his business, will cost the city 50 jobs. Far away in Chicago, Mayor Lori Lightfoot has been begging Walmart and CVS not to leave the city after both stores were looted and heavily damaged.

The economic damage in both the short and long term will be unevenly distributed in places like Minneapolis, where most of the chaos occurred along a five-mile stretch of Minneapolis’ central Lake Street. This happens to be right in the middle of one of the city’s largest concentrations of black and Hispanic residents. So much for minority advocacy.