A politician’s decision to lose weight has come to be seen as a marker that he is preparing to seek higher office.

So when the former secretary of state under Trump, Mike Pompeo, shed 90 pounds in the latter part of 2021 — a transformation that has radically altered his facial features and rendered him unrecognizable from just one year ago — it set off a buzz that he was planning to announce his candidacy for president.

On Thursday, the New York Post published an interview with Pompeo on his remarkable weight loss. The tabloid sent a photographer to capture Pompeo in his basement weight room, standing grinningly with his arms crossed while wearing jeans and a West Point T-shirt. The Harvard Law–educated former congressman from Kansas graduated first in his class from West Point in 1986. 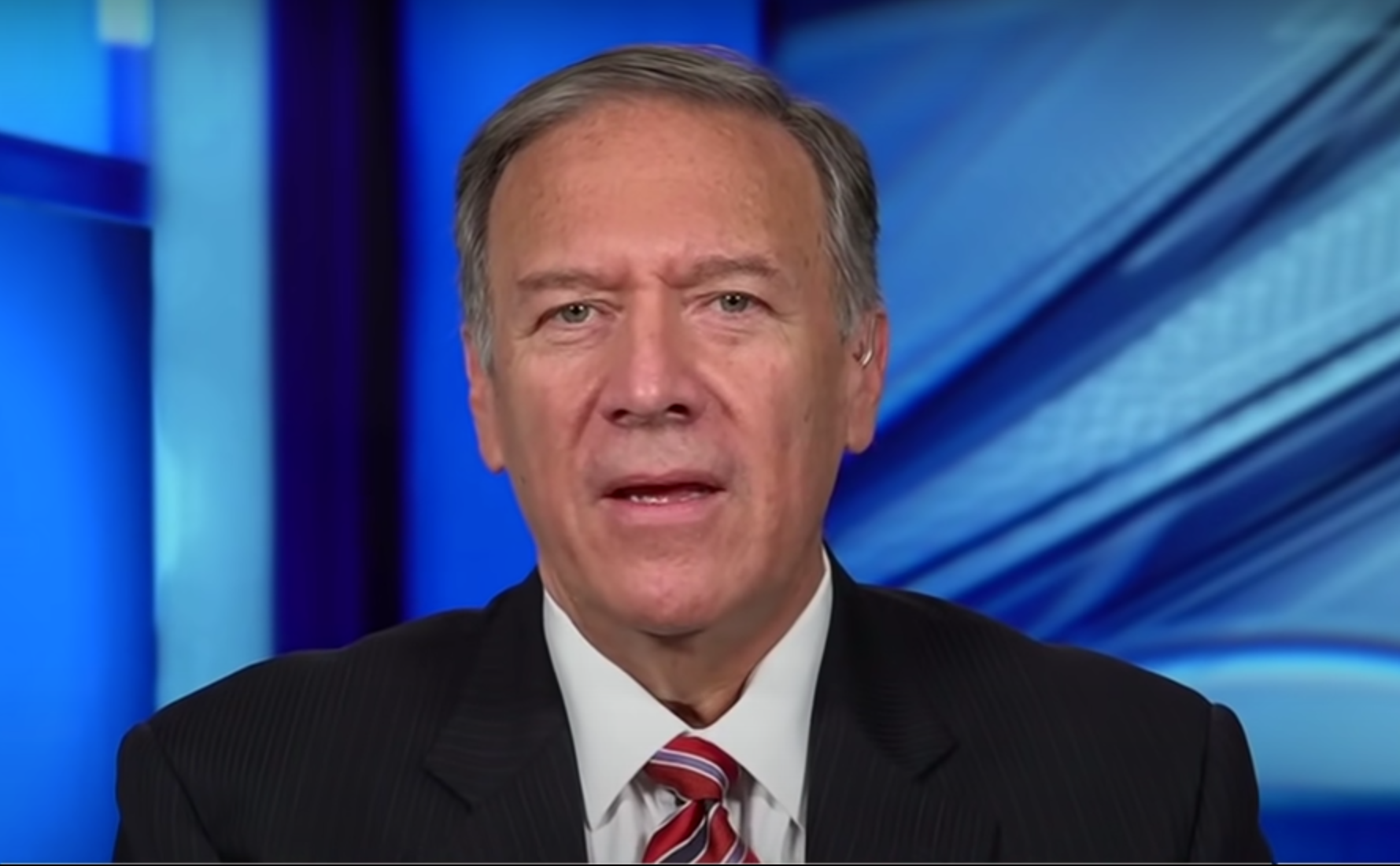 Pompeo appears on The Ingraham Angle on January 6, 2022, to call for athletes to boycott the 2022 Winter Olympics in Beijing, China. (YouTube/Fox News)

When the Post inquired whether he lost the weight in preparation for a 2024 presidential run, he laughed at the question and said the weight loss was really geared at being around to spend time with his future grandchildren. (His son, Nicholas, whom he adopted in 2000, is getting married in July.) “I want to be there for my family and hopefully lots of grandchildren,” he told the Post. 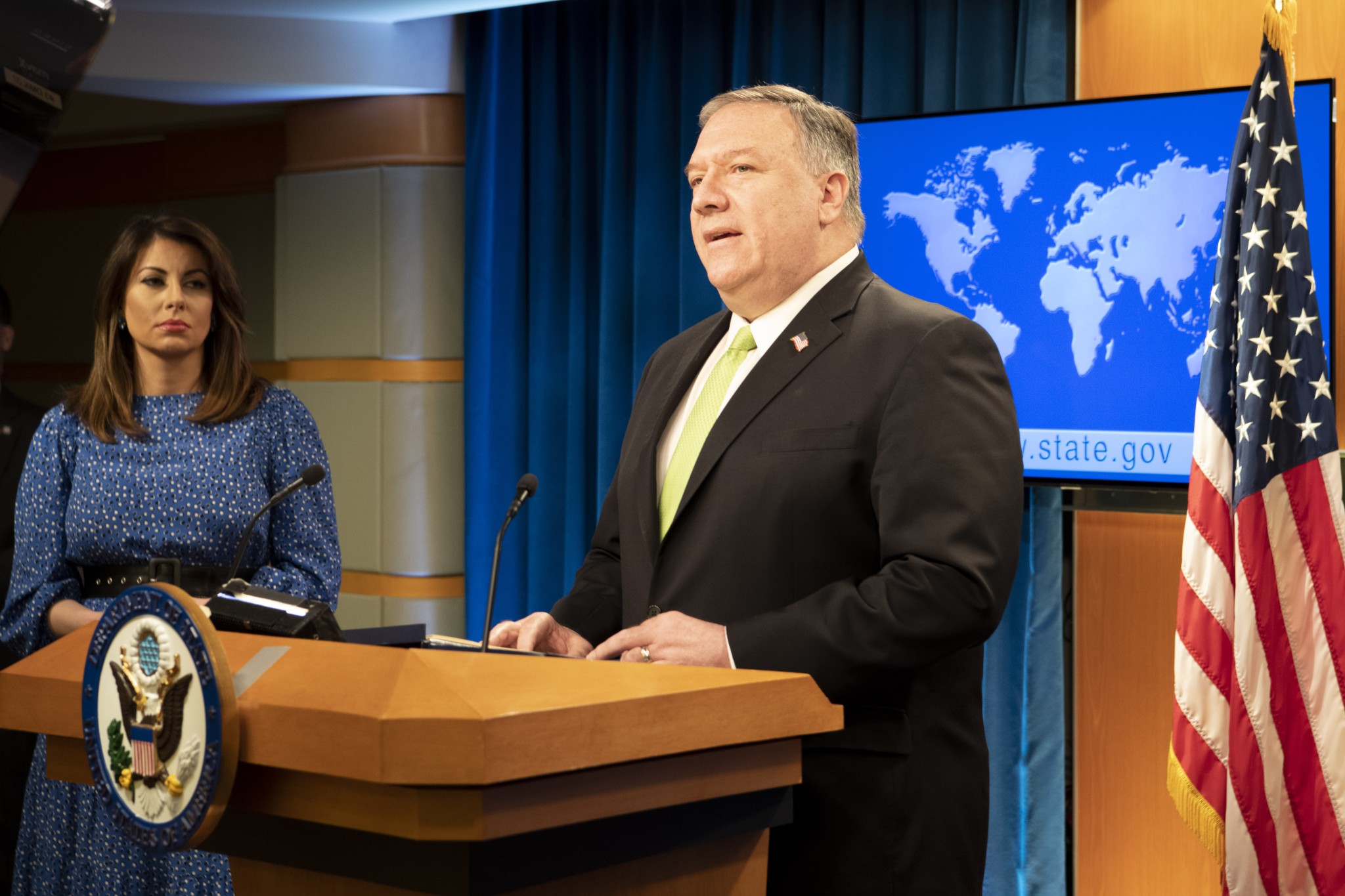 Pompeo delivers remarks to the media in the Press Briefing Room, at the Department of State in Washington, D.C., on May 20, 2020. (State Department Photo by Freddie Everett)

Back in February 2013, former New Jersey Gov. Chris Christie underwent gastric banding surgery and went on to shed 100 pounds. After undergoing the surgery, Christie was interviewed by the New York Post and gave a similar explanation as Pompeo when asked whether his weight-loss goals were aimed at preparing for a presidential run: “For me, this is about turning 50 and looking at my children and wanting to be there for them.” Christie would go on to announce in June 2015 that he was running for president.

Christie’s announcement followed years of rapt media attention over his weight and speculation over what it would mean for a potential presidential run.

In December 2012, ABC’s Barbara Walters provocatively asked Christie whether he was too overweight to be an effective president. “That’s ridiculous,” said Christie. “I mean, that’s ridiculous. I don’t know what the basis for that is.”

Chris Cillizza meanwhile wrote in the Washington Post about that interview, “Politically, Christie’s weight will be a constant topic of conversation” in a presidential race. He noted, “How you look in politics matters.”

“Running for president in this modern age,” Cillizza said, “has become as much about who you are as what you believe. Selling the narrative of a life trumps all — in the minds of many voters and most of the media.”

At the time, it was speculated that if Christie shed some weight, it would be an indication that he was planning to run for president. That speculation proved correct, as the New York Times reported in 2014 that Christie bragged to potential campaign donors that he had lost 85 pounds since undergoing weight-loss surgery.

In 2011, the former governor of Mississippi, Haley Barbour, frequently joked that a person could ascertain the likelihood that he would run for president by his weight loss. Barbour didn’t lose the weight — and he didn’t declare his candidacy. Similarly, observers correctly concluded that Al Gore would not launch a bid for the presidency in 2008 because he was still tipping the scales.

Pompeo’s weight loss is just one indication that he is considering a bid for the presidency. He is already following a tried-and-true path to prepare for a run: campaigning for and supporting Republican candidates in the midterms. In June, he announced that he was starting the Champion American Values PAC to help elect Republicans. When Pompeo was asked whether he was planning a run for president following that announcement, he said that he hadn’t “given it enough thought” because he was focused on the midterm elections.

Pompeo also made several visits to the crucial primary states of Iowa and New Hampshire in 2021. His appearance in Iowa in March kicked off the start of CSPAN’s “Road to the White House 2024” coverage. Past cycles of the coverage have begun by covering appearances made by Mitt Romney, Ted Cruz, and Joe Biden.

Notably, Pompeo was advertised by the conservative organization hosting him in Iowa as a “loyal defender of President Donald J. Trump during his administration.”

That brings into focus what kind of bid for president Pompeo might launch. He was close with and loyal to former President Donald Trump throughout his presidency, serving as director of the CIA for the first 15 months of Trump’s presidency before taking on the role of secretary of state for the remainder of it. While he was loyal to Trump, Pompeo represented none of Trump’s bombastic personality, instead taking on a practical and professional demeanor.

As secretary of state, he helped broker multiple peace deals between Israel and Arab countries, was closely involved in the assassination of Qasem Soleimani, and was part of the first U.S. presidential administration in decades in which no foreign wars or interventions began. During his tenure, he announced that the State Department had concluded that China had committed “genocide and crimes against humanity” against the Uyghur people and changed U.S. policy to no longer view Israeli settlements in the West Bank as a violation of international law. Pompeo also engaged in peace talks with North Korea. In April, he said that he “regrets” not making more progress on getting the rogue nation to step down its nuclear program. 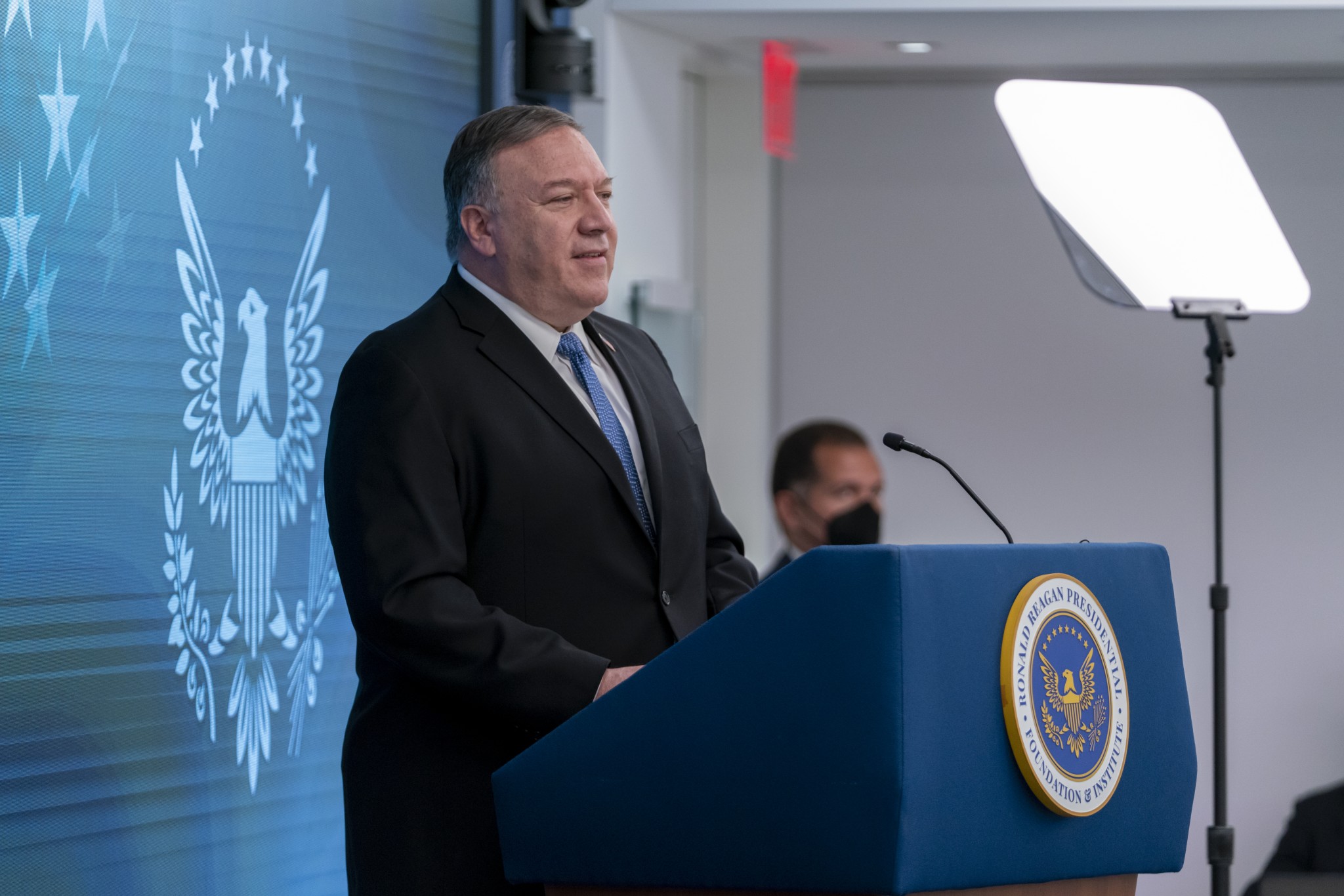 Pompeo delivers remarks at the Virtual Launch of the Ronald Reagan Institute’s Center for Freedom and Democracy, in Washington, D.C, on November 10, 2020. (State Department photo by Ron Przysucha)

In 2019, Pompeo delivered a speech titled “On Being a Christian Leader,” which drew the ire of Democrats for bringing religion into governance. In the speech, which sheds light on what sort of leadership style he believes himself to have, he argued that the “first area” of Christian leadership is “how you carry yourself,” saying,

Every day, as Secretary of State, I get a real chance to be humble, because I get to see the great work that my team is doing.  I, like many of you, am also confronted with highly complex problem sets, and I need wisdom to try and make the right calls. I need to admit what I don’t know and try to learn it, to ask the questions that others might find obvious and be unembarrassed, and to accept conclusions when the facts are presented that might go against whatever preconceived notion that I might have had.

Indeed, this disposition is my duty; it’s my duty to the American people to pursue the outcomes based on an honest analysis of the facts as they present themselves.  We know this, too — we see this in our lives: Pride can get in the way of that. But wisdom comes from a humble disposition.

That perspective sounds quite different from that of his former boss. And while Pompeo is seen as a Trump loyalist, ABC News’ Jonathan Karl claimed in his book Betrayal that Pompeo and Secretary of the Treasury Steve Mnuchin discussed a plan to use the 25th amendment following the Jan. 6 riot at the Capitol.

In April, Fox News CEO Suzanne Scott announced that Pompeo would be joining the network as a contributor. Since then, Pompeo has made regular appearances to speak on foreign policy issues and has often criticized the Biden administration for projecting weakness on the world stage. Pompeo could use that foreign policy experience to project himself as someone who could defend America in a presidential race that will take place in a more dangerous world, with China and Russia both threatening to pursue military action and increasingly cooperating.

With his radical weight loss, the launch of his political action committee, and the furthering of his public appearances, Pompeo is showing every sign that he intends to run. He even acknowledged back in 2019 that he is interested in launching a presidential bid, saying, “America’s given me an awful lot, and if I thought I could do a good turn, there’s nothing I wouldn’t consider doing for America.”

What remains to be seen is how Pompeo will strike the balance between embracing and differentiating himself from Trump, especially if the former president runs again.