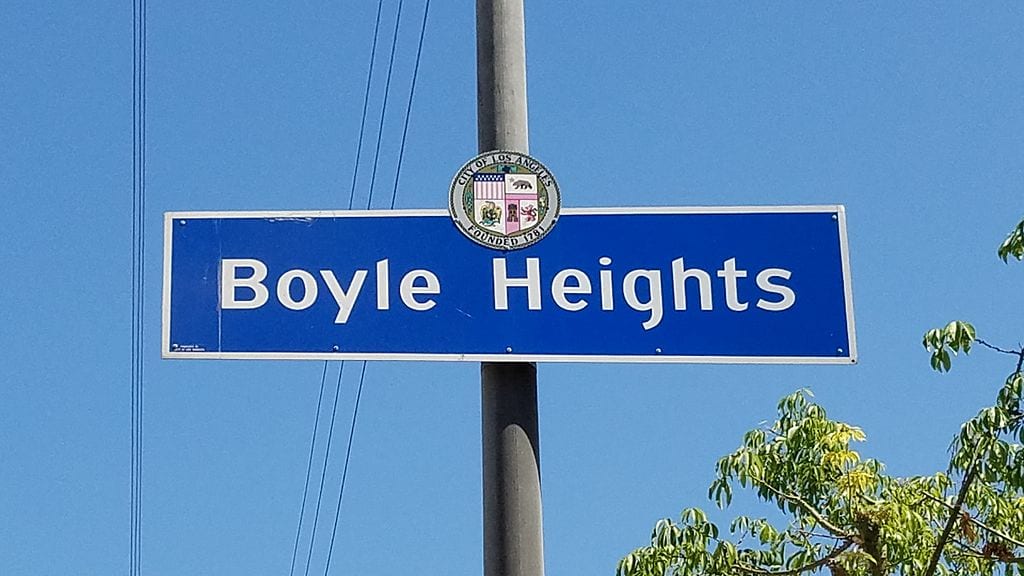 America’s greatness, they say, is built on its patchwork cultural foundation.

The ability of numerous and varied peoples to peacefully live side by side, each contributing their best while recognizing the best of others, is the backbone of the American experiment.

This “melting pot” mentality produced a stew so rich that in a little over a century and a half after its founding America would become the greatest country in the world, dominating the 20th century economically and militarily and ushering in the greatest era of peace and prosperity humanity has ever known.

There is often friction, but the United States, exceptional for many reasons, is particularly exceptional in its ability to eventually, and usually peacefully, find common ground in the cultural overlaps.

These days, however, that uniquely American quality is in danger of going the way of the Dodo as far left activists, under the guise of “anti-gentrification,” are launching an all-out assault on residents and entrepreneurs attempting to live and establish businesses in predominantly minority communities.

From Chicago to Austin to Denver to damn near anywhere with a sufficient concentration of angry liberals, “anti-gentrification” has become a rallying cry for the left’s identity politics-obsessed radicals.

And ground zero is Los Angeles’ Boyle Heights neighborhood, an enclave in the throes of a particularly ugly struggle centered around class and race.

Incidents abound, but the most recent featured anti-gentrification activists shamelessly disrupting the opening of a coffee shop because its proprietor is both — prepare yourself — Jewish and pro-Trump. The horror!

[P]rotesters held signs and screamed at patrons in front of Asher Caffe & Lounge… to speak up against [the coffee shop owner Asher] Shalom, who they called “an anti-immigrant trump loving gentrifier…”

Their evidence? A Facebook post by Shalom in which he declared: “I wish Democrats would fight as hard for Americans, as they do for illegals.”

Talk about tolerance. Who knew asking politicians to do their jobs was such a controversial act?

Shalom had previously received accolades from Latino politicians and was invited to join the community’s Chamber of Commerce, an invitation that was revoked due to his now-infamous Facebook post.

But Shalom’s story is merely the most recent episode in a coordinated campaign by Boyle Heights activists to frighten away those looking to contribute to their community but who are, sadly, not sufficiently liberal or Latino.

A series of vandalisms aimed at scaring away white business owners who had the audacity to invest and raise property values in the neighborhood made global headlines a couple of years ago. Per the Guardian:

Police in Los Angeles are investigating the vandalism of art galleries in a Latino neighbourhood, including the spray-painted message ‘f–k white art’ as possible hate crimes.… A coalition of community leaders and left wing militants has mobilised over the past year to protest, confront and in some cases intimidate galleries whom they fear will pave the way for development that will push out residents and erase a cradle of Chicano identity.”

The hypocrisy is stunning, only outdone by the fact that the rabble rousers, almost certainly devout socialists, are attempting to profit from their mischief by peddling “F–k White Art” tee-shirts.

But Boyle Heights is but a microcosm of the much larger anti-gentrification debate, one that is growing increasingly wrought with hyperbole and misinformation.

The movement’s bigoted narrative is proudly backed by bubble-bound celebrities such as Spike Lee, who made headlines decrying an influx of whites into his beloved Brooklyn Bedford-Stuyvesant neighborhood back in 2014, when he ranted:

My father’s a great jazz musician. He bought a house in nineteen-motherf–kin’-sixty-eight, and the mother–kin’ people moved in last year and called the cops on my father.… Nah. You can’t do that. You can’t just come in the neighborhood and start bogarting and say, like you’re mother–kin’ Columbus and kill off the Native Americans.

Only someone as aloof as Lee, who has spent decades removed from common society, could equate buying a house or opening a business with genocide.

Ironically, his argument bears an eerie resemblance to the liberal narrative of the Seventies and Eighties, in which Caucasian families were accused of bemoaning the migration of Hispanics and African Americans into the suburbs, thus potentially reducing the property values. (In Lee’s example, however, his father’s house is now worth exponentially more thanks to the influx of hipsters Lee so despises, and who in all likelihood pay to see his movies.)

It seems the far left, in their quest for equality, have become as equally racist as those they supposedly oppose.

It’s a fascinating and tragic transformation that raises a fundamental question about these communities’ ideals: if America’s greatness is predicated on the idea of countless cultures tolerating one another for the greater good, why are certain populations of immigrants, and the far left in general, waging war against a single demographic?

Much has been made of the failure of certain Latino communities to assimilate, which is in itself troublesome, but adopting a multicultural identity over one’s own nationality is no doubt difficult.

After all, it’s not as if the Irish, Italians, Swedish, Norwegians, Japanese, and numerous other immigrant communities willingly adopted America’s melting pot principles. Oh wait, they did.

In fact, accepting other cultures into one’s own backyard may well be the most critical component of assimilation into American society.

Like it or not, America’s melting pot also includes Caucasians and the wealthy, and if we are to be a singular fabric, the anti-gentrification activists will have to come to terms with the fact that our communities are fluid, and a critical component of “being American” means recognizing the right of a different culture to live alongside your own.

But the left’s insistence on identity politics, and the related anti-white sentiment that goes along with such nonsense, is wholly antithetical to what was once considered (particularly by the left) to be the key ingredient in America’s unprecedented success.

Nothing illustrates this better than Trump’s presidency, in which unhinged liberals have made it their mission to completely exclude Trump’s allies and supporters from whole segments of American society.

The laughably partisan “men’s magazine” GQ has suggested ruining Thanksgiving if members of your family support the President; academics have called for banning Trump administration officials from university appointments and honorary degrees; and a sitting Congresswoman has called for their harassment.

Other examples abound, sadly. As the left loves to say of the current administration, “this is not normal.”

So while today’s left cry and moan about “Russia,” and the end of the American republic, keep in mind that they value very little, if anything, that America stands for.

Including the right of different cultures to live side-by-side in peace and relative harmony.