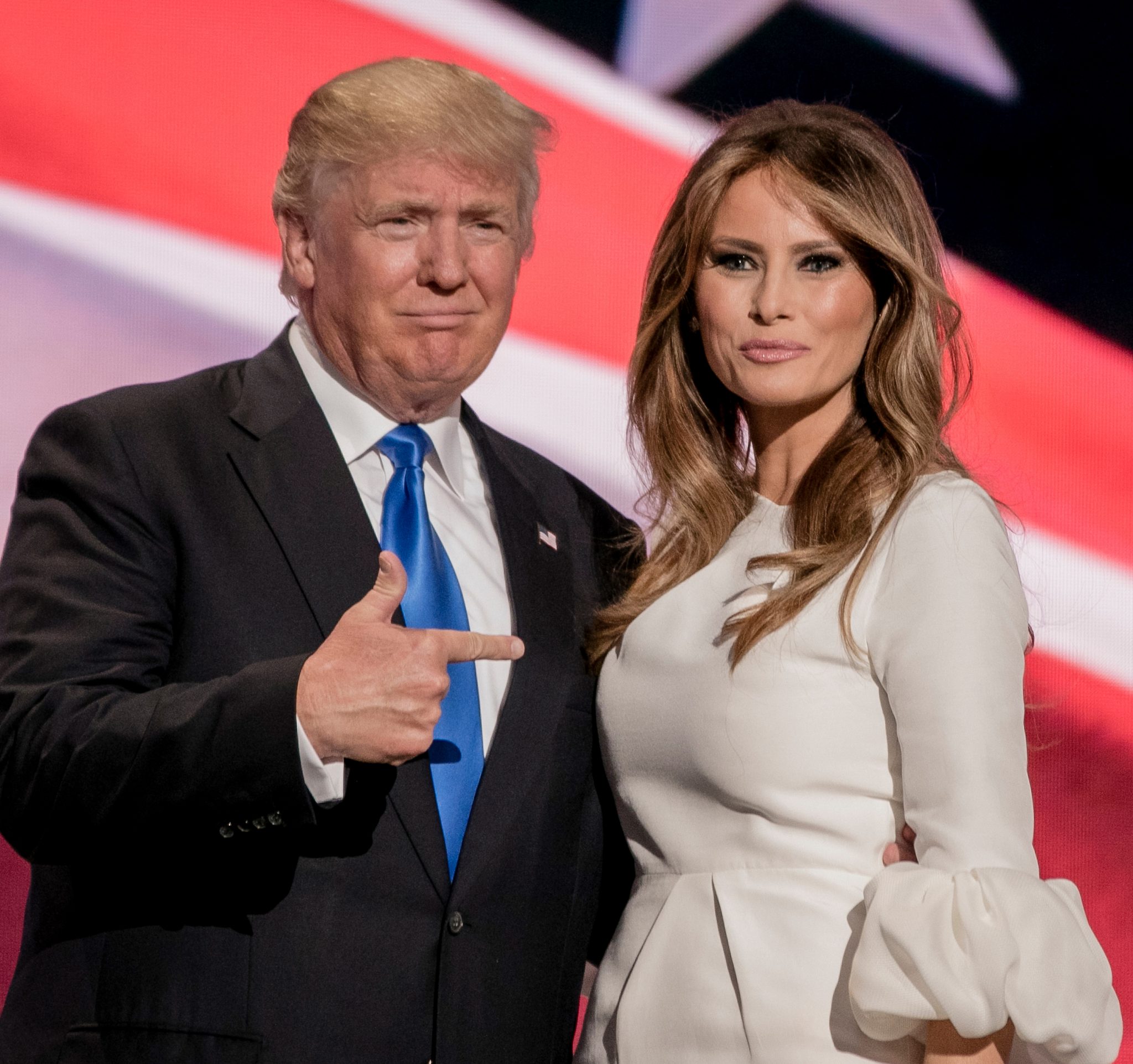 What cannot be tolerated is that he should have a beautiful wife. Nothing generates worse grudges on the left than beauty. A right-wing first lady has to be ugly and always dressed like Popeye’s girlfriend. Maybe that way Hillary Clinton could look modern and win back some votes from young female Democrat interns, which she lost in the strange circumstances surrounding Bill’s departure from the White House. But Melania Trump is beautiful, pleasant, and stylish. At 50, she looks much better than the Democratic Party, struggling year after year to find a bigger idiot than Carter to lead them and, incredibly, succeeding. Obama, with salsa dance moves constituting his main contribution to the history of American politics, was stunned by Melania’s beauty and sensuality, and, moved by resentment, decided to prevent Trump from ever entering the White House. In the end, as Dov Fischer has written masterfully in these pages, it is hatred that drives them. Hate and Beyoncé.

Melania Trump looks much better than the Democratic Party, struggling year after year to find a bigger idiot than Carter to lead them and, incredibly, succeeding.

Suffering the Evil Queen syndrome, standing in front of his magic mirror, Obama could not allow someone like Trump to enter the White House. Especially since the new administration could delve into the archives and discover that the former president was really nothing more than a Police Academy extra for the dance scenes who succeeded in fooling the most important nation in the world by posing as a statesman, taking advantage of the Left’s time-honored intellectual sedation.

Everything was set in the White House for Hillary Clinton to take the place of Barack Obama. Thus, everything would be like a Democrat fairy tale. Hillary would be the first female president, replacing the first African-American president. Later would come Biden, the sleeping president, and Bernie Sanders, the first president from the animal kingdom, clearing the way for the first alien president, Alf, who would undoubtedly be the most competent of them all.

But evil democracy tipped the scales towards Donald Trump — Trump, who, adding insult to injury, had the bad taste of refusing to observe any of the preconceptions that Clinton had poured on him, including the one that suggested he would end up rowing with everybody and sinking the country. To be honest, Trump has only fought a little with China and, as far as we can see, much less than the communist tyrant Xi Jinping actually deserves. With Xi’s brilliant, commendable, wonderful, great, excellent, and sexy management of the coronavirus crisis — all praise is little, according to the WHO — he has already caused more than 330,000 deaths worldwide. A poor result for a communist leader, at least if we compare him to Blood Kings like Mao Zedong (78 million), Joseph Stalin (23 million), or even Pol Pot (1.7 million).

After the election victory, Trump was to enter the White House, but, undeterred even by this dramatic turn of events, Obama and his negative, Joe Biden, had a foolproof plan: to turn the transfer of power into a poisoned chalice. It is true that it wasn’t fair play, but by then all of the former president’s team were like the H. L. Mencken’s idealist: “one who, on noticing that a rose smells better than a cabbage, concludes that it makes a better soup.” In those days, Flynn smelled like roses to these unscrupulous cooks.

Meanwhile, Melania Trump’s smile eclipsed the spotlights on her first White House appearance, and Obama, still resentful of the first lady’s beauty, was further dazzled by Ivanka Trump, who, besides being pretty, had a nice family to show off on the front pages of the tabloids. Trump was in those days a gracious victor, who had not yet begun to write in capital letters on Twitter and threaten presidents of communist nations with nuclear holocaust — which is, by the way, the only language they understand, aside from leaving a Tomahawk missile in bed for them to wake up with. I remember well those first days of Trump in the White House. The European press then said disparagingly that Americans had voted “with their guts,” and I thought, OK, but looking at the political landscape in Europe, it seems clear that the Europeans have voted with their asses.

Today everything looks different. Even the seemingly smallest details. When Obama redecorated the Oval Office, besides making it look like a nouveau riche living room, with interiorism perpetrated by his partner in crime Michelle, he chose a couple of quotes for his carpet. Most normal people usually reserve this sort of thing for doormats. And then we choose to say things like “Welcome,” “Home Sweet Home,” or “A door is what a dog is perpetually on the wrong side of,” in honor of Ogden Nash. But not Obama. Obama, like all hollow people, needs to appear intense at all times, so he chose a quote from Martin Luther King Jr., a specialist in making the vaguest thoughts look enlightened and profound. But the past sometimes does make up for the present. Which is why this week is the perfect time to remind Obama of his chosen Martin Luther King carpet quote, as stupid as it is funny in light of May 2020: “The arc of the moral universe is long, but it bends toward justice.” And it often begins to curve around the F in Flynn. For Flynn, for fail, and for fool.