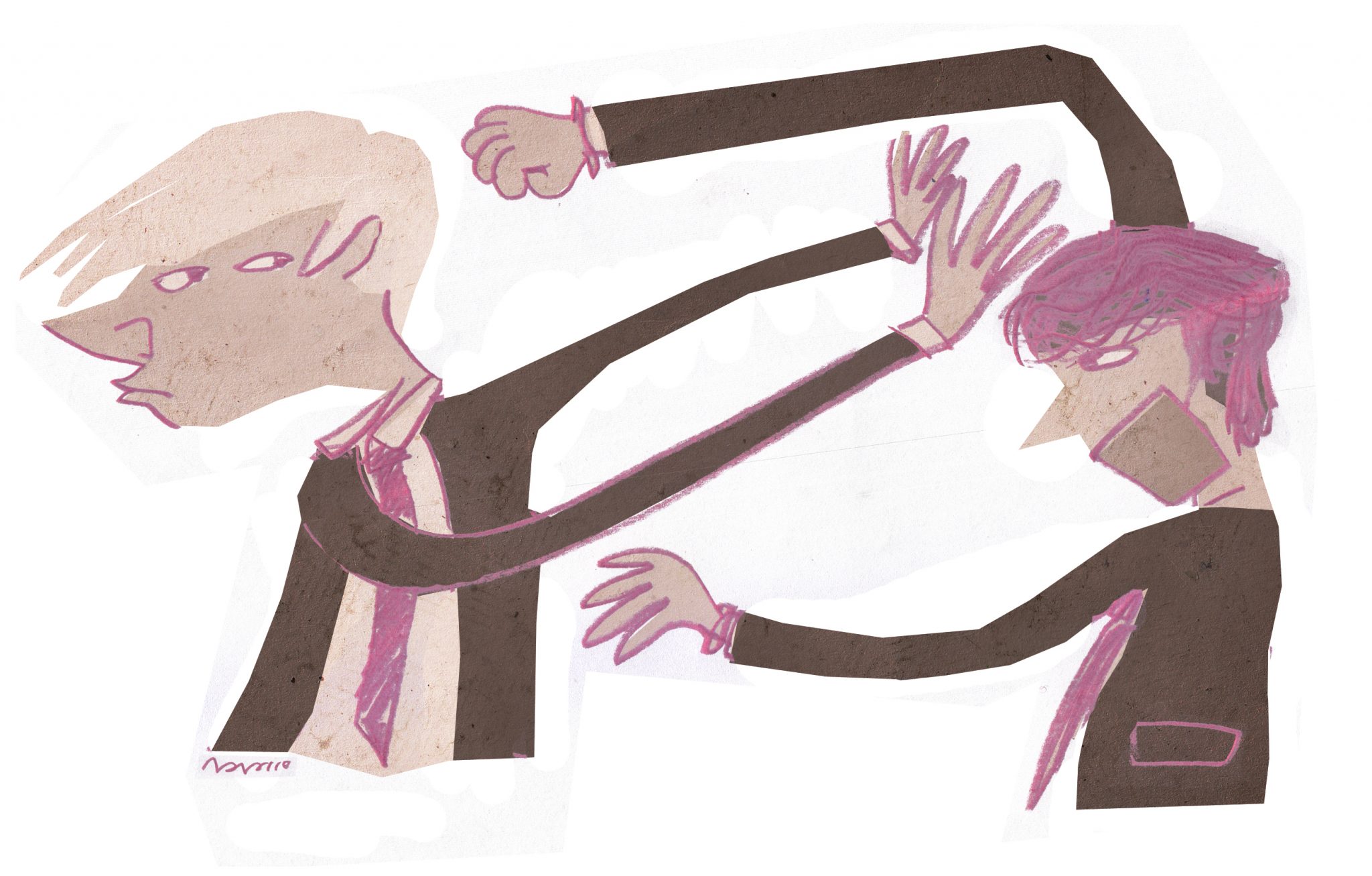 Good news for fans of good manners. The coronavirus has given you the perfect excuse to get rid of the idiots that stick their noses in your face when talking to you. Now you can slap them one. No one’s going to hold it against you. You don’t have to read him his rights first. So long as you read him his obligations, that is, to wash, not to talk with his mouth full, and to keep his damn social distance. The coronavirus is changing our social customs. Hygiene rules. From now on, every single charlatan will have to wear a muzzle, even on Capitol Hill. I feel sorry for Joe Biden. He won’t be able to sniff at little girls like he’s trying to find out the vintage of a good wine. Social distance and cleanliness will make us better.

During the 20th century, we saw the rebirth of filth in all its prehistoric forms. In the 1960s, someone made hippies believe that marijuana gets you higher when you haven’t changed your underwear in three months. In the ’80s, the punks decided to pay homage to the Berlin Wall as it towered over their heads. Then they traded John Lennon for distorted chords and singers that sounded like they were trying to beat live chickens in the blender. Both hippies and punks were allies, however, in the war on soap.

If the 1920s’ bushy moustache was the cornershop for germs, the biblical beard of 2020 is the shopping mall.

Apparently, the punk attire was not dirty enough. So they searched the garbage for clothes that had been thrown out and nibbled on by rats, and put them on. Then they began to listen to Oasis. And they stopped using hair gel and colored dye. They decided that even the lowliest of lice had the right to housing and lent them their heads. They called themselves grunge. It was around the ’90s. And they invented anodyne music that came from trying to copy the only grunge band with any kind musical talent, namely Nirvana. The Nirvana copycats became a plague comparable to any of the 10 plagues of Egypt in the Old Testament, YouTubers in quarantine, or Hunter S. Thompson imitators in journalism for the last 30 years.

At the turn of the century, hippies, punks, and grunge grew up, became landlords, earned money, started paying taxes, ran for office — these last two happened at the same time — and exhausted stocks of expensive perfumes in stores. But soon their children arrived, born into luxurious neighborhoods, but still obsessing with finding their own excuse not to wash, as a symbol of rebellion. They were Rastafarians, rappers, or heavy metal-ers. It doesn’t matter. The point was to be stoned enough to dull the olfactory papillae and avoid any contact with the pinnacle of fascism, personal hygiene.

A few years ago, hipsters were born. On the one hand, we must celebrate their obsession with personal cleanliness and their taste for classic cinema. On the other hand, I can’t help but wonder in which bloody James Stewart film they discovered the biblical beard, which, along with being scary and posing a serious risk of getting trapped in elevator doors, is also a nest of germs. If the 1920s’ bushy moustache was the cornershop for germs, the biblical beard of 2020 is the shopping mall.

Post-coronavirus, things are different. Anyone who has seen Tarzan knows how the coronaviruses behave given the chance to swing on a good hipster beard. The only way to stop them is to call the gardener and ask him to wield his magic with the shears. Also, if you use a real man’s aftershave, I can assure you that any virus that falls on your face will die or at least go into a long alcoholic coma. A drunken virus is like a communist in Beverly Hills: harmless most of the time.

But it’s not just about hygiene. What about that guy who talks nonstop during work lunches? The screen will prevent his bombardment. And the uncomfortable encounters in the elevators with neighbors to whom you never have anything to say, besides the old “It’s sunny, isn’t it?” or “Nice day … ” are also over: the vast majority will now prefer to take the stairs. Two meters distance will make me particularly happy anywhere. In the cinema, the compulsive popcorn eater will no longer be able to sit in the seat next to you. The recruitment scout for any left-wing NGO will no longer be able to harass you all the way to your doorway to get his stipend. The scrounger friend who downs half of your drink at the disco will have to go extinct. And the bartender who used to stick his finger in your coffee will still stick it in, but at least now he’ll do it with gloves. Pretty much like the government in that sense.

You won’t have to endure those eternal business meetings either. Now they’re done by Skype. My advice is to order a dummy of yourself, place it in front of the camera, and attend the video conference out of shot, in your underwear, with a cigar and a bottle of whisky. I’ve tried it, and it’s fun. But be warned: if someone rings the doorbell during the call, don’t run out behind your plastic stand in, drunk and wearing nothing but underwear. The mailman called unexpectedly, and now my boss can’t decide whether to fire me or sell the images as an exclusive to Playboy.

Hygiene will be a collective obsession. Now everyone will wash over and over again throughout the day, no one will jump into the neighborhood pool carrying dirt that dates back to the Vietnam War, and the variety of human being that needs to touch every single piece of fruit in the shop before choosing the one to take home, like Snow White looking for the unpoisoned apple, will cease to be.

Ah, I’m so happy. Welcome to our time! The end of pests! This health crisis will ultimately be good news for those of us who are asocial, easily irritated, like to smell good everywhere, hate sharing mucus on ice cream, and can’t stand direct contact with anything the same sex as us.