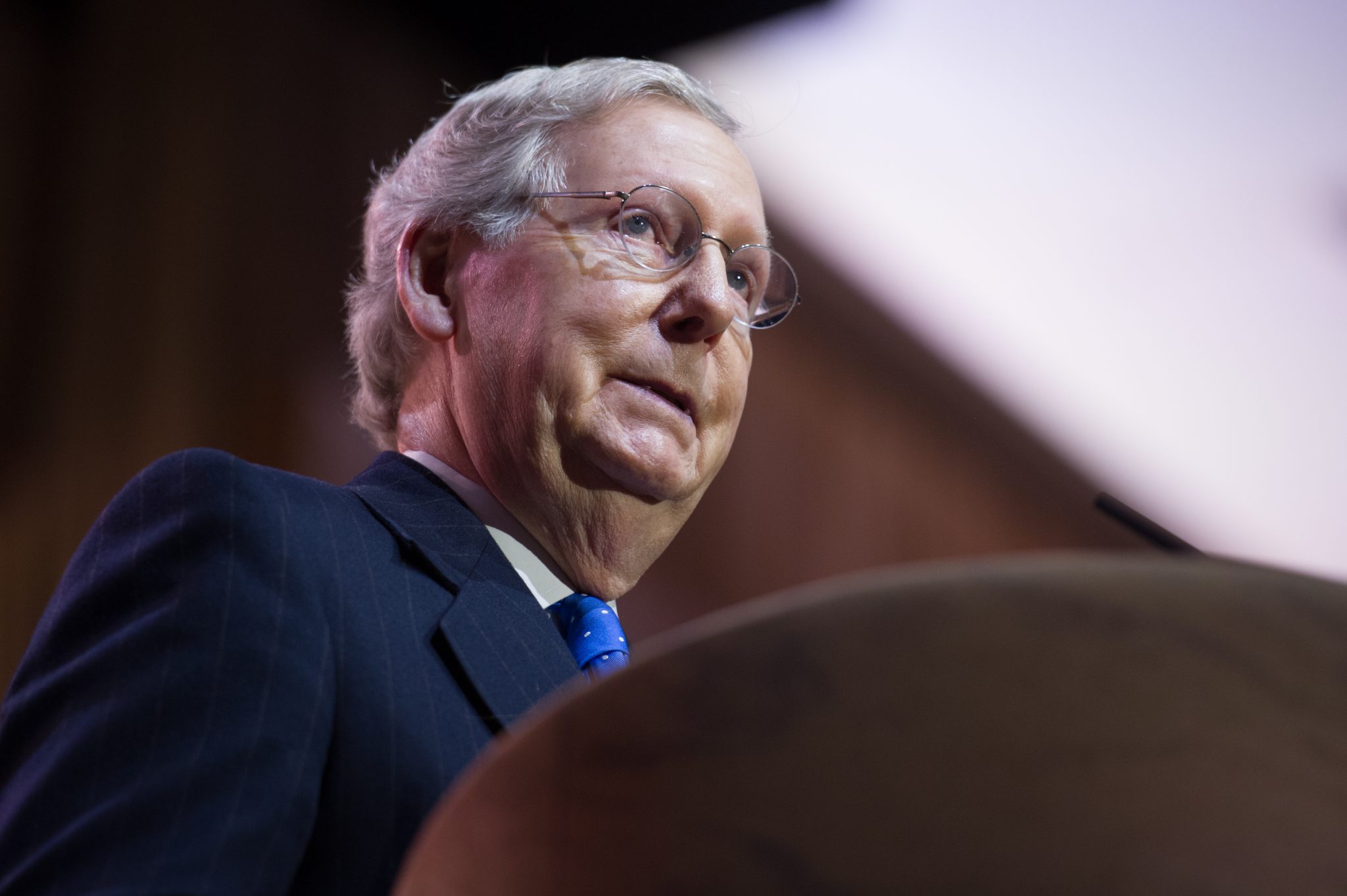 Mitch McConnell is used to my derision by now. Over my 16 years writing for The American Spectator, I have pointed out his failings and his foibles, his follies and his frailties. After the Iran deal I even wrote that if Israel is wiped out by an Iranian nuclear attack, the blame should be laid at his door.

Still, the strategy he is pursuing right now is impressively shortsighted. He is walking directly towards an incoming freight train without a care in the world, with a blithe little jingle on his lips. Mitch is basing all his moves, the short-term and the long-term, on the simple premise that he is the majority leader of the United States Senate for the next two years.

Yeah, it is true that his office sends out an endless stream of panicky fundraising letters reminding each Republican voter that they must send him 5, 10, 20, 50, or 100 bucks immediately so he can ensure victory for at least one of the two Republicans in the runoff elections on January 5 in the state of Georgia. But if you watch him operate, you can see he is assigning zero thought to the possibility that the Democrats may sweep.

Most glaring is his personal sabotage of the Trump request for $2,000 stimulus checks to taxpayers. But that is just the tip of the iceberg. He is out making statements about how much debate he will assign to each Biden cabinet nominee. He is leaning on fellow Republican senators in group calls and private sessions not to put up any roadblocks to Joe Biden’s electors when they come to the Senate on January 6 to be confirmed. He is congratulating Joe at every opportunity. And he is already teaming up with Nancy Pelosi to roll the pork barrel up the Hill to pass omnibus spending lollapaloozas with taxpayer treats for all the creatures of the D.C. swamp.

Clearly he is not expecting the phone call on the morning of the 6th apprising him that the Democrats have won both runoff elections and that if Biden is confirmed later that day, Charles Schumer will be the new majority leader. Nor is he expecting the vote on January 21 to eliminate the requirement for 60 votes to get a bill to the Senate floor. And he certainly is not alert to the debate raging in the Democrat Party whether it is enough to change the Supreme Court to 15 justices or whether the real number should be 25.

Incidentally, I am not cheerleading for the Democrat candidates in Georgia. Obviously a Republican victory of one or more of the seats is “a consummation devoutly to be wished.” Yet the simple truth is that Mitch has no idea under what ground rules those elections are operating. Since he has not assisted the president in his fight against the Dominion voting machines or the acceptance of allegedly fraudulent absentee and mail-in ballots, he has no evidence to support optimism in assessing potential results. He just has his eyes wide shut.

Remember, Georgia has recounted only paper ballots, resisting examination of the Dominion machines and the tabulation data, despite discrepancies so severe that Coffee County could not certify its count. Actually, they did run an audit of the machines on November 17, and announced all was well, but have refused to allow anyone to see the results and have resisted every attempt for a transparent audit. They have refused the spectroscopic examination to check if ballots were run off machines, despite testimony by poll workers that there were parcels of smooth unbent ballots with the exact same curlicue in each circle filled for Biden.

Interestingly, there are 95,000 more votes for Biden than for Democrat senatorial candidates, while there are only 818 more votes for Trump than for Republican candidates. Some have mistakenly deduced from this that there were 95,000 Biden-only ballots, with no vote for senator. FactCheck.org disproved that theory by showing there are only 46,628 more votes for president than all Senate candidates combined. But that 46,628 is still well above the 11,679-vote margin of victory for Biden. The AP argues it is possible that third-party voters and Republicans crossed over to vote for Biden. Of course that is possible, but it’s highly unlikely that there were 45 times as many crossovers favoring Biden. After all, a big part of Trump’s success is his ability to attract non-Republicans.

Had McConnell done the sensible thing, he would have pushed Georgia to examine its machines transparently and tighten its rules. Since Georgia does have a Republican governor and legislature, Mitch could have jumped in as the voice of reason from Day One, smoothing the ruffled feathers of those Republicans. They would have agreed to have those verifications as a way of placating the president on one hand while giving Mitch a good working insight into what he has to contend with to pull his two candidates over the finish line. Furthermore, a true audit of signatures and ballot ink might have discovered that Perdue did actually cross the 50 percent threshold, obviating the need for his runoff and securing McConnell’s job as majority leader.

As I said, Mitch thinks he is golden. Not a gamble for him, just a gambit. And if he ever wavers for an instant, if a little voice of doubt tinkles in his ear, he tells himself that old Joe Biden and old Chuck Schumer are his buddies. Joe won’t try anything radical like court-packing in a 51-50 Senate. Chuck won’t want the inconvenience of managing a 51-50 Senate, so he will probably make some kind of power-sharing arrangement with equal participation on committees. How bad could it be?

Great work, Mitch! Are you on the right track? You’re darn tootin’! Unless that darn tootin’ is the horn of the oncoming freight train …

UPDATE 12/29/2020: This article was updated after Trump’s bid for $2,000 checks in the coronavirus stimulus package failed in the Senate.