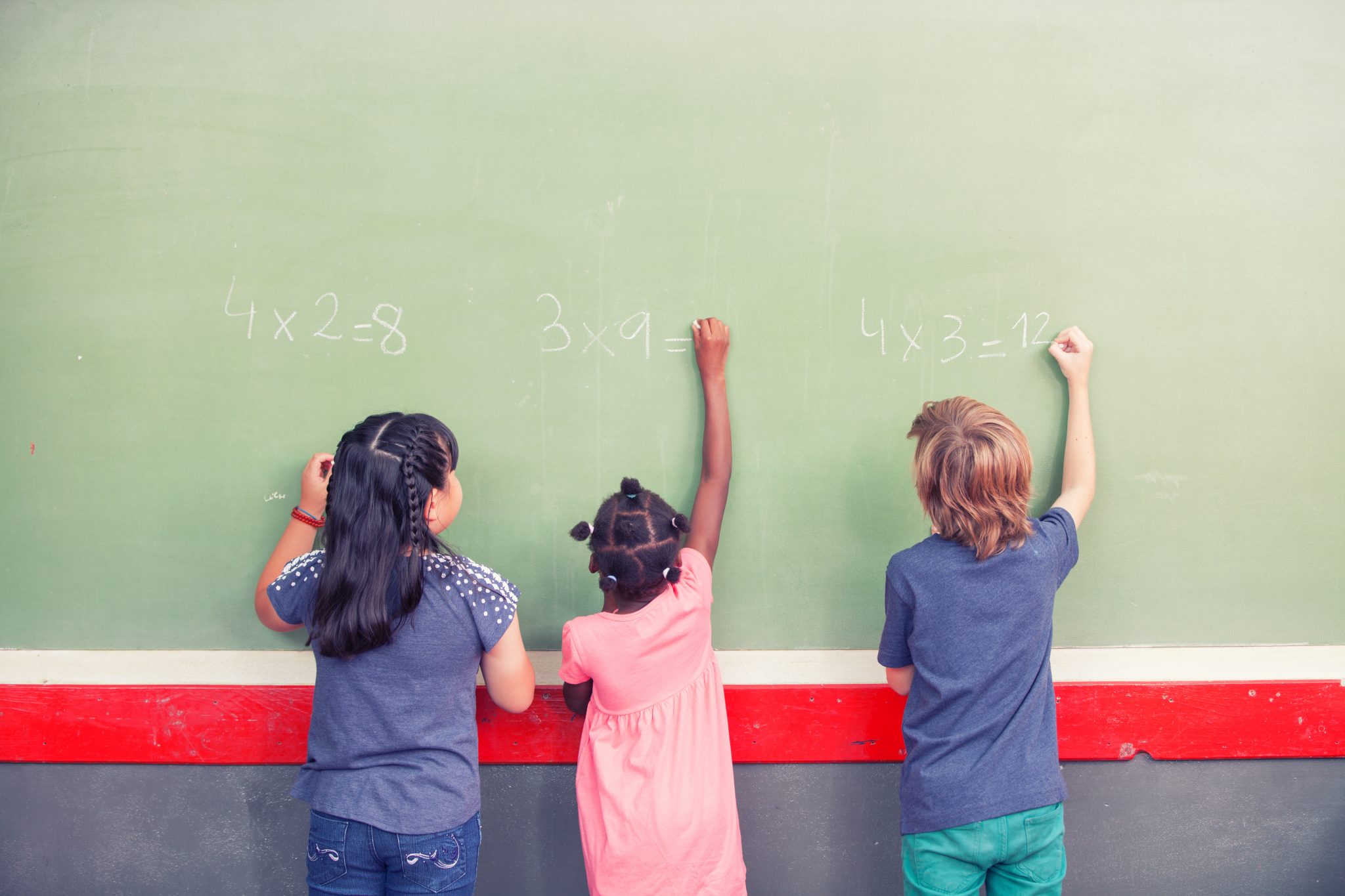 More Politics
Sign up to receive our latest updates!
Register
Hot Off
The Press
Laughing Matters
Fear and Loathing at the Office Christmas Party
by Itxu Díaz
Special Report
East Wall and the Plantations: Ireland and Its New Migrants
by Seth Barrett Tillman
The Current Crisis
How’s the Weather in China?
by R. Emmett Tyrrell, Jr.
Public Depravity
The Squad Is Way More Anti-Semitic Than Trump’s Dinner With Ye
by Irit Tratt
Hither and Yon
Thom Tillis Is Why That Red Wave Didn’t Materialize
by Scott McKay

The California Department of Education recently decided to update its “Mathematics Framework for California Public Schools: Kindergarten Through Grade Twelve.” A section entitled “Supporting Equitable and Engaging Mathematics Instruction” promotes “an anti-racist mathematics practice” where the goal is for teachers to “help grades 6–8 Black, LatinX, and linguistically diverse students thrive” by emphasizing “depth, creativity, visuals, and mathematical beauty” rather than correct answers.

Usually arguments about mathematics being somehow a product of white supremacy or somehow racist have been attributed to extremists who have gained little traction other than sensational news stories that have quickly faded. But this situation is much more serious, as these ridiculous and harmful notions are being seriously considered as part of the curriculum for nine million children in the largest and one of the most influential states in America.

California intends to promote the idea that mathematics is racist and that the point of solving mathematics problems is not to get the right answer, but … well, I’m not sure what the goal is, but the description is “anti-racist math,” where Black, Latinx, Indigenous, women, and poor students” only solve an “authentic problem, activity, or context is one in which students investigate or struggle with situations or questions about which they actually wonder.” But most of us studied basic household economics and budgeting as children even though as children we didn’t run a household or have money to budget. Education is supposed to be about learning new things and not about reiterating the things one already knows. It’s about expanding one’s experience rather than narrowing it. And, most importantly, it’s about getting the right answers, not being made to feel good about getting the wrong one.

This nonsense, called “Equitable Math,” is described on a webpage entitled “The Pathway to Equitable Math Instruction: Resources and guidance to support Black, LatinX, and Multilingual students to thrive in grades 6-8.” The work was funded by the Bill and Melinda Gates Foundation. I find it ironic that a man who made his fortune creating software that must get the math right to control most of the essential electronics in use today is promoting an “anti-racist” mathematics where right answers are unimportant and students should only work on problems that are within their immediate experience. When Bill Gates wrote his first computer programs, computers were so new that most people had never seen one and very few people had ever programmed one. Had he taken this advice, he would not have ventured outside of his comfort zone to attempt something that had not yet been attempted. Neither would any great scientist, engineer, or entrepreneur. This kind of adventurous spirit was once praised and encouraged in California, but now it’s being discouraged, at least for minority students.

This is unfortunate, because math is essential not just for great engineers, but for all of us. It is the basis for not only all sciences, but all engineering, economics, and everyday life — even though most people have become oblivious to it. We use math to calculate tips at restaurants, to balance our checkbooks and create our budget for the year, to make our picks for March Madness, to measure out children’s height and weight and know whether they are within norms, and to determine how many days of vacation we’re accruing at work. Even though many calculations are done by computers, we must recognize whether the numbers are roughly accurate or whether the bank accidentally withdrew too much money from our account or the grocery store overcharged us.

Civil engineers need math to calculate correct answers to build bridges and skyscrapers and houses to prevent their collapsing in an earthquake or even a rough storm. Pharmaceutical companies need to calculate correct answers to determine appropriate vaccine dosages, how statistically likely it is that someone’s health condition will improve rather than get worse, and how many doses can be distributed to how many people in what length of time. Electrical engineers must use math to design the computers that do all of the other calculations for all of us. You wouldn’t want to go to a doctor who wasn’t sure how to measure your vitals or calculate the correct dosage of medicine, and you wouldn’t want your house built by an engineer who couldn’t get the correct answer for the amount of stress on its weight-bearing walls.

In other words, math must be correct for our entire civilization to work. Mathematics is pure because the answers are provably right or wrong. Math has been developed and used by societies around the world throughout history. The earliest known civilizations in Africa and the Middle East used math and developed early mathematical methods and notations. India, China, and Europe all contributed to the early foundations of mathematics. Throughout history, people of different nations, religions, races, and languages could communicate via mathematics. Mathematics represent universal truths about the way our universe operates. They do not vary.

Mankind has always had mathematics as a universal language and universal truth. When mathematics becomes subjective, and there are no right answers to mathematical problems, computers will fail, buildings will collapse, vehicles will crash, and civilization will disappear.