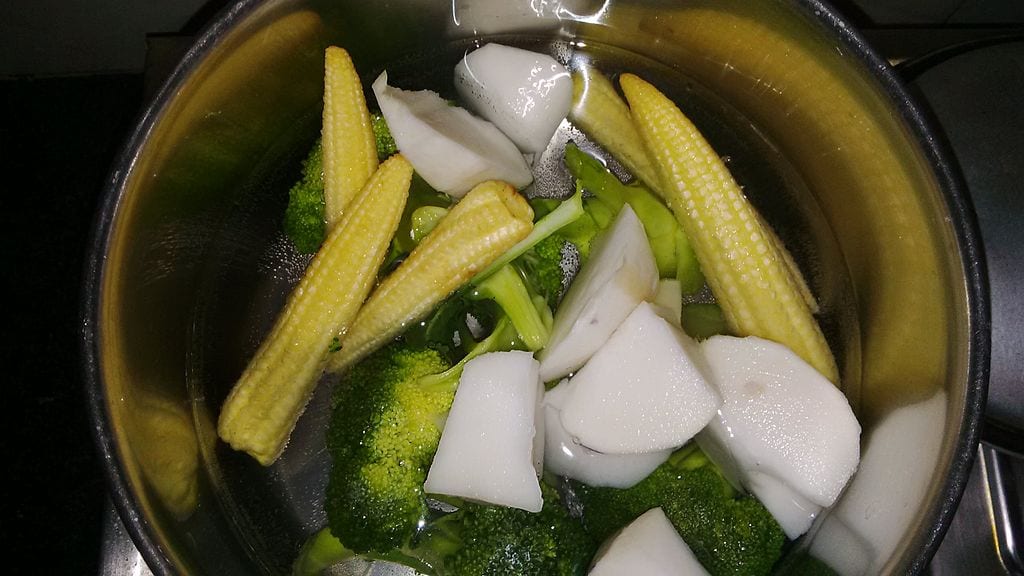 Ever hear of the “Anti-Trump Diet”?

It’s a thing you might not know about unless you live in or near Raleigh, North Carolina, where it was a cover story in the September 19 issue of the local weekly. The diet was touted by a self-described “Vegan Feminist” who “wants to weaponize what you eat in the war against the evil empire.” That was the teaser.

If the phrase “evil empire” sounds familiar, it’s because Ronald Reagan used it to describe the Soviet Union. But inside that issue, in a snatch-and-grab worthy of Special Forces operators, IndyWeek editors body-slammed Reagan’s anti-communist phrase so that they could instead summon readers to a “war against Trump,” and anyone presumed to agree with him about anything. “Forensic analysis” of the photo used for the cover story suggests that the vegan feminist found the enemies list that she keeps close to her porch swing. With that, she was also able to single out Vice President Mike Pence and the dairy industry as dangers to the Republic, together — of course — with “white power” and “toxic masculinity.”

Anyone unfamiliar with IndyWeek might be forgiven for thinking that only a clever satire would marinate a diet in Trump Derangement Syndrome, but the story was written by an investigative reporter. As a call to action, it has all the inspiration of marshmallow fluff, because it’s a thinly-disguised book plug, willfully blind to the irony of weaponizing food, and larded with questions like “Why is the kitchen your chosen battlefield?” and “Can you explain how the lines between animal oppression and female oppression blur?”

Whether the profiled activist represents a vast sisterhood would be hard to say. IndyWeek is independent of the McClatchy Company that owns its mainstream regional competition, but not independent of thralldom to the progressive ideology that aids and abets what the president calls “fake news.”

Fortunately, progressives have no monopoly on re-purposed rhetoric. If you’ve got an old Rickenbacker guitar lying around, try this on: “What will you give me? Say the sad bells of Rhymney.” The lyric makes as much sense if you sing it with reference to charming women as to hollow metallic devices that reverberate when struck. Yet neither bells nor belles necessarily crave “a sort of vegan survival guide to the Trump presidency.”

Activists who exploit cultural and philosophical divides are a dime a dozen. Three generations ago, the appointment of singer Anita Bryant to the Florida Citrus Commission prompted gay activists to call for a nationwide boycott of orange juice from that state because Bryant didn’t think a law forbidding discrimination against gays and lesbians was necessary. Rush Limbaugh chuckled years later at the thought of activists who “wanted conservatives to get Scurvy.”

These days, the Coca-Cola company worries that President Trump’s well-known fondness for Diet Coke might hurt the drink’s image among Millennials. When a painting of Republican presidents hanging in the White House made news recently, the Twitterati noticed that Donald Trump appeared to be chatting with Abraham Lincoln while a Diet Coke stood mute witness to their conversation.

What makes open disdain for traditional American (that is to say, freedom loving and non-socialist) opinions so noteworthy is that it’s no longer confined to fringe publications or personalities. When President Trump rails predictably against “fake news,” he’s speaking truth to power, not to free publications that survive on ads from escort services and workman’s compensation attorneys.

One example will help to make that point. It’s an allegedly “straight news” story from the Washington Post that was reprinted in many other newspapers, including the Seattle Times and Raleigh’s own News & Observer, where it ran October 16 under the headline, “Mattis’ goals teeter amid Trump curveballs.”

Articles about chaos in the Trump administration have become a cottage industry, because progressives oppose Trump with anything at hand. When scandal is not available, chaos can pinch hit. In this story, a trio of Post reporters asserted that while the Secretary of Defense is working to reshape the U.S. military into a more effective fighting force, President Trump has made his job more difficult by demanding “a space force, a ban on transgender troops, a military parade, a National Guard deployment at the border, and other politically tinged initiatives far from Mattis’ list of priorities.”

Impartial readers could make a case for that as fair criticism, because it is. Deep in the story, however, its reporters let their masks of objectivity slip, and lobbed a fact-free grenade toward President Trump while complimenting his Secretary of Defense, who (they write) “played a critical role in securing a two-year budget deal from Congress” and “has largely insulated the Pentagon from the type of politicization that Trump has inflicted on the CIA and the FBI.”

Whoa, Nellie! See what they did there? It wasn’t President Trump who “politicized” the CIA and the FBI; it was the executive leadership at those agencies — officials who bragged about having an “insurance policy” against Donald Trump’s election, and pushed an entirely phony “collusion with Russia” narrative on the strength of falsehoods purchased and published by Democrats angry about not being able to cash in the “entitlement chips” they had saved while anticipating another Clinton administration.

In other words, to the extent that news is “fake,” it’s because malice has gone mainstream, with the blessing of people who should know better but are blinded by contempt for anyone who disagrees with them. As conservative writer and film producer Dinesh D’Souza has been trying to point out, the political party that gave birth to the Ku Klux Klan and the anti-anti-Communist movement is now the home of Antifa and the so-called “Resistance.”

Patrick O’Hannigan is a writer in North Carolina.