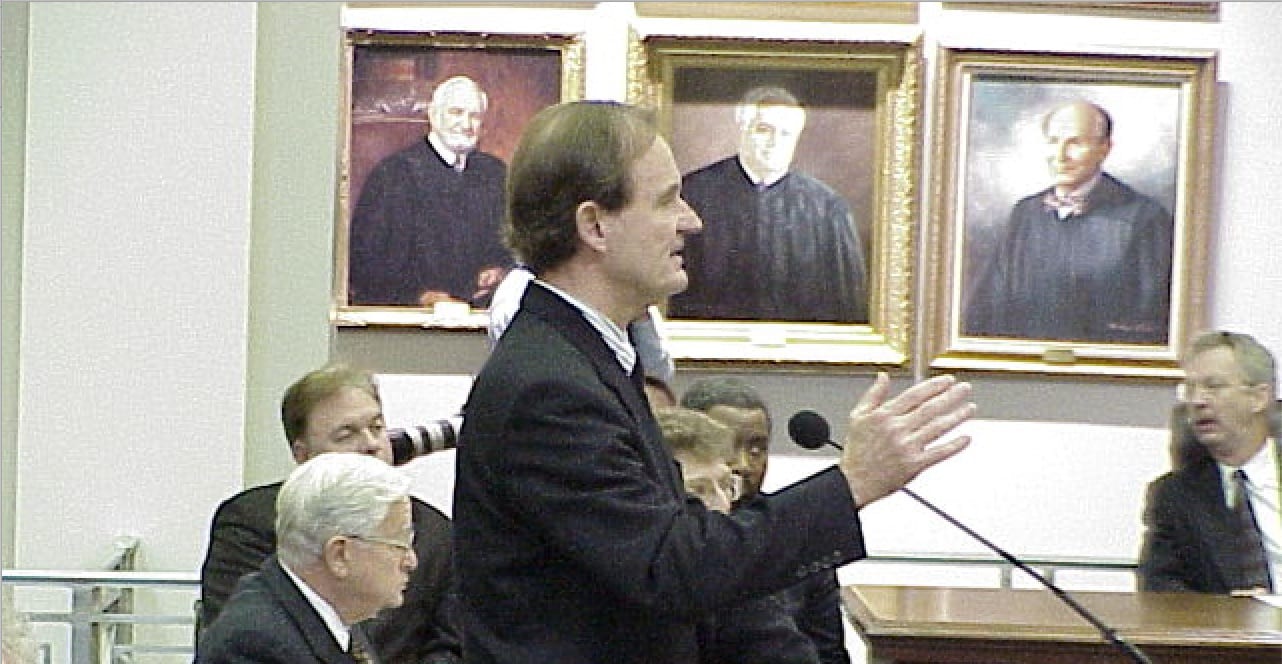 During a recent fundraiser, former Vice President Joe Biden announced that his campaign had recruited an army of 600 attorneys to prepare for expected legal battles pursuant to the upcoming election. Biden says he needs all these lawyers to fend off “voter suppression,” which he defines as any opposition by the Trump campaign to Democratic calls for a dramatic expansion of mail-in voting. The president believes that such a precipitous change in our electoral process will create chaos and encourage election fraud. He’s right. “Experts” insist that fraud is rare. In fact, it is quite common, and mail-in voting exacerbates the problem.

The Heritage Foundation maintains an election fraud database that documents 1,285 proven cases of voter fraud, many of which involve mail-in ballots in swing states that will decide the 2020 election. In the all-important state of Florida, the database documents dozens of election fraud convictions, including the theft and illegal filing of votes via absentee ballot. In 2013, the chief of staff to Democratic Rep. Joe Garcia (FL-26) was sentenced to 90 days in prison and 18 months probation for “orchestrating a plot involving the submission of hundreds of fraudulent absentee-ballot requests.” Garcia exploited a chronic vulnerability of mail-in voting that the New York Times describes as follows:

Election administrators have a shorthand name for a central weakness of voting by mail. They call it granny farming.… Voters in nursing homes can be subjected to subtle pressure, outright intimidation or fraud. The secrecy of their voting is easily compromised. And their ballots can be intercepted both coming and going.

The database documents hundreds of examples, including the particularly egregious case of former Democratic Rep. Austin Murphy (PA-20). Murphy was indicted by a Pennsylvania grand jury for multiple counts of forgery, tampering with public records, criminal conspiracy, and election code violations. After closed door negotiations, however, all charges were dropped except for absentee ballot fraud. He was eventually convicted of forging the ballots of senior citizens living in a nursing home, and had the audacity to claim that he was merely assisting them in exercising their voting rights. Murphy was quite literally smiling as he walked with mere probation.

Similarly fraudulent activity involving mail-in voting, absentee ballots, and other varieties of voter fraud is well documented in all of the crucial 2020 swing states. The database lists 42 criminal convictions for Wisconsin, 33 for Florida, 26 for North Carolina, 20 for Pennsylvania, 20 for Arizona, and 11 for Michigan. If you include all 50 states and the District of Columbia, the total documented criminal convictions for voter fraud comes to 1,110. Yet many election “experts” continue to insist that genuine instances of such fraud are so few that the issue merits little or no concern for policymakers. The “nonpartisan” Brennan Center for Justice, for example, advises us not to worry:

Mail ballots are essential for holding a safe election amid Covid-19, and security concerns can be easily addressed.… President Trump and his allies, however, are pushing back against this option, raising spurious claims that fraudulent mail ballots will contaminate the election.… Mail ballot fraud is incredibly rare.

Ironically, the authors of the above passage attempt to convince us that voting by mail is safe by citing the electoral efficiency of states such as Colorado, Hawaii, Oregon, Utah, and Washington, where it is the primary method of casting ballots. As it happens, however, the Heritage database documents a significant number of voter fraud cases in three of the five states. It shows 15 criminal convictions for Oregon, 11 such convictions for Colorado, and six criminal convictions for Washington. The only vote-by-mail state with no election fraud convictions is Utah. This is likely an artifact of the state’s small number of active registered voters (1.5 million) rather than the security of voting by mail.

Even if all politicians and poll workers were as pure as the driven snow, there’s a huge elephant in the room that the advocates of mail-in voting refuse to acknowledge — the efficiency of the U.S. Postal Service. Rick Moran writes at PJ Media, “Voting is not a group activity … forcing people to vote by mail unnecessarily involves postal workers, clerks, registrars, and election officials — any one of which can screw it up.” Moran points to a study by the postal service inspector that revealed various mail-in ballot problems, which effectively disfranchised numerous Wisconsin voters in April. Nor is it just Wisconsin. As Mark Hemingway recently pointed out at RealClearPolitics,

Between 2012 and 2018, 28.3 million mail-in ballots remain unaccounted for, according to data from the federal Election Assistance Commission. The missing ballots amount to nearly one in five of all absentee ballots and ballots mailed to voters residing in states that do elections exclusively by mail. States and local authorities simply have no idea what happened to these ballots.

So much for the electoral efficiency of those much vaunted vote-by-mail states. If a mere five states can “misplace” 28.3 million mail-in ballots, an average of about seven million per election, try to imagine the chaos that will ensue if the 24 states controlled by Democratic governors attempt to implement all mail-in voting during the next 90 days or so.

Enter Biden’s army of lawyers. In 2016, at least six states were decided by less than 1.5 percent of the vote. Any state that goes to Trump by a narrow margin will be pounced upon by Democratic pettifoggers screaming about “voter suppression” and proposing bizarre recount schemes. It will make Bush v. Gore seem like a cakewalk.

The good news is that the increasing anger of ordinary Americans over the past four years of Democratic skullduggery — the Russia collusion hoax, the asinine impeachment, the pandemic of fear-mongering, the astroturfed attacks on our heritage — will almost certainly result in an electoral backlash resembling Reagan’s 1984 rout of Walter Mondale. Indeed, like Mondale, our erstwhile VP has promised to raise taxes. Trump will trounce Biden so badly that 6,000 lawyers won’t be able to save him.