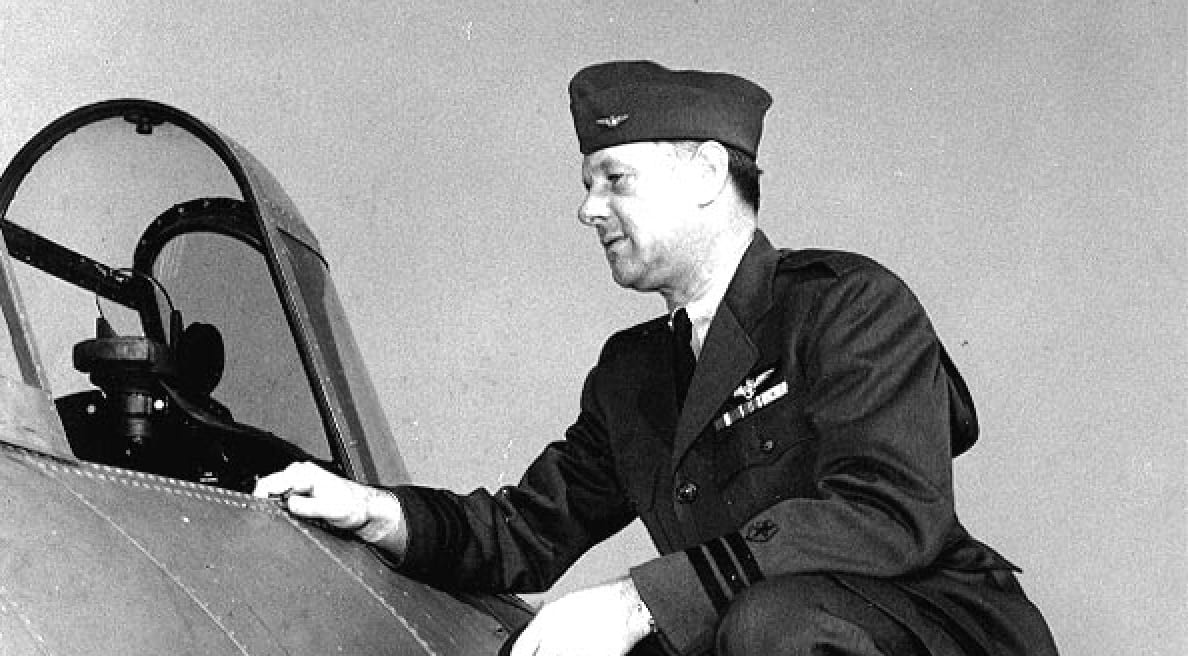 The Battle of Midway began 77 years ago, today. This anniversary (if that, indeed, is the right word) will be noted but not so lavishly as the one in two days time, in remembrance of D-Day. These were both great and decisive American victories and should be remembered and honored as long as there is a United States of America. Not so much, however, because they saved the nation. The U.S. would almost certainly have survived defeat at Midway and a repulse in Normandy. The “what-if” scenarios around either case — or both, for that matter — make for interesting speculation. But while the world may have looked a lot different if the Japanese had won at Midway and the Germans had pushed Eisenhower’s troops back into the sea in France, there were still two broad oceans protecting the American homeland where the nation could employ its enormous industrial capacity to rearm and reorganize before getting back into the fight.

And, then, there was the bomb. A repulse in France might have meant, more than anything else, that Berlin would have been the first city leveled by a nuclear device.

Still, the victories at Midway and in Normandy were decisive and heroic. Also exceedingly “American” in character. It is impossible to read about them, these generations later, without recognizing that and feeling proud. If, that is, you are a patriot which, sadly, is not true of everyone living in the United States these days.

Consider Midway, first, and leave D-Day for later, by two days on the calendar:

The U.S. Navy had apparently been decisively crushed by the Japanese surprise attack at Pearl Harbor. Almost every battleship in the fleet had been sunk or catastrophically damaged.

But this defeat had also illuminated a truth and a path to victory. The U.S. battleships had been sunk by bombs and torpedoes dropped from airplanes flown off aircraft carriers. These were now the capital ships of navies. Battleships would, from now on, serve as escorts for the carriers. If at all.

Six months after Pearl Harbor, the U.S. had only three carriers available to counter a Japanese attack on Midway. It might have been just two except for the American way with tools and capacity to improvise. The carrier Yorktown had been badly damaged in the battle of the Coral Sea and was expected to require several months in dry dock before it would be ready to conduct flight operations again.

Admiral Chester Nimitz, who was in command of what was left of the U.S. Navy in the Pacific, told the people in his repair yards, “I want that ship ready to go to sea in 48 hours.” American welders and machinists swarmed over the broken Yorktown, like a pit crew at Daytona. They worked around the clock, sometimes pulling so much electrical power that the lights in Honolulu flickered and went dim. And they got it done.

The Yorktown left Pearl Harbor in time — just barely — to join the battle. Its last.

The two other carriers — Hornet and Enterprise — were already on station, waiting to ambush four Japanese carriers. The Americans knew they were coming, having broken the Japanese codes enough that they could read some radio traffic.

It was a distinct advantage but one that might not have been sufficient to overcome the Japanese superiority in numbers, experience, and, above all, equipment. Their planes were better than those flown by the U.S. Navy.

The American torpedo planes were relics. They were slow, not especially maneuverable, and they could not take much punishment. Other than that …

Still, they launched and they attacked. One squadron of fifteen planes from each of the carriers. Torpedo squadron eight, off the Hornet, found the Japanese fleet when the squadron commander, John Waldron, trusted his instincts over the information he’d been given in briefings on the location of the Japanese fleet. It was borderline insubordination — in a very American sort of way — and Waldron might have been court martialed for it.

If he had survived.

He received, instead, a posthumous Navy Cross for leading his squadron to the Japanese fleet and pressing the attack. The squadron scored no hits and all of its fifteen planes were shot down. One pilot survived. None of the gunners.

Neither of the other torpedo squadrons scored a hit. Of the 45 of the torpedo planes launched from the three American carriers, four survived the battle.

And yet … they had attacked from very low altitude in order to launch their torpedos. The covering Japanese Zeros — which might have been the finest fighter planes in the world at the time — had come down low to engage and slaughter the American torpedo planes.

But it was an opportunity that might have been lost. The dive bomber squadron from the Hornet never found the Japanese fleet. And the squadrons from the Enterprise might not have except for the initiative and decision making of another junior officer.

Lieutenant Commander Wade McClusky had been searching for the Japanese fleet in the area where, according to his briefing, it should have been. But when he looked down from some 20,000 feet, the only thing he saw was empty ocean. He conducted a search, according to doctrine, and succeed only in burning more fuel. To the point where it would soon be either a) head back to the Enterprise or b) ditch.

Meanwhile, the Japanese could launch their own attack, against the three American carriers which might even have been recovering planes at the time and woefully vulnerable. The battle of Midway would, then, have been another Japanese victory. The U.S. would likely have been forced to abandon Hawaii.

It would be months, even years, before it could be retaken. More months and years before the ring of islands defending Japan could be breached. Still more before Japan, itself, could be invaded and conquered.

A lot depended on what one fairly junior naval aviator decided to do with the time and fuel he had left. Wade McClusky had to make a decision. What course would take him to the Japanese fleet? It was all on him.

He made a call and you could say he played a hunch. An informed hunch but still, if it had come up wrong …

He had seen a spotted a single Japanese ship on the wide surface of the Pacific. It was a destroyer and judging by the distinct white wake, it was making speed.

To where and for what? McCluskey thought.

To wherever the Japanese fleet was, in order to rejoin it, he reasoned.

Using the V of the ship’s wake as though it were the point of a compass needle, McCluskey changed course. A few minutes later he and the dive bombers he led were in the wide, unguarded skies over the Japanese fleet.

The dive bomber squadron from the Yorktown arrived at almost exactly this time. The Americans attacked and the Japanese lost three fleet carriers and the initiative in the Pacific in a span of five minutes. There is nothing else like it in the history of warfare.

In the next hours of the battle, the remaining Japanese carrier was sunk as was the Yorktown.

Admiral Raymond Spruance handled his fleet both boldly and steadily. He was aggressive when he needed to be and prudent when he had to be. The workers in the yard who had made it possible for the Yorktown to take part in the fight played a big role in the victory. As, certainly, did the code breakers. And then, there were those bold decisions, made in the moment, by Waldron and McClusky, recalling the way that Chamberlain saved the situation at Little Round Top.

America seems to find people like them when they are most desperately needed.

And, one thinks, it isn’t by accident.