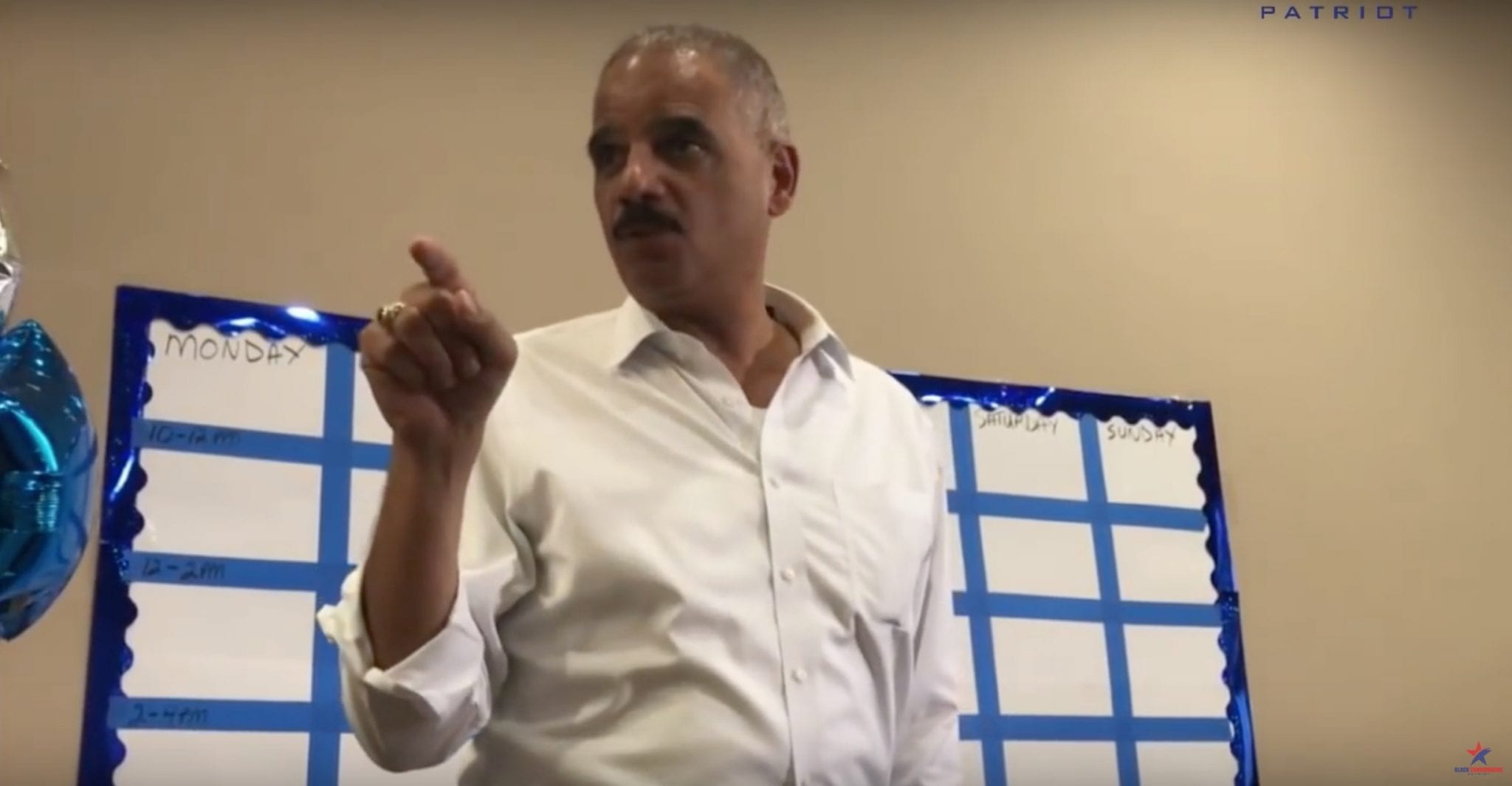 When Hillary Clinton and Eric Holder occupied positions of power in the federal government, they would often lecture conservatives on the virtues of civility and dialogue. To counter Rush Limbaugh and the power of talk radio in the 1990s, rattled liberals once proposed “civility” boards, recruiting such models of civility as Paul Begala to serve on the “Penn Commission,” an undertaking so stupid it didn’t even last Bill Clinton’s presidency.

Notice that the same media burbling over the Hillary-Holder call for a suspension of civility until liberals claw back to power tut-tutted Kanye West’s remarks on Thursday in the Oval Office. Journalists normally ooh and aah over vulgar rap and wax nostalgic about Muhammad Ali. But they suddenly turned delicate on Thursday, lamenting Kanye West’s “foul” language. It was all too much for them. MSNBC’s Stephanie Ruhle, whose maturity level is roughly that of an elementary school student, declared Kanye West’s presence in the Oval Office a degradation, though surely his high-spirited if rough remarks soiled that august office less than the pastimes of one of her favorite presidents, Bill Clinton.

The media’s meltdown over Kanye’s trip to the Oval Office reflects nothing more than its horrified realization that Trump is eating the left’s lunch, poaching more and more voters from once-monopolized lib constituencies. Apparently Kanye West is supposed to check with the central office of the Left’s Ministry of Truth before opening his mouth. Anything less is “surreal,” according to the media. What a bunch of totalitarian creeps.

It still doesn’t occur to liberals that the hysteria with which they greet any political dissent from minority communities explains why more and more members of those communities want to get the hell away from the suffocating political correctness of the Democrats.

The prim self-righteousness of liberalism against a Trump or Kanye West always comes off as absurd, since liberalism, philosophically speaking, prides itself on its lack of restraining principles. Insofar as it recognizes no divine law prior to man’s will, liberalism sanctions all manner of incivility. Hence, an Eric Holder, once stripped of power, can’t think of any principled reason for going high if opponents go low. Indeed, given the relativism underpinning liberalism, the temptation to violence is irresistible for most lefties, especially in times of political exile. Many of the heroes of Hillary and Holder are figures of violence and monstrous incivility — from Fidel Castro and Che Guevara to Bill Ayers and the Black Panthers. Around the start of Trump’s presidency, the New York Times couldn’t even bring itself to condemn a play in Central Park in which a Trumpian figure is stabbed to death. Upper West Side liberals thought that theatrical Trumpicide great fun, and they have welcomed back into their salons the comedienne Kathy Griffin, who was temporarily and grudgingly banished for holding up a mock-severed head of Trump.

Holder’s old boss launched his political career in the living room of a domestic terrorist, Bill Ayers, who on 9/11 (coincidentally) took to the pages of the New York Times to gloat that he was “guilty as hell and free as a bird.” The mammoth biography on Obama by David Garrow — which arrived stillborn in bookstores owing to its semi-critical tone (liberals don’t want to hear anything but praise about their hero) — establishes that Obama’s attempts to distance himself from Ayers were utterly dishonest. The two were close neighborhood pals in Chicago — a friendship that did not contradict the liberalism of an Obama or a Holder but simply reflected its intrinsically uncivil character and gravitation to violent radicalism. All of the ideologies that shape modern liberalism reject a divinely mandated moral law, which in the end is the only real source of civility and sanction on violence.

Once humanity’s will is the measure of morality, as liberalism has asserted for 400 years or so, everything in principle is permitted and politics becomes a power grab that culminates in totalitarianism. Under liberalism, the central question of politics invariably shifts from goodness to power, thus rendering civil discourse an impossibility. Out of such a raw, grabby culture come low demagogues like Holder and Hillary, for whom the ends justify any means. Long before Kanye West entered the Oval Office, civility vanished from it, often at the hands of preening liberals like Clinton and Obama who extolled it the most.