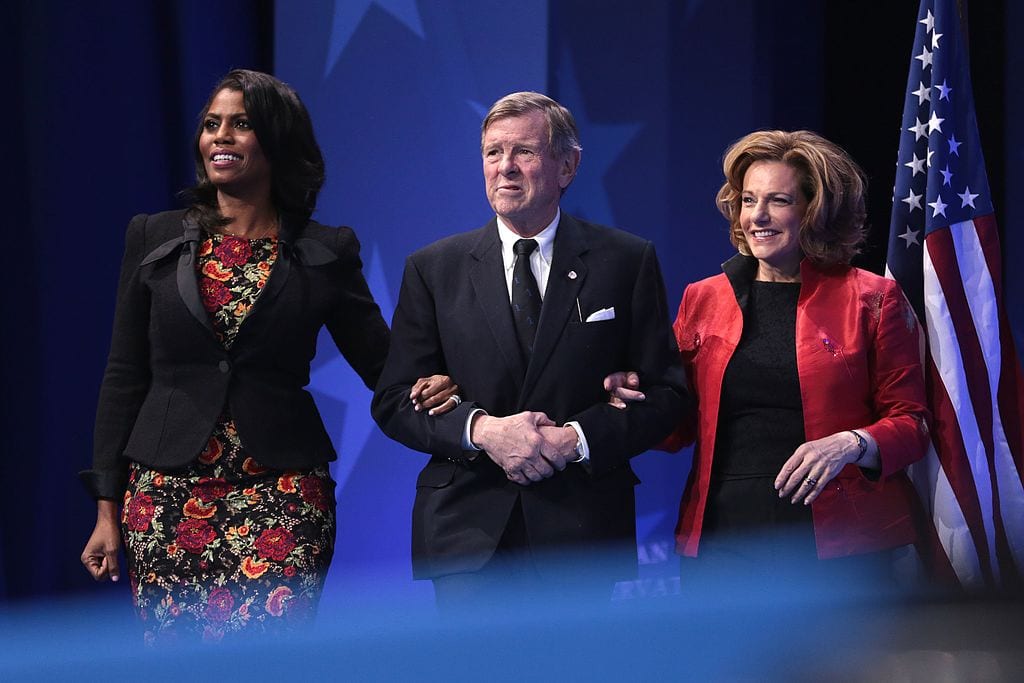 Democrats have a pernicious pattern for handling effective Republican presidents. First, they claim that the president is unfit for office either because he’s too stupid or insane (they did this with Dwight Eisenhower, Gerald Ford, Ronald Reagan, and George W. Bush). Then, they argue that the Republican in the White House is evil and corrupt — as they did to Richard Nixon, Reagan, and the second Bush. When that doesn’t work, they simply make the president in question so unpopular that he’s politically toxic.

They have tried all of these things on Donald Trump. The Left has even managed to get a large number of Americans to question the legitimacy of Trump’s presidency based on the ever-shifting grounds that he is somehow Putin’s stooge in the White House.

None of this is true.

What is true is that the media ginned up a great lie that Donald Trump’s campaign was working along with Russian intelligence to undermine the 2016 election and swing it in favor of Trump. Based on this ridiculous narrative, the FBI and other intelligence agencies conducted a massive counterintelligence investigation based solely on opposition research conducted by an aging British spy who was bought-and-paid-for by Establishment Republicans and then Hillary Clinton’s campaign.

In that obscene piece of fiction — the Steele dossier — came claims that Russian intelligence possessed kompromat (compromising material on Donald Trump) based on a sordid night of urine-soaked sexual relations between Trump and a cadre of expensive Russian prostitutes in a posh Moscow hotel. Again, none of this verifiable. But, because this dossier had the support of both Democratic and Republican establishments — and the contents were harmful to Trump’s unpopular candidacy (within the Beltway) — it created toxic confirmation bias among the Obama Administration’s intelligence officials (namely former FBI Director James Comey, former CIA Director John Brennan, and former Director of National Intelligence James Clapper).

So, the blatantly absurd dossier became the basis of a massive counterintelligence witch-hunt directed against Trump and anyone associated with him.

Robert S. Mueller, III was called in as an “independent” investigator because President Trump had unceremoniously fired James Comey as the FBI director in the spring of 2017. Trump claimed to have fired Comey over his terrible handling of the Hillary Clinton email investigation in 2016. However, Comey claimed that Trump wanted him as FBI Director to “let go” of his agency’s investigation into the now-disgraced former national security adviser, Michael Flynn. Trump denied this and insinuated that he had recordings of their conversation proving that it wasn’t about Flynn.

However, the president quickly backtracked on this claim.

Until now, few believed Trump did make recordings of his meeting with Comey. If he did make them, the investigation — or Congress — will subpoena them. This is important because if Trump’s firing of Comey occurred as Trump claims, then this is another non-story. If, however, Trump did insist that Comey let up on Mike Flynn — no matter what Trump’s real reasons were (I suspect out of personal loyalty to a man who was an unflagging supporter of Trump’s) — then a case could be made that Trump misused his power to unduly interfere with an ongoing counterintelligence investigation.

Unfortunately, the recent release of recordings former, disgraced White House adviser Omarosa Manigault Newman made of herself being fired by Chief of Staff John Kelly, and of a subsequent phone call with a distressed President Trump, suggests that almost anyone in Trump’s orbit is recording their interactions with the White House. Further, Omarosa offered an ominous claim: that President Trump was recording every conversation he has had as president — and that Trump has recorded “his enemies” for years.

The thing that brought former President Richard Nixon down for his involvement in Watergate was not the actual Watergate burglary. It was the subsequent cover-up (which Nixon masterminded) coupled with the presence of physical, incriminating evidence in the form of Nixon’s private recordings. Should anything untoward be found on those tapes — no matter how innocuous it may sound — and if the Democrats should make significant electoral gains in November, these recordings could be the thing that brings Trump’s presidency down.

At the very least, Omarosa’s explosive claims about a presidential recording system will breathe new life into the seemingly endless headache that is the Mueller investigation. And, should the Republicans suffer any kind of setback at the polls in November, it would most assuredly result in Congressional subpoenas, just as the Nixon tapes did.

From that point, the country would likely face a constitutional crisis as Trump and his team fought to prevent the tapes from being released, just as Nixon and his team did during the Watergate hearings.

For the sake of the Trump agenda and the country, I hope Omarosa is just lying.