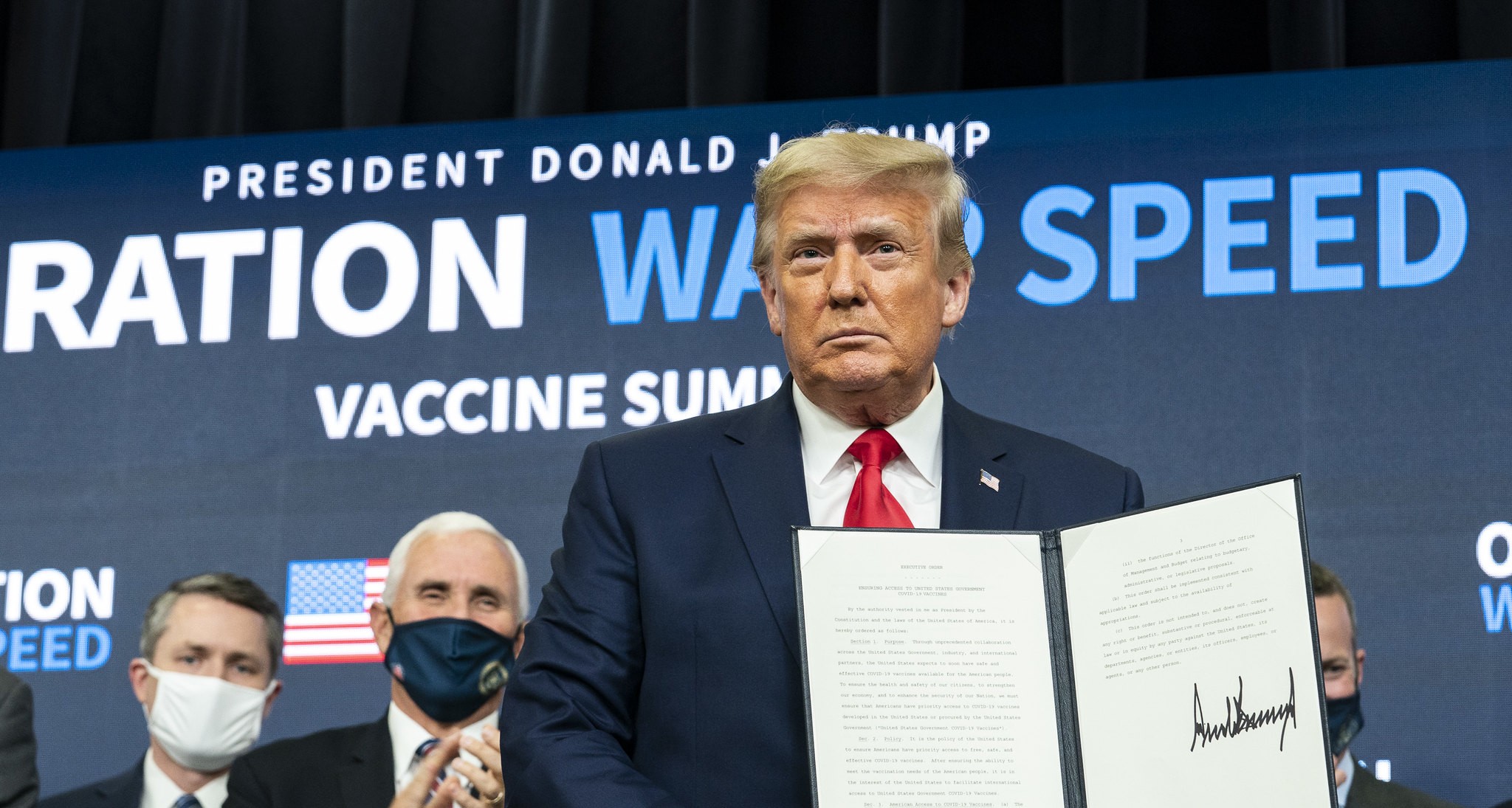 If we are to accept the Left’s narrative, we are to believe that on January 6, Trump held a coup in D.C. disguised as a rally, at which he instructed an angry mob of conspiracy theorists to storm the U.S. Capitol and stage an insurrection to overthrow the legislative branch and keep him in power.

In reality, most of the tens of thousands of supporters who showed up to the rally from around the country did not storm the Capitol; nor did they have any intention of doing so. They were there to show their support for Trump and protest what they believed to be a fraudulent election that silenced their voices. Trump told his supporters to “peacefully and patriotically make your voices heard,” and he was still speaking at the time the rioters began storming the Capitol. He continued speaking for another 19 minutes after the Capitol was breached.

If we are to accept the Left’s narrative, we are to believe that all Trump supporters who attended his speech in D.C. on January 6, as well as those who voted for him, not only are directly responsible for what happened at the Capitol building but also are white supremacists.

In reality, Trump made the Republican Party more diverse than it’s been in 60 years. He received the highest share of nonwhite voters for any Republican presidential candidate since 1960. There has never been any serious threats of violence at any previous Trump rallies. The rally-goers in D.C. were from all walks of life, including Jews, Christians, blacks, whites, Asians, Hispanics, and people from overseas.

If we are to accept the Left’s narrative, we are to believe that every single one of Trump’s policies over the last four years, both domestically and abroad, was a complete and utter failure and must be immediately reversed by the new Biden administration.

In reality, Trump cut taxes, reduced regulations, rebuilt our military, increased national defense spending, and delivered criminal justice reform. He eliminated the ISIS caliphate, renegotiated unfair trade agreements, stood up to China, and restored our critical supply chains so we will never have to rely on foreign countries for essential medical supplies again.

If we are to accept the Left’s narrative, we are to believe that Trump’s decision to move the Israeli embassy to Jerusalem would lead to the Third Intifada.

In reality, moving the Israeli Embassy to Jerusalem did not result in another war, but it did pave the way for Trump to negotiate peace treaties in the Middle East, and allowed Arab countries including UAE, Bahrain, Sudan, and Morocco to begin normalizing relations with Israel.

If we are to accept the Left’s narrative, we are to believe that Trump’s building of the wall along our southern border is racist, immoral, and ineffective.

In reality, walls do work, and there is nothing inherently racist or immoral about securing the border and preventing drugs from pouring into our country. Under Trump, 450 miles of wall were completed, apprehensions for illegal immigration dropped by as much as 70 percent between May and August of last year, and U.S. law enforcement seized over 100,000 pounds of cocaine in 2020 alone.

If we are to accept the Left’s narrative, we are to believe that Trump mishandled the coronavirus pandemic and that there was no plausible way a safe and effective vaccine could be delivered by the end of the year.

In reality, Trump formed an unprecedented private–public partnership between the federal government and pharmaceutical companies to deliver a safe and effective vaccine in just nine months, and he provided critical PPE to all 50 states and territories.

If we are to accept the Left’s narrative, we are to believe that President-elect Joe Biden will unite the country and reach across the aisles to govern for all Americans, including those who did not vote for him.

In reality, Biden will preside over the most radical and progressive administration since FDR. Biden intends to repeal the Trump tax cuts, rejoin the Paris Climate Agreement, and scrap the Keystone XL Pipeline, and he will likely cut another deal with the leading state sponsors of terrorism in Iran. His $1.9 trillion dollar stimulus calls for increasing the federal minimum wage to $15 and spending $350 billion to bail out poorly run Democrat states.

If we are to accept the Left’s narrative, we are to believe that Big Tech censorship and deplatforming of Trump and his supporters will prevent violence and create a better dialogue.

In reality, as proven by their willingness to offer people and groups like the Ayatollah Khamenei and members of Antifa and BLM carte blanche to post anti-Semitic and racist vitriol, it is clear that the goal of the tech oligarchs was never about “preventing violence,” but rather about making sure that only their side has a voice.

If leftists have their way, they will cancel all Trump supporters, prevent him from ever running for office again, and purge his successful presidency from our memory and our history.

It is for these reasons that we must never accept the Left’s narrative about the Trump presidency. They will never silence us all.

David Keltz is a speechwriter in the Executive Branch and the author of Media Bias In the Trump Presidency and the Extinction of the Conservative Millennial. He was a White House Intern in the Office of the Vice President.