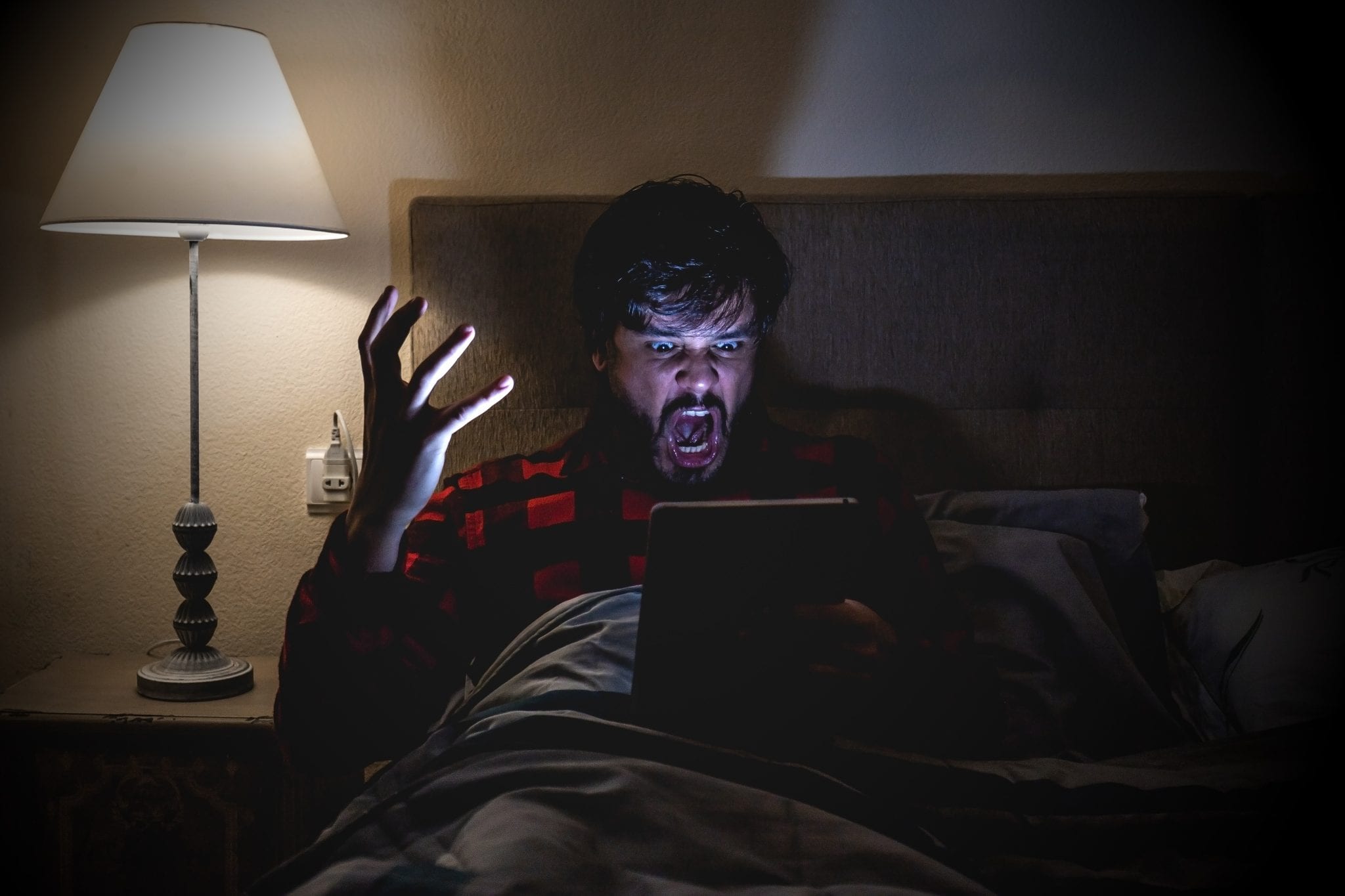 The operative word here is “was.” It all got to me, in its maddening, frustrating ubiquity. I got tired of the constant stimulation, the frequent reversals of opinion, the coded language, and the dramatic and continual “news alerts” and “this just in”s of cable news, not to mention the often infuriating contours of political squabbling in our present time: the tenacity of the Left, the velleity of the Right. And I have decided to leave it alone.

How deep was my immersion? I sat enraptured at televised Congressional hearings like they were game seven of the NBA Finals. I worried about what would happen to bills once they went to committee. I was all over the polls, and I knew the methodological differences among Quinnipiac, Reuters/Ipsos, and Rasmussen. I was fluent in right track/wrong track numbers and favorables and unfavorables, and I even thrashed about in fitful sleep the night before the release of the early jobs report. I bought presidential candidates’ instant campaign biographies — and read them. I followed Mitch McConnell on Twitter.

But not anymore. It’s time to jump off that hamster wheel and start living again. But a life without politics is going to leave me with a lot of spare time. Where is one to go?

To sports, that’s where. Sports is one place where the results are not cooked into the event, as they frequently are in the political world. Upsets are de rigueur in sports; Cinderella stories are commonplace. Spirits soar; spirits crash — all depending on how your team does. It is the great escape from everyday tedium — and from politics.

It used to be, anyway. Now, championship sports teams don’t visit the White House because they disagree politically with its occupant. National soccer players performing on the world stage “dis” the national anthem and the flag, calling to mind the recent politicization of “The Star-Spangled Banner” by NFL players who took a knee at its singing before games to protest alleged police brutality, or a president whose tweets criticized them, or over-the-hill quarterbacks who couldn’t get NFL jobs, or … well … something. As for the over-the-hill quarterback who started all this, he’s moved on to allegedly nixing plans for patriotic shoe designs.

The best NBA players, for all their skill and charisma on the hardcourt, have transmogrified into political commentators. Long before LeBron James was going one-on-one with President Trump in a nasty Twitter war, he joined his Miami Heat teammates donning hoodies to protest the Trayvon Martin incident; LeBron, again, also joined his fellows in “I can’t breathe” T-shirts, memorializing the final words of New Yorker Eric Garner, who died after a confrontation with New York cops. Other NBA stars — Steph Curry, Kevin Durant, et al. — share strong political comments when they want to. Gregg Popovich and Steve Kerr, widely acclaimed and successful NBA coaches, pop off about Trump when the mood strikes them.

And how do most of us witness all this? On ESPN, the Worldwide Leader in Sports — politics-free viewing there, right? Riiiiiight!

So sports are out. What else is there? There are the movies. They’re fun.

You used to have to go to political movies to see political movies. When you saw on the marquee Reds, Julia, All the President’s Men, Advise & Consent, or Dr. Strangelove, you knew what you would see.

Now, it’s hard to see a movie that’s not political. Oh, the characters don’t sport party buttons or tick off talking points, not normally, at least — although when Hollywood does parade pols before us, the bad ones are invariably conservatives and the good ones (with hearts of gold who look out for the little guy) are consistently libs.

But the agenda is always there. Business is always bad, and big business is always über-bad. Big Oil wants to kill the planet to line its own pockets (Syriana, The Big Fix, Deepwater Horizon). Big Ag wants to make everybody obese and sick (Food, Inc., Cowspiracy). Big Banks want to steal your pension money or take your house (Going in Style, Hell or High Water). Movie businessmen are cast, nearly without fail, as villains, willing to hurt anyone and everyone to put a little more folding money in their pockets.

Families are bad, too, at least nuclear families who live in single-family tract housing in the suburbs, drive SUVs, and probably go to church every Sunday. As for religion, it hardly ever figures in the lives of good guys, and even then, it is only a negative influence, something to be ignored or mocked.

But before movies, there were books: we could lose ourselves in a good novel. I’ve always loved stories, books, literature. Happy were the boyhood days spent reading about dogs and cowboys and sports heroes; equally happy, as an adult, was I roaming about Dickens’s London or Faulkner’s Yoknapatawpha County or Fitzgerald’s East Egg and West Egg. You could steer clear of the political books, like The Jungle and It Can’t Happen Here, and jump on a raft on the Mississippi or push out into the Caribbean intent on catching the big fish, confident you’d be reading stories of adventure and derring-do with nary a political slogan in view.

But now? Those favorites from high school and college — and much of nineteenth-century literature — have been transposed into a key of oppression. Great cohorts of academics have descended on the classics to root out unstated bigotries and authorial biases and question commonplace interpretations of even the most benign texts and apply to them a catalogue of imprecatory isms. How can any story declare its innocence against this onslaught of hate?

And don’t think about returning to the halcyon days of early reading. The books of our youth have come under the censorious eye of the PC police. Nancy Drew, we now hear, is full of casual racism and prejudice: villains have “hooked noses” or “bushy hair” or “sallow skin”; and that’s not even to mention the heteronormativity of Nancy and her friends, or the way their lives are filled with “binaries” and “hierarchical oppositions” and “cisgender assumptions.” And even now, a gang of SJWs is descending on various little houses, even one on the prairie, to wave their fists at Laura Ingalls Wilder for writing in the familiar terms of her time.

I never got into the Hardy Boys, but Chip Hilton, a middle-class, male, white (the “Blond Bomber,” no less) football, basketball, and baseball star, was well represented on my bookshelf. I’m not sure how smoothly he’d go down the straitened, rope-veined throats of the woke brigade today, but Clair Bee’s twenty-four sports novels taught kids sportsmanship, perseverance, the value of hard work, and how to win with humility (Chip’s teams hardly ever lost).

Is religion the answer? You’d think you could escape the ever-present argle-bargle of politics by stepping into the lambent confines of a church sanctuary. Leave the hurly-burly behind and enter the empyreal precincts of things holy and godly … and nonpartisan.

It’s true: You can find refuge from political engagement in some churches. But you can also find churches in which driving a Prius is considered an act of evangelism.

The exodus from Egypt is their go-to trope. Adherents of these theologies are all victims. They’re put-upon slaves eager to march triumphantly out of the “Egypt” of their oppression, from the pylons and obelisks and pyramids of their captivity into the freedom of a promised land of equal pay for equal work and reparations and guaranteed income for all and wedding cakes from all bakeries. And guess who’s the pharaoh in all their exodus scenarios?

These are liberation theologies, all scions of the granddaddy of them all, Latin American liberation theology. To get a sense of what that’s about, imagine Karl Marx in a chasuble holding forth from pulpits all around the southern continent.

They are called “theologies from below,” theologies wherein, instead of starting with the Bible to find out what God says about an issue (that is, from above), theologizing commences from the position of the people and whatever agenda they may wish to further (from below).

What is a troubled soul to do? Well, they say eating is therapeutic. But even the world of food sucks you into a whirlpool of politics. Politics affect what you should eat — low-fat, low-salt items, in small portions, brought to your table from a local source — and what you should not eat — eggs from chickens raised in cages; pork from pigs raised in cages; beef cattle that’s been fed corn; trans-fats; genetically modified food (so-called Frankenfoods); fish from fish farms; tomatoes from Mexico, grapes from Chile; and 32-ounce Mountain Dews.

But, you say, none of that is necessarily political. Can’t a body throw some stalks of organic kale, some heirloom tomatoes, and a few baby squash into a hemp shopping bag at the local farmers’ market and still be a conservative?

Well, sure. But the food war is played out against a backdrop of politics. The food world breaks into competing universes. One is for freedom; the other is for control. One wants to allow you to eat what you want; the other, to slap warning labels and taxes on food they don’t think you should eat. One wants to let freedom reign in food production, to let the market deliver what we want to eat at prices we want to pay. The other is comprised of a self-righteous elite engaged in spasms of virtue signaling — about locally sourced food, about food miles, about the farm-to-fork index, about the 100-mile diet, about food sheds and carbon footprints and sustainability. All of this ignores, and even militates against, an agricultural system that supplies all of America, including the poor, with an abundance of inexpensive, nutritious food.

Sports, movies, literature, religion, food — there is no safe space in this country from politics. There is no escape from celebrities seizing the momentary spotlight of their fame to champion their pet political cause — however obscure, however recondite — to the success in our time of Gramsci’s long march through the institutions, politics has gained such power in American society that it affects everything we say, do, and think.

Where does that leave me? Where is a man in search of a politics-free zone to go?

Well, I could always get interested in the weather.