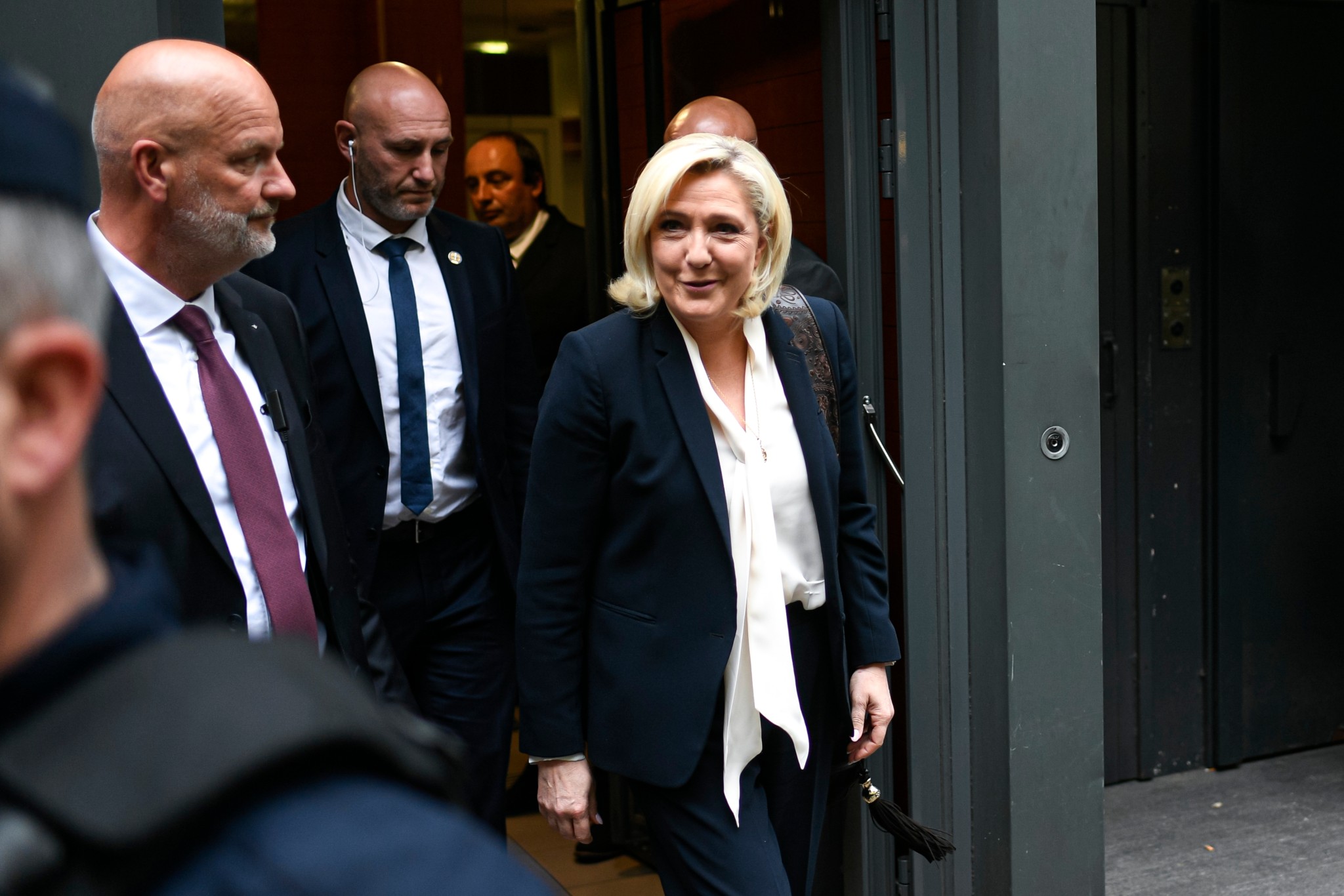 It is rare in Western democracies for election losers to get nearly as much attention as the winner. That is what happened in France after the rematch between Monsieur Macron and Madame Le Pen. Macron won comfortably with 58.5 percent of the vote. Le Pen only managed 41.5 percent. In 2017, however, he had done a lot better, with 66.1 percent of the vote while she got just 33.9 percent. Back then, 10.6 million voters had cast a ballot in her favor compared to 13.2 million this time around.

In his victory speech against the backdrop of the Eiffel Tower on election night, Macron acknowledged that he owed his reelection partly to those who had voted for him not out of conviction, but out of fear of a Le Pen victory. These tactical voters, one can safely assume, are mainly followers of the ultra left-wing politician Jean-Luc Mélenchon. He had trailed Le Pen in the first round on April 10, securing 22 percent of the vote. Coming in third place, he was excluded from the runoff, but he ordered his followers not to vote for the “racist” Le Pen.

As happened five years ago, mainstream French media outlets had warned against a vote for Le Pen, just as labor unions, employers’ federations, artists, leaders of all religions, and politicians ranging from Trotskyists to former conservative President Nicolas Sarkozy had done. The leaders of Germany, Spain, and Portugal also chimed in. Under a — God forbid — Le Pen presidency, France would turn its back on both the European Union and NATO, cozy up to Russia, restrict press freedom and civil liberties, and treat non-whites as second-class citizens. France under President Le Pen, in short, would turn into a pariah state.

Still, on her third failed attempt to get into the Élysée Palace, she had received more votes than ever before. For the first time, she made inroads in regions like Brittany and the southwest where her party, Rassemblement national, or National Rally, had long remained in the margins. She got more votes than ever in Paris, the capital where Macron and his party remain dominant. Furthermore, she had squarely beaten Macron in the French overseas territories in the Caribbean. Surely, the accusations of racism against her hadn’t stuck on islands like Guadeloupe and Martinique.

Which begs the question of how Le Pen would have fared in mainland France without the “Republican front” treating her as an enemy rather than an adversary. To be sure, her proposals for solving many of France’s problems were radical. Foreigners from outside of Europe and the United States would have a hard time settling in France legally, French citizens would get priority over non-Western foreigners in getting social benefits and housing, illegal immigrants and foreign criminals would be expelled, and the wearing of Islamic headscarves would be banned in public. It was more a far-right wishlist than a proper government program, as the French Constitution and various laws make it well nigh impossible to put this into practice. That so many people voted for Le Pen nonetheless, and that her plans sent the French establishment and media into a frenzy, says a lot about the raw nerves it touched in a country struggling with problems linked to immigration and integration.

This unease has not really changed since the early 1980s when under socialist President François Mitterrand, multiculturalism and anti-racism became the pillars of an unofficial state ideology at a time when communism was losing its appeal for French intellectuals and left-wingers. Marine Le Pen’s father, Jean-Marie, managed to exploit the ire of more conservative French citizens. Jean-Marie Le Pen’s popularity grew steadily after an unofficial ban on him appearing on public television was lifted and viewers noticed how this fiery populist berated multiculturalism in a way that his opponents judged racist. Mitterrand’s successors noticed that shaming Jean-Marie Le Pen’s followers as “scum” actually strengthened him. Sarkozy, the conservative president, tried a different approach by insisting on the need to curb immigration and to stop denigrating France’s colonial past. Demonizing the nationalist right went out the window; wooing it became the norm.

It was to no avail, as the hard right has risen in strength since 1974 when Jean-Marie Le Pen managed a dismal 0.75 percent of the vote in his first presidential election. Seven years later, he did not participate, but in 1988, he managed 14 percent, and in 1995, 15 percent. He reached the runoff in 2002, with 17.7 percent of the vote. His youngest daughter, Marine, managed 17.9 percent in 2012, after which she started to purge her party, the National Front, from provocateurs like her father and changed its name. On April 24, the dire prediction of the left-leaning newspaper Le Monde came true: she had crossed the 40 percent threshold.

Macron had tried to sow fear among the French when, in the debate with his opponent, he predicted “civil war” should she defeat him. Muslims in French cities would rise up against the headscarf ban and the police would be both unwilling and unable to restore order, he told a stunned Le Pen.

She had remained mostly silent on her more controversial plans, concentrating instead on defending the purchasing power of the less well-off. For this, voters could also turn to the leftist Mélenchon, who is just as generous at promising raises in wages and benefits, curbing energy prices, and lowering the retirement rate, if not more so. However, Le Pen’s strength for garnering support resides in her fight against non-Western immigration and its related headaches such as crime and Islamic terrorism. Mélenchon is seen as soft on immigration and his participation in a demonstration against “Islamophobia” also put people off, just as his hatred for the U.S. and NATO has done so.

He enjoys huge support in Islamized suburbs of Paris and other cities where people fear that one day Le Pen’s proposed ban on headscarves will become law. Over the years, whites have left these places in droves, among them Jews noticing an increasingly hostile environment. Macron has tried to counter what became known as “Islamist separatism” and to simultaneously weaken Le Pen’s appeal. The president’s failure on the latter somewhat dampened his victory celebrations on a chilly spring evening in Paris.