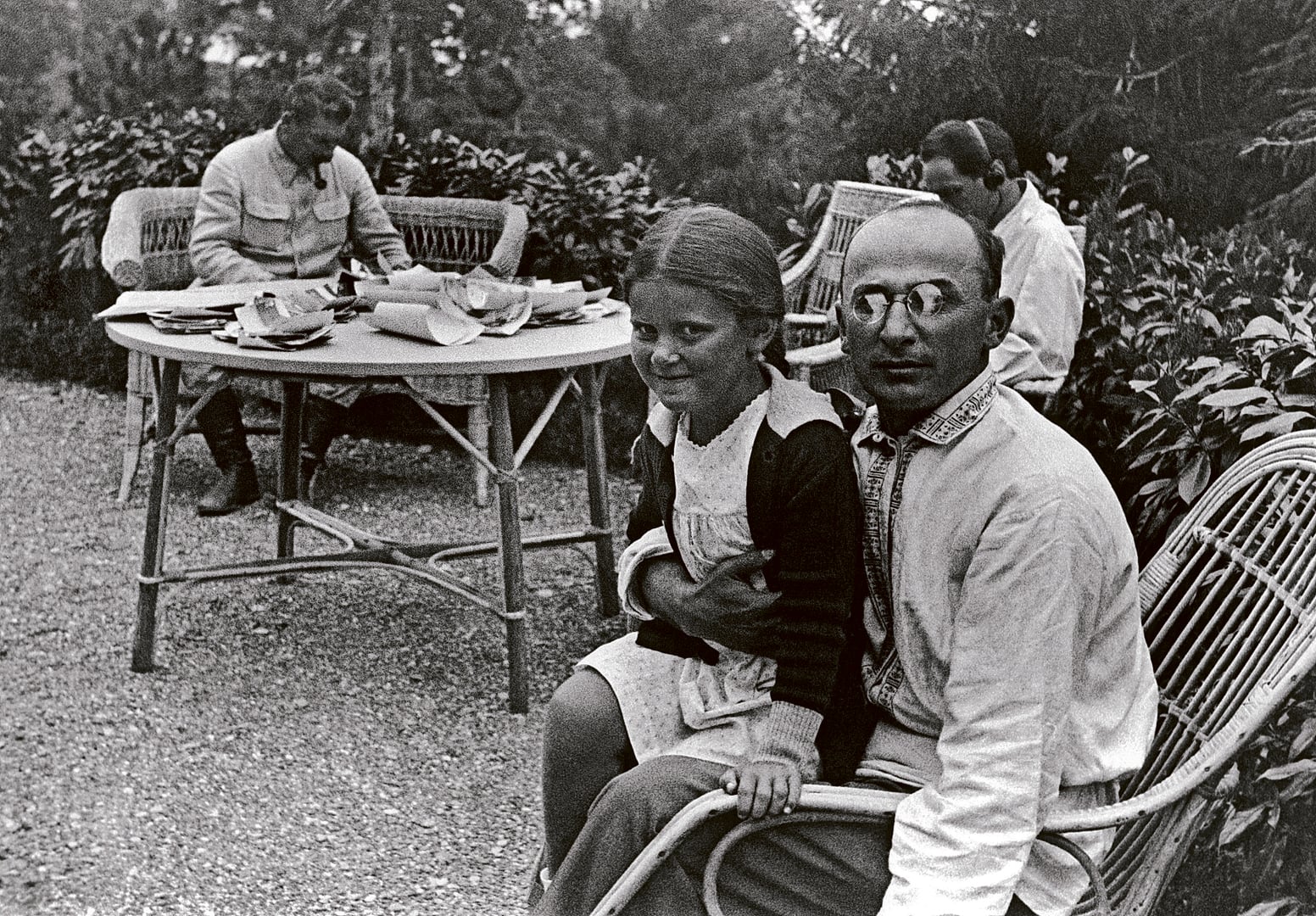 Lavrentiy Beria was a truly evil man. From 1938 to 1953, Beria was chief of Joseph Stalin’s secret police, the NKVD. Under Beria, the NKVD conducted purges of Communist Party loyalists and executed thousands of people he and Stalin believed to be disloyal.

In most cases, the people concerned weren’t obviously Stalin’s opponents but that was of no import to Beria. He is reported to have said, “Show me the man and I’ll find you the crime.”

The Democrats on the Jan. 6 committee and the FBI are taking the same approach in trying to disqualify Donald Trump from running for president in 2024. They’re certain he’s guilty of something and they’re going to prosecute him for whatever they think it is.

The Democrats are terrified of Trump and will do anything to keep him from running again in 2024. Their last two shots — the Jan. 6 committee and the raid on Trump’s Mar-a-Lago home — are based on a constitutional amendment and a rather obscure U.S. statute.

The Jan. 6 committee means to prove that Trump’s purported incitement of the Jan. 6, 2021, riot at the Capitol was an act of insurrection or rebellion against the government of the United States.

Under Section 3 of the 14th Amendment, anyone who has previously served as an officer of the United States and who has “engaged in insurrection or rebellion against [the United States]” may not hold the office of president or vice president. This post-Civil War amendment was added to prevent people such as Jefferson Davis, who was a U.S. senator before he was president of the Confederacy, from retaking office.

The Jan. 6 committee will soon send a recommendation to the Justice Department that Trump be prosecuted for “engaging” in insurrection by his speech on that date and his inaction for three critical hours in not calling for an end to the riots.

Trump said foolish things in that speech and acted stupidly by not going on television immediately to call for an end to the riot, but that doesn’t amount to engaging in an insurrection or rebellion. Nevertheless, given the actions of the FBI and Attorney General Merrick Garland last Monday in the Mar-a-Lago raid, it’s likely that Trump will be indicted on that basis and more.

On the basis of a sealed search warrant, a large team of FBI agents was permitted to search Trump’s home, his office, and even Mrs. Trump’s wardrobe.

There are conflicting reports on what they seized. One of Trump’s lawyers reportedly told the FBI in June that there was no classified material in Mar-a-Lago, but the FBI claims it seized 11 sets of classified documents. Sources told Fox News that the FBI also seized documents containing attorney-client privileged information.

Garland said he personally approved the search. Garland later asked the court to remove the seal from the search warrant and Trump told the court he wanted it to be made public.

The boilerplate part of the warrant asserts that the search was to gather evidence of violations of Title 18 U.S. Code Sections 793, 1519, or 2071. We’ll come back to those laws in a minute. What wasn’t made public were the one or more affidavits supporting the warrant.

Every search warrant must be supported by one or more affidavits made under penalty of perjury. The affidavits set out the reasons why someone is suspected of violating criminal law and why the search is necessary to gather evidence of specific criminal acts.

The FBI lied in affidavits supporting applications for search warrants from the Foreign Intelligence Surveillance Court to obtain the authority to surveil communications by Trump campaign people such as Carter Page. We know that because those affidavits took parts of the Steele dossier — which the FBI hadn’t verified independently and has been proved false — and asserted them as fact in sworn affidavits supporting the warrant applications.

It was all part of the FBI and CIA’s campaign to destroy Trump. It failed because the Steele dossier — bought and paid for by the Clinton campaign — was filled with lies and innuendos. Even special prosecutor Robert Mueller couldn’t make any of it stick.

Mueller’s investigation didn’t charge Trump with violations of the law. It failed to do what the Democrats are still trying to do.

We can’t be sure that the FBI hasn’t lied in the affidavits supporting the Mar-a-Lago raid until they are disclosed and we have the opportunity to investigate for ourselves.

As many others have noted, this is the first time in the nation’s history that a former president has had his home and office searched by a federal law enforcement agency.

The Monday FBI raid on Trump’s Florida home is a milestone in abuse of executive power. The search warrant asserts it is in pursuit of evidence that Trump violated Title 18 U.S. Code Sections 793, 1519, and 2071.

Section 793 is a general law prohibiting the misuse of classified information. It specifically prohibits a person who, through gross negligence, removes such information from its proper place or delivers it to anyone not having proper access to it.

Section 1519 is a statute prohibiting obstruction of justice by altering, destroying, covering up, or concealing any public record.

But the nub of the issue is Title 18 U.S. Code Section 2071. Under it, anyone who “takes and carries away any record, proceeding, map, book, paper, document, or other thing, filed or deposited with any clerk or officer of any court of the United States, or in any public office, or with any judicial or public officer of the United States and … Whoever, having the custody of any such record, proceeding, map, book, document, paper, or other thing, willfully and unlawfully conceals, removes, mutilates, obliterates, falsifies, or destroys the same, shall be fined under this title or imprisoned not more than three years, or both; and shall forfeit his office and be disqualified from holding any office under the United States.” (Emphasis added.)

There is a huge problem with Section 2071. It’s clearly unconstitutional.

The Constitution sets out the only criteria for holding the presidential office. Under Article 2, Section 2, any natural-born U.S. citizen over the age of 35 is eligible to run for the presidency. The only limitation is the one contained in the 14th Amendment mentioned above that covers previous office-holders who have engaged in insurrection or rebellion against the United States.

Section 2071 is unconstitutional because Congress cannot, by enacting any law, change the Constitution. That won’t prevent Trump from being indicted under it.

The Beria FBI was on a fishing expedition, reportedly to see if Trump had possession of classified information taken from the White House.

Former presidents, like many former cabinet officials, retain their security clearances for a long period of time as do many of their staff.

The proper way for the Beria FBI to go about recovering documents from Trump would be by subpoena. The media has reported that Trump was served a subpoena weeks ago. But it remains unclear why Garland and the FBI chose to proceed to the intrusive means of staging the high-profile raid on Trump’s home.

Think back to 2015 and 2016. In July 2016, then-FBI director James Comey gave Hillary Clinton a free pass on her unauthorized and unsecured “Clintonmail” account with which she conferred with her staff on top-secret information including special access programs and Talent Keyhole intelligence information.

From my time in the Pentagon, when I had top-secret clearances, I can tell you that these are among America’s most closely guarded secrets. Special access programs are usually covert operations involving real-life spies that may result in blood on the floor. Talent Keyhole is information gathered by spy satellites. There are no higher classification categories than those imposed on that sort of information.

The FBI and the CIA made no effort to seize Clinton’s computers on which that information had been trafficked. Clinton had a private contractor (who apparently was not cleared to handle such information) “clean” them using a using a program called “Bleach Bit.”

Between now and 2024, there is plenty of time for the U.S. attorney for the District of Columbia to charge Trump on the Jan. 6 “insurrection” and any violations of Section 2071 or other statutes he may choose. The grand jury is already empaneled. Can anyone doubt that a D.C. jury would convict Trump on any of these charges?

Trump keeps hinting that he will declare his 2024 campaign soon, perhaps even before the 2022 elections. When he does so, that will trigger the D.C. indictments which could result in a trial that would drag on into 2024.

Some of us wish that Trump would step aside and let another Republican take the 2024 nomination. That won’t happen. The 2024 campaign will be the dirtiest ever, with Garland and his FBI continuing to follow Lavrentiy Beria’s path.