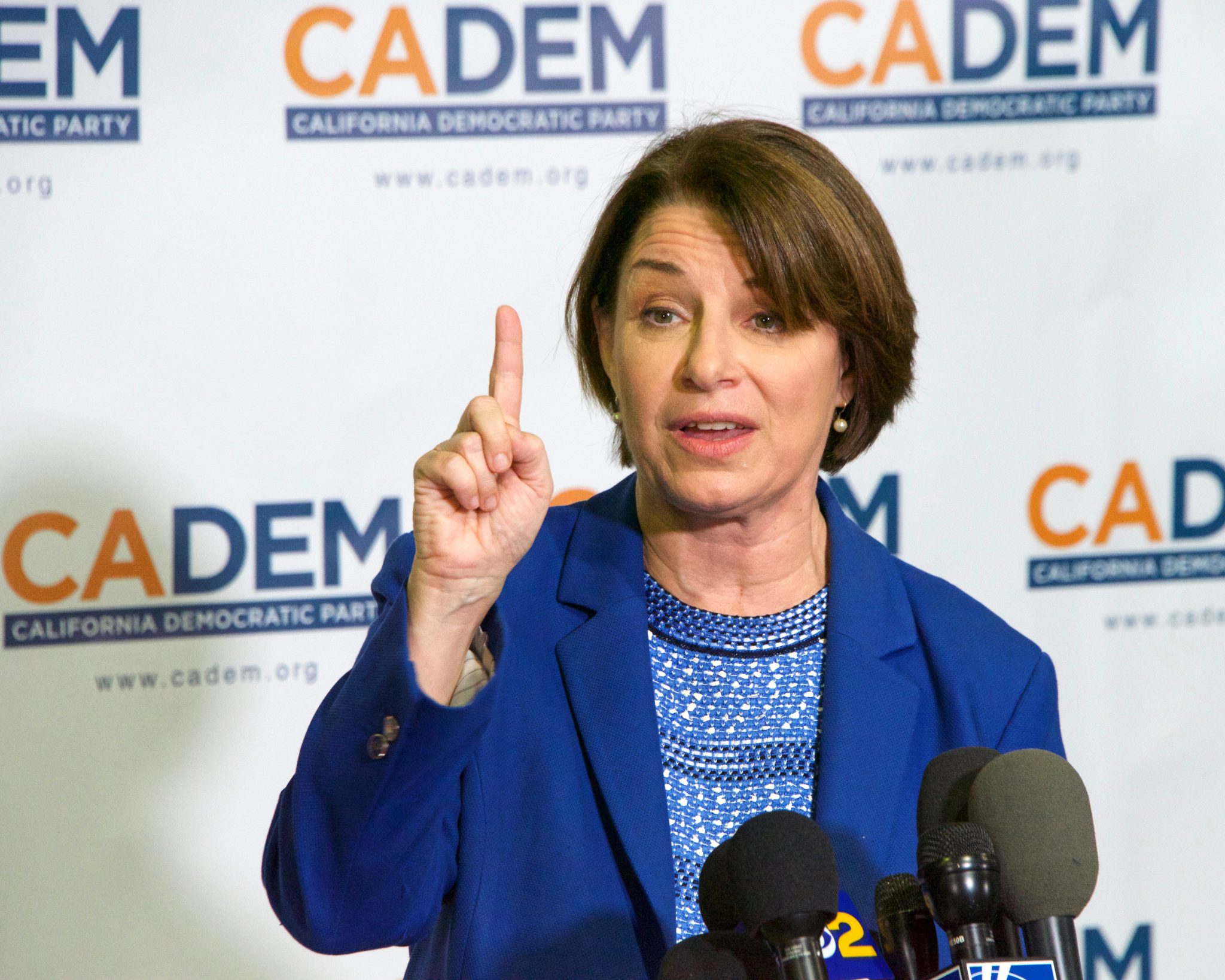 There has been a lot of criticism about postal voting and the ease with which it can be abused. What has so far been overlooked is how it has also changed the constitution by stealth and reduced the president’s term from four years to three years, 10 and a half months.

The four-year term has stood ever since the framers deemed it to be a good idea in 1787 and placed it in Article II, Section I of the Constitution. But not anymore.

This 4 percent reduction has come to light following a couple of tweets sent out by Sen. Amy Klobuchar (D-Minn.), concerning the process for selecting a replacement for the late Justice Ruth Bader Ginsburg to the Supreme Court. Originally she wrote,

But soon prominent Republicans including Donald Trump Jr. pointed out that she appeared to be supporting his father’s right to nominate a successor:

I agree and @realDonaldTrump is the President. Glad to have your support on this Amy.

An hour later, the senator thought she had found a way to dig herself out of the hole she had dug for herself. She clarified her first comment with a second tweet:

People are voting RIGHT NOW to pick our president — that president should pick the next Supreme Court Justice.

In those 60 minutes she managed to reduce the president’s term in office by almost two whole months. Or maybe the senator had been forced into revealing a possible Democrat covert op.

Could it be that alongside making it easier to “positively influence” the next election, the secondary purpose of the postal voting scheme was to delegitimize the closing months of Donald Trump’s tenure?

In an interview Joe Biden gave to Milwaukee television station TMJ 4, he said, “We’re in the middle of an election. By the time that vote (SCOTUS nomination) comes up, if it comes up, there will have been close to 40% of people who have already voted. It’s a violation of the spirit of the Constitution to suggest that it should not wait.”

According to Mr. Biden and Sen. Klobuchar, once the first postal vote was cast, which would have been from September 14 in Pennsylvania, the 45th President of the United States of America lost his right to make this key decision on the people’s behalf.

And do they feel this limitation also applies to other presidential powers, such as to sign or veto laws, command the armed forces, convene or adjourn Congress, grant reprieves and pardons, and receive ambassadors?

The Democrats couldn’t topple Trump during numerous previous attempts, including spying on his campaign team, exploiting the dodgy Russian dossier, the Mueller investigation, the impeachment, and then blaming him for COVID-19. So this might at least enable them to shorten his term a bit.

But should Joe win in November, would the newly elected President Biden and the senator for Minnesota seek to restrict all future presidential terms — including Biden’s own — to three years, 10 and a half months, through a new constitutional amendment?

I think everyone knows the answer to that. And just imagine trying to shout at re-election time, “Three years and 10 and a half more months!”