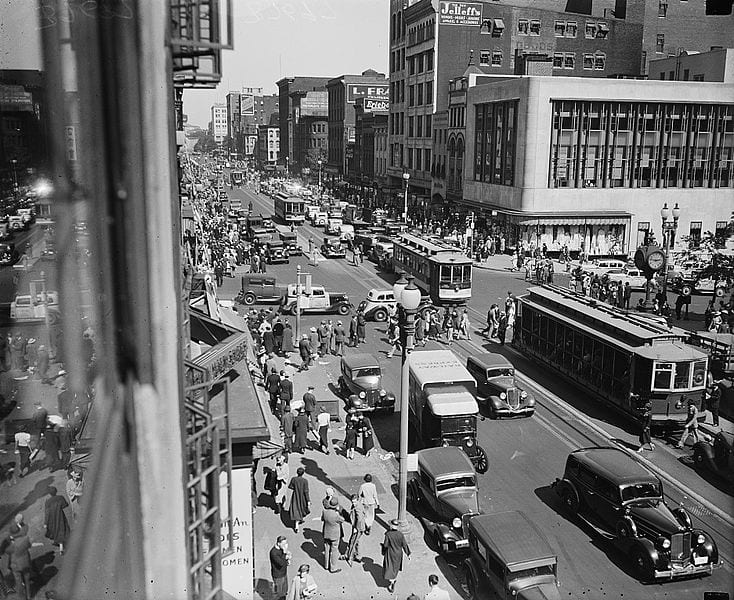 Trending
Coronavirus: The Price of Luxury
by Robert Stacy McCain
The Impeachment That Killed Americans
by Jeffrey Lord
The Game Changer: President Trump Was Right
by George Parry
Sign Up to receive Our Latest Updates!
Register
Hot Off
The Press
Special Report
How Donald Trump Has Turned the Pandemic to His Advantage
by E. Donald Elliott
Sunday Report
Blaming Christians for the Coronavirus Crisis
by George Neumayr

On March 18, 2018, the Washington Post Outlook section categorized KGB influence operations and my book, American Betrayal, both as “myth.” In response, I sent in the following essay, which Outlook has turned down.

I am the author of that unnamed “book written in 2013” whose research and argumentation, anchored in nearly 1,000 endnotes, were labeled a “myth” by Mark Kramer (“Five Myths about Espionage,” Outlook, March 18, 2018).

A surprisingly common misconception about spies is that they set out to change policy in the countries where they operate. A book published in 2013, for example, alleged that Stalin’s spies in the 1940s had effectively “occupied” the United States and guided the policies of the Roosevelt administration.

Since Kramer forgot to mention it, the title of that “book published in 2013” is: American Betrayal: The Secret Assault on Our Nation’s Character (St. Martin’s Press). On page 68, I set out to describe the impact of the secret honeycombing of the halls of power and influence in New Deal/wartime Washington, D.C. by an intelligence army of covert agents and communists under Kremlin discipline — more than 500 have now been identified — and came up with “for all intents and purposes occupied.”

A goodly number of these secret agents, of whom Alger Hiss is only the most famous, reached senior policy-making positions in the FDR administration. In Kramer’s telling, however, all they really did as they inched closer and closer to the Secretary of the Treasury or State or the President was filch classified documents. Questions concerning whether/how these secret agents and ideological communists influenced the direction of U.S. policy- and even war-making to the Kremlin’s advantage — questions my book explores — are to be dismissed as what Kramer describes as a “surprisingly common misperception.”

Given that Kramer wrote an op-ed last year about the long history of “Moscow’s active measures to influence U.S. politics and undermine U.S. foreign policy,” perhaps it is his own recent Outlook statement that is surprising; however, it is no myth.

That there exist “spies” — better known as agents of influence, for example — who seek to “change,” or, more realistically, influence policy-making and other activities of rival nations is a fact. It is an especially salient fact in the case of the fronts, networks and sophisticated campaigns of deception directed by the KGB, and overseen, at least in the post-Stalin era, as renowned Soviet dissident Vladimir Bukovsky reminds us, by the Central Committee of the Communist Party in Moscow. Lest there be any confusion, this has been going on for one hundred years — not only in “the 1940s.” My own book aside, I am afraid that when Mark Kramer, as director of Cold War Studies at Harvard, dismisses all of this and more as “myth,” it is akin to the Army Corps of Engineers dismissing as “myth” the presence of water in the Mississippi River.

I am guessing deception is very rarely mentioned in textbooks on espionage that Professor Kramer assigns in his “Cold War Studies” courses. What follows, then, is a chance for him to bone up.

The late intelligence expert Herbert Romerstein, also a seasoned congressional investigator, could not have expressed it more simply. In the first sentences of his 1991 monograph, titled, non-mythologically, “Soviet Agents of Influence,” he wrote:

An intelligence service has two main functions in a target country. One is to collect information from either classified or unclassified sources. The second is to influence the situation in that country.

Ex-Communist and ex-Soviet-agent Whittaker Chambers knew all about that effort to “influence the situation” from the Other Side. In his real-life experience, influence was paramount. A courier for the Communist Underground in New Deal Washington, Chambers served as a Soviet military intelligence operative until 1939 when he broke with the movement. Later, working with the FBI and then Congress, he would become the 20th century’s most famous public witness to Soviet espionage and American treason. In what Mark Kramer would probably call “a book published in 1952,” a.k.a. Witness, Chambers explained:

That power to influence policy has always been the ultimate purpose of the Communist Party’s infiltration. It was much more dangerous, and, as events have proved, much more difficult to detect, than espionage [stealing secrets], which beside it is trivial, though the two go hand and hand.

There is nothing magical, let alone mythical, about any of this.

Hope Hale Davis was a lesser-known member of the evolving communist underground Chambers worked with in D.C. In 1994, Davis, a lifelong Woman of the Left, published her memoir of the period, Great Day Coming. From the book jacket: “As underground members their job was to infiltrate high policy-making levels of government…” (Many of their doings in situ are also set forth in a book published in 2012, Stalin’s Secret Agents: The Subversion of Roosevelt’s Government by M. Stanton Evans and Herbert Romerstein.)

Davis recounts a “special meeting” of the “comrades” — all federal employees in a secret sub-cell of the larger underground apparatus — called “to deal with” the shocking news of the show trials of the so-called Old Bolsheviks, i.e., Stalin’s blood purges.

Vic announced that Steve had meant to come to Washington but the repercussions from the news were keeping him at headquarters.

“Vic” is Soviet agent Victor Perlo, who, as key defector Elizabeth Bentley revealed, later ran his own ring (the Perlo group); “Steve” is the notorious Comintern spymaster better known as “J. Peters,” the link between the American underground and the Soviet secret police.

Peters, born Sandor Goldberger, was also Whittaker Chambers’ Soviet control officer. Chambers, too, describes Peters’ occasional visits to underground gatherings in Witness: “He lectured them on Communist theory and Leninist organization and advised them on general and specific policy problems. For several of them were so placed in the New Deal agencies (notably Alger Hiss, Nathan Witt, John Abt and Lee Pressman) that they were in a position to influence policy on several levels.”

Davis’s memory is concordant. The cell meeting she describes was called for Soviet intelligence boss Peters to “emphasize that the success of the Popular Front depended on our correcting the widespread misunderstanding of the Moscow show trials.” (Emphasis added.)

to prepare to answer any doubt. Second, we must not expose ourselves as Party members. We groaned, knowing the problem this raised. Even answering at all, John said, marked you as a Communist. Yet he knew he had to take the chance. The trials had all but undone a year’s work on his chief, whom he had been allowed to try to recruit. (Emphasis added.)

That last bit is darkly fascinating. “John” is all but certainly John Abt, later chief counsel for the Communist Party USA. During the Moscow show trials (1936-1938), Abt had two notable “chiefs” whom he might well have been “allowed to try to recruit.” One was a U.S. Senate Chairman, the other the Attorney General.

Whatever the identity of “John” and his “chief,” subject for a year to the ministrations of communist recruitment, the questions themselves attune us to the painstaking, long-range practice of such operations. Decades later, in the hands of Stanislav Levchenko, KGB defector and master-practitioner of influence operations, they were aptly likened to courtship.

Looking back on the bureaucratic heights key members of his underground apparatus had scaled by the 1940s, Chambers would write:

In a situation with few parallels in history, the agents of an enemy power were in a position to do much more than purloin documents. They were in a position to influence the nation’s foreign policy in the interests of the nation’s chief enemy, and not only on exceptional occasions, like Yalta (where Hiss’s role, while presumably important is still ill-defined) or through the Morgenthau Plan for the destruction of Germany (which is generally credited to [Harry Dexter] White), but in what must have been the staggering sum of day-to-day decisions.

Far from being imaginary, such infiltration and subversion would remain, and still remains, a dire national security threat. In 1982 congressional hearings on Soviet Active Measures, John McMahon, Deputy Director of the Central Intelligence Agency, explained why:

You can never overestimate the impact of an agent of influence. If you have an individual who is an adviser to a minister or a president, or if you have a minister himself as your agent of influence, you can do a tremendous amount in a country as far as actives measures are concerned. It is the most insidious, pernicious thing to deal with as far as a countermeasure is concerned.

Just don’t expect college credit at Harvard for bringing any of this up in class.

Curiously, Kramer goes on to acknowledge in passing the sort of influence operations he is simultaneously dismissing as myth before returning to his main point:

But the largest share by far of their personnel and resources goes toward the collection of secret information through human and technical espionage and the subsequent analysis of that information. This was just as true of the Soviet Union in the 1930s and ’40s as it is of the United States today. Influencing policy was rarely, if ever, their main goal — indeed, it was discouraged if it would raise red flags and thereby endanger access to classified materials.

Saying so doesn’t make it so.

Stanislav Levchenko, mentioned above, defected to the United States in 1979 after serving undercover as a journalist in Tokyo, where he had helped run a network of about 200 recruited Japanese agents who worked in the highest political and media circles. In addition to the CIA’s John McMahon, Levchenko, too, testified before Congress in 1982 about Soviet Active Measures. I mention this because his 10-point summary of his task as a KGB major bears directly on Kramer’s contention that it is a myth that “spies set out to change policy in the countries where they operate.”

From Levchenko’s Point #1 (“to prevent further deepening of political and military cooperation between Japan and the United States”) to Point #10 (“to maintain a high level of activity in implementing operation KORYAK, which Moscow intended as a means of affecting the Japanese perception of Soviet intentions … to show the Japanese government the uselessness of disputing Soviet control on [the Kuril Islands]”), Levchenko set forth a series of KGB initiatives to target state policy-making and public perception. Perhaps “the collection of secret information” went without saying; but in this signal stretch of testimony, there was no mention of it.

This is not to claim the collection of secrets is not a central part of intelligence work. It is. To label the massive history and practice of influence operations as “myth,” however, is an error of such gross proportions as to constitute a payload of deception itself.