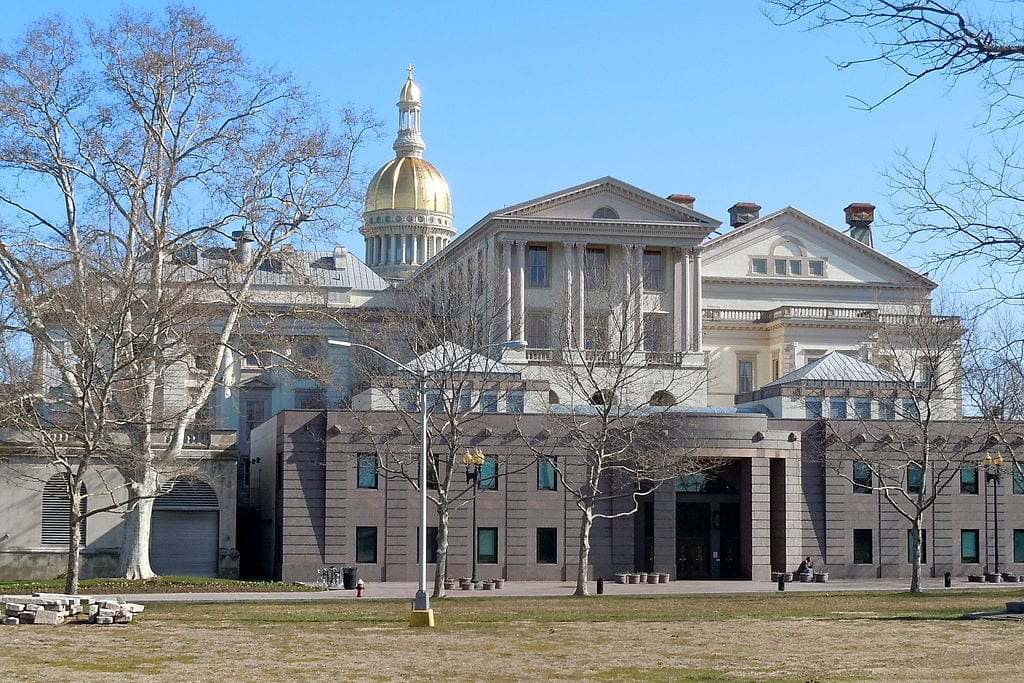 The newspaper industry is dying, but the state of New Jersey thinks it may have found the solution: government funding of newspapers.

Just months after the most leftwing governor in the state’s history, Philip Murphy, assumed office, the New Jersey legislature passed a bill to fund a consortium that would dole out millions of dollars of taxpayer money in grants to new journalistic enterprises.

The New Jersey Civic Information Consortium Bill, revised several times in the days before its passage, shuffled into the massive stack of pages of the state’s budget bill. The big news in recent weeks in New Jersey, though, wasn’t the unusual tactic of government using taxpayer funds to shore up journalism. Instead, the Democrat-controlled Assembly and Senate were battling the new Democratic governor over taxes. They were doing everything possible to avoid “a state shutdown,” which would’ve closed down state parks during the hot holiday weekend, à la the infamous Chris Christie state beach closure of 2016.

The legislature and governor were only fighting over which taxes to raise, because taxes were going to rise, period. The Civic Info Bill was just a $5 million cost buried therein.

The only good news about this bill was that it started out with a $20 million price tag, plus an additional million to be added every year to fund the measure. During the legislative battle, the $20 million got whittled down by $15 million.

But it’s a start, a foot in the door for the creation of state-funded media. New Jersey — which has the highest tax burden in the country and is second only to Illinois in the number of residents fleeing it for greener and less expensive pastures — now has the dubious distinction of being the first state in the country to use taxpayer money to fund journalism sites.

The group that has been behind this measure for years couldn’t be more proud. The innocuous-sounding Free Press, along with its political action arm, is more widely known for being the driving force behind the nation’s “net neutrality” movement, which is designed to give the federal government wide-ranging control of the Internet. That action found favor under former President Barack Obama’s Federal Communications Commission (FCC), but those rules were recently allowed to expire under Trump’s Republican administration.

Free Press’s net neutrality gains might have been short-lived, but the new government-journalism cronyism now in effect in New Jersey may prove to be a more effective direction for the organization. After its triumph in the Garden State was assured by the all-Democrat state government, Free Press turned its attention to North Carolina, where it’s working on persuading that state to allocate taxpayer money to shore up journalistic enterprises.

The group’s name notwithstanding, there isn’t much free about the Free Press. Through its lobbying for government intrusion into the Internet, it has absorbed millions of dollars from leftwing donor groups, most notably George Soros’ Open Society Foundation.

Most of the New Jersey State Senate Republicans abstained when the bill came up for a vote, but that had much to do with trying to cut back on spending in a Democrat free-for-all environment. “I’m not sure that the government should be in the business of funding newspapers,” one Republican senator, who preferred to remain anonymous, told The American Spectator.

“Journalism isn’t my business, but I’d question how a reporter who is being paid by the government is going to report on the people who are signing his paycheck. How can a reporter be critical of politicians when those same politicians are using tax money to pay him?” he said.

None of the New Jersey politicians interviews for this article were aware of the Free Press-Soros connection, although they were all aware of Soros and his energetic funding of leftwing groups.

“Any amount of money for a bill like this is egregious, especially with the recent budget deal to raise taxes,” Erica Jedynak, the New Jersey state director for Americans for Prosperity, told The American Spectator. “To me, it’s irrelevant when this bill is spending money the state doesn’t have for a cause it doesn’t need to support.”

According to the bill, the consortium is to be a non-profit, and will consist of five state universities, including Rutgers. The consortium can disperse grants, but the academic institutions have to provide either matching funding, or support services worth at least ten percent of the grant. Since those institutions are publicly funded, it explains why the New Jersey Office of Legislative Services (OLS) listed the actual cost of this bill as “indeterminate.”

“There are too many moving parts to know what exactly it is going to cost,” explained an OLS employee.

The final tally may be much higher than the mere $5 million used as seed money. The composition of the 13-member board of directors doesn’t provide much reassurance on spending or impartiality thanks to its largely partisan and self-interested makeup.

Four members will be appointed by state bodies controlled by Democrats. An earlier version of the bill allowed the opposition party to appoint at least one member to the board, but that provision was removed from the bill before the final vote. Each of the educational institutes of the consortium will appoint one member, and the remaining four members will be approved by the other nine. The entire board will appoint an executive director and staff. As the majority of public universities in the state skew left, there’s little doubt what the priorities of the board of directors will be.

Free Press executives have said that the bill was designed as a non-profit so they could “raise funds,” a task they’re particularly good at. One of the founders of Free Press is Robert McChesney, a professor of communications at the University of Illinois. He is also a student of the history of American journalism, as seen through a Marxist lens.

McChesney makes no secret that his goal is the overthrow of capitalism and the installation of leftist governance, and his dream was to be fulfilled by government control of the Internet and a takedown of media owned by corporate concerns.

“Instead of waiting for the revolution to happen, we learned that unless you make significant changes in the media, it will be vastly more difficult to have a revolution. While the media is not the single most important issue in the world, it is one of the core issues that any successful Left project needs to integrate into its strategic program,” McChesney said in a 2009 interview.

The goal is to tear down the old system and devise a new, “more democratic” one. “The result of such democratization will, in my view, be a marked shift to the political Left,” McChesney continued.

North Carolina is next on the Free Press’s agenda, and conservatives there were shocked to learn of this new incursion into their state. None of the residents interviewed had any idea that state governments paying for journalistic endeavors was a possibility in their state, or that Free Press had targeted North Carolina to become the second state to adopt and pay for its government-media propaganda scheme.

“If press outlets are seeing cutbacks, then the media corporations should view that as a market signal because they don’t have enough advertising or paying customers,” Donald Bryson, president and CEO of the Civitas Institute, a conservative think tank based in North Carolina, explained to The American Spectator. “Instead of finding ways to force taxpayers to fund media startups, it should be incumbent on the press to stay ‘free’ of the government and provide a better product to its customers.”

“This is a scary model for any other part of the country. Where is the industry going? Whatever this is, it’s not journalism.”