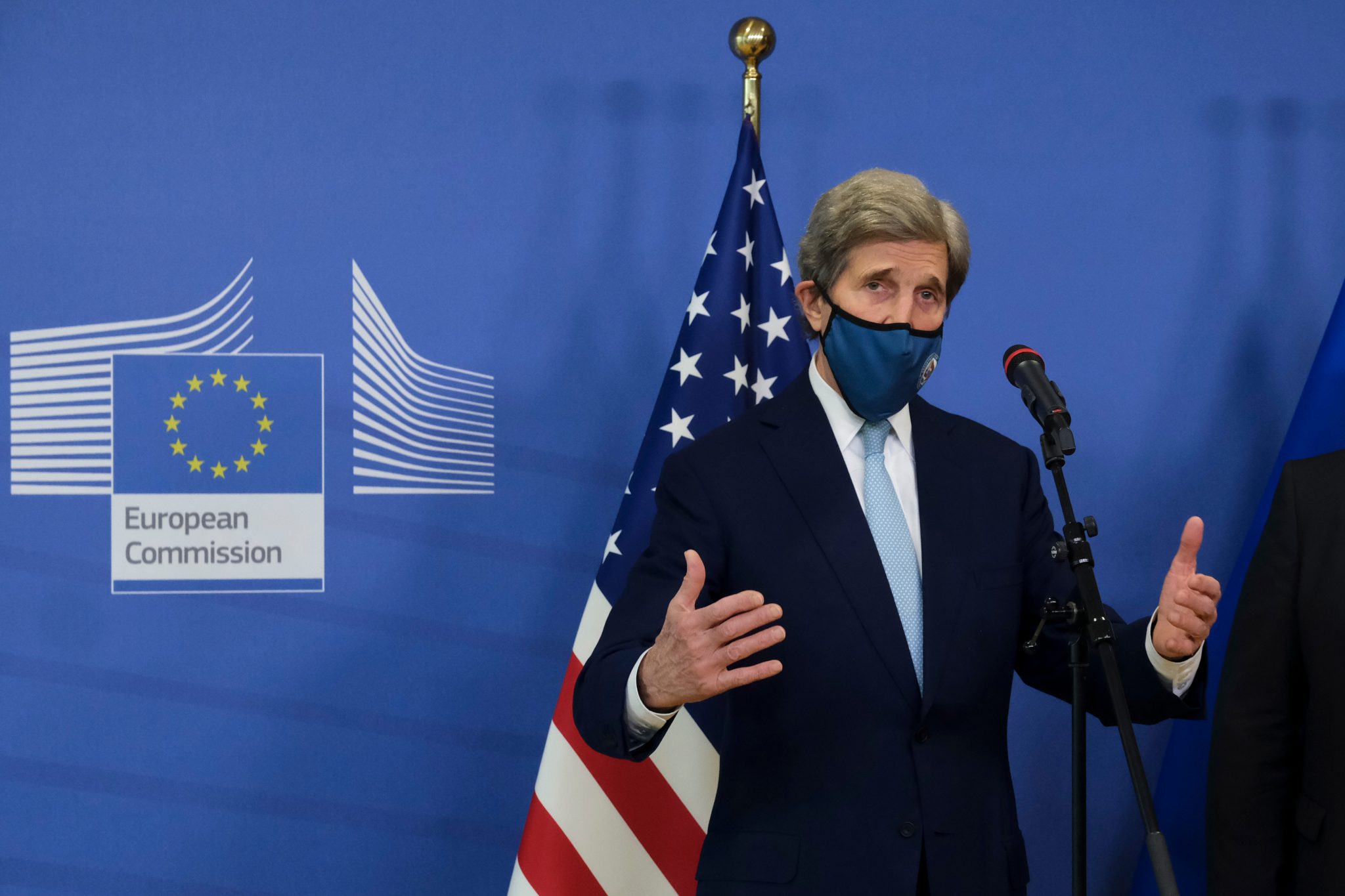 Have you seen the Hon. John Forbes Kerry’s face lately? Who stole his lines? No, I am not talking about his lines, as in his joke lines. President Joe Biden’s Special Envoy for Climate has in fact never told a joke in his life, notwithstanding the jocose nature of his official title, which, by the way, allows him cabinet-level rank. Seriously, he never laughs. He is what psychiatrists call an agelast. He never laughs or jokes or even snickers. Truth be known he is the perfect prig, and someone stole his lines.

I am referring to the lines that used to etch his marmoreal face. Someone has stolen the lines in his face, even the crags and crevices that once defined this 77-year-old’s face. Frankly, I think he has fallen into the hands of a cosmetic surgeon of questionable ethics. His face looks even smoother and more cherubic than a baby’s bottom. I wonder if he has also had a tummy tuck. We shall have to wait for him to go windsurfing this summer off Martha’s Vineyard or while at an international environmental conference, possibly off Monte Carlo. I shall advise my research staff to be on the alert. Kerry’s new position overseeing the environment should be a hoot.

Let me come to the point. A 77-year-old man with not a line on his brow or a sag in his cheeks or wrinkles creeping from his eyes is fooling only himself, but of course Jean-François Kerry has been fooling himself for years. I would have thought that he would have accepted reality about the time he fell off his racing bicycle on a European roadway back in 2015. Yet, no, he has since been spotted windsurfing and otherwise acting like an adolescent boy.

Recently he has been caught in other embarrassing predicaments. Around the middle of March he was observed sitting in the first-class section of an American Airlines flight from Boston to Washington. He was reading a book and ignoring the American Airlines requirement that all passengers wear a mask. “Our mask requirement will continue to be a critical component of our comprehensive effort to protect the health and wellbeing of our customers and team members during the pandemic,” said an American Airlines press release signed by David Seymour, the airline’s Chief Operating Officer.

Mr. Kerry’s embarrassment could have been worse. Someone could have reported what the title of the book was that he was devoting himself to. How about a cookbook by Fannie Farmer? Or what if some unscrupulous passenger reported that Kerry was seen leaving the men’s room before flight time without washing his hands, to say nothing of washing his feet and blowing his nose? Embarrassments such as that do happen to famous individuals. I remember once several years ago when a reporter from The American Spectator reported seeing the Rev. Jesse Jackson leave the men’s room without washing his hands. In those days we were a freer society. One was not expected to wash his hands and his feet or blow his nose frequently. Requirements have tightened up on free spirits such as Kerry.

As I have mentioned, Jean-François Kerry’s new job as Special Envoy for Climate gives him cabinet rank and is otherwise ill-defined. President Biden has made a big mistake by not placing some strenuous restraints on his overly ambitious colleague. As things stand right now, Kerry can be sticking his nose into economic policy and foreign policy without much objection. Both jurisdictions come under the environment. And after all, the environmental czar was secretary of state and even ran for president. President Biden’s new secretary of state, Antony Blinken, is going to have to keep looking over his shoulder to see if Jean-François is not making decisions that impinge on Blinken’s turf. The same can be said for President Biden’s economic team.

There is one important issue that Kerry and Blinken already seem to be at odds on — China. Blinken has already issued a strong statement toward China. Kerry has not. When will he?