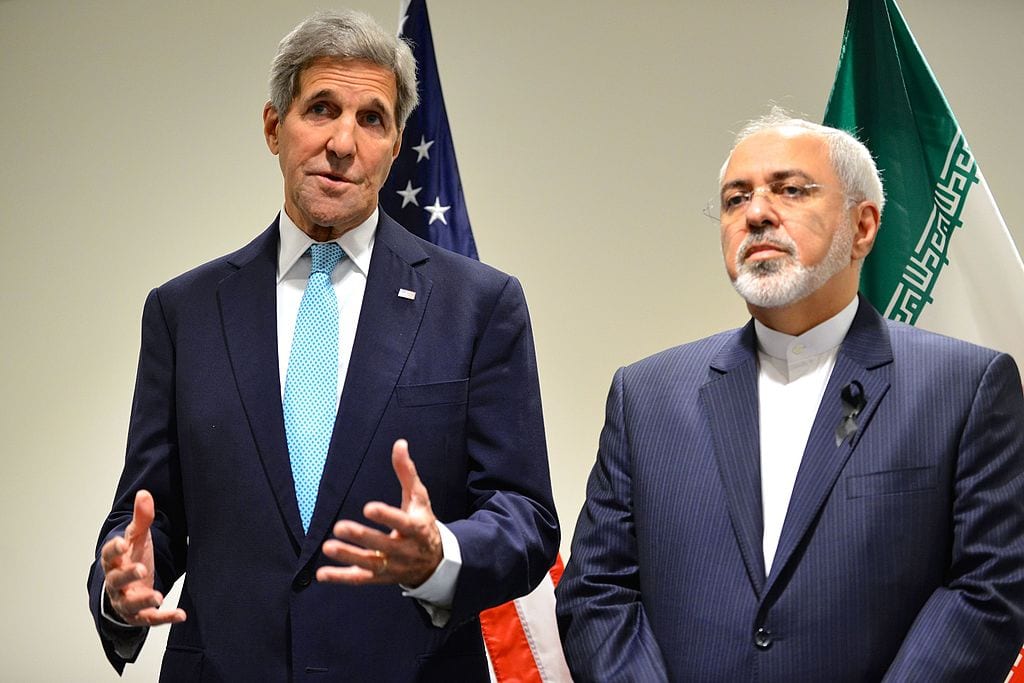 There is a whiff of the absurd about former Secretary of State Jean-François Kerry’s recent “aggressive yet stealthy mission” to New York City. “Aggressive yet stealthy” is how the Boston Globe described his mission, though to serious observers of this elongated buffoon the diplomatic mission was also comic. His return to diplomacy was as comic as his episodes of hang-gliding while running for president, mad bicycling jaunts across Europe in what looked like his underpants, and recreational surfing — all while ostensibly on duty. As for his recent “aggressive and stealthy” diplomacy in New York, is he delusional? Has he never heard of the Logan Act outlawing private diplomacy? President Donald Trump has heard of it, and in a Monday morning Tweet he raised the specter of illegality. Again, is Jean-François delusional?

Well, I have long thought that he is, but so are many of the upper echelon members of the Democratic Party. Starting with Hillary Clinton, who apparently believes that she is the rightful claimant to the presidency. She has moved her seat of power to Chappaqua, New York, there to wait patiently until her loyal factotum, Special Counsel Robert Mueller III, makes the necessary arrangements for her return to Washington, D.C., where she in her delusion will take over the White House from the disgraced Trumpians. Surely the 78-year-old Nancy Pelosi will return to the speakership along with dozens of other fla-fla Democrats. For them the recent election has been a mere distraction from the business of governing America and raising taxes.

I wonder when Secretary-of-State-in-Waiting Kerry will return to the Chappaqua White House to report to the President-in-Waiting on his New York mission. Apparently his meeting with the Iranian Foreign Minister was not his only high-level consultation during his important mission to salvage Iran’s nuclear program. He also met last month with the German President Frank-Walter Steinmeier, and both in Paris and New York he conferred with French President Emmanuel Macron, doubtless in French. Also it is reported by the Boston Globe that he took a telephone call from European Union official Federica Mogherini, though possibly Mogherini dialed the wrong number. At any rate, he has been very busy brushing up on his diplomatic skills.

Perhaps you have heard, as I have, that Madam President is becoming very impatient. Her Secret Service detail is becoming edgy. Lamps have been thrown, furniture broken. I hope husband Bill was out of range. There are many urgent matters facing America’s chief executive, and the longer we wait for her to take residence in the White House the more difficult it is going to be to achieve Mrs. Clinton’s goals. Possibly Mr. Kerry is going to bring Madam Hillary good news, but I cannot actually think of what it is going to be. Maybe Anthony Weiner is in solitary confinement. Maybe Monica Lewinsky has become a nun and been removed to a cloister where she has vowed silence. Possibly Hillary has heard rumors of troop movements in and around the capital. She is a restless sleeper. Will she throw her formidable weight behind the insurrectionary forces or will she wait for Mr. Mueller to work his magic? Time will tell.

Actually, Mr. Kerry’s meetings in New York with the Iranian Foreign Minister should be causing alarm with the more sober members of the Democratic Party. It looks like an instance of collusion and surely is more serious than anything anyone on the Trump team is accused of, including George Papadapadoodle or whatever his name is.

Readers of this column will recall that Democrats have been colluding with the enemy for years, going all the way back to the “Lion of the Senate,” Senator Edward Kennedy. He colluded with the Soviet Union back in 1980 against President Jimmy Carter and in 1983 against President Ronald Reagan. Mr. Reagan’s foreign policy frightened Kennedy Democrats. The Lion of the Senate sought to establish a common front with the Soviets against the administration. A few years later the President won the Cold War without them. It is a little amazing how rarely we hear nowadays that Ronald Reagan won the Cold War, and Senator Kennedy opposed him.

Now a former secretary of state is plainly colluding with the Iranians to salvage a nuclear agreement that the majority of senators on Capitol Hill opposed. Meanwhile, Special Counsel Mueller is obsessed with “collusion,” the collusion of Donald Trump with Russians of which there is still no proof. I wonder if President Trump joined Mr. Kerry in colluding with the Iranians, would Mueller still be pursuing Trump?