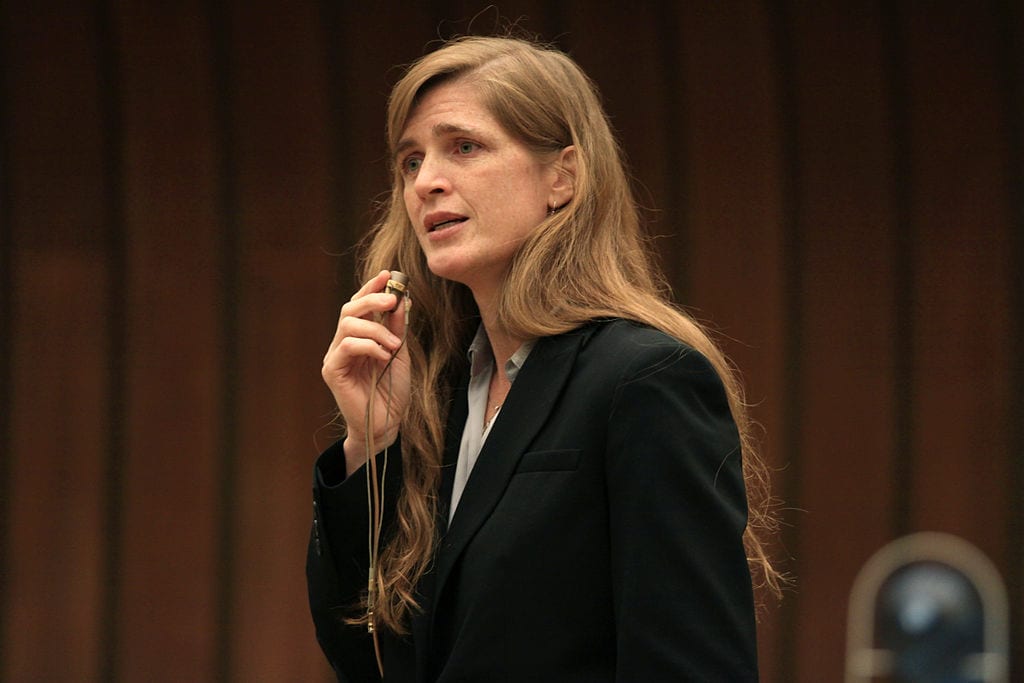 Last Saturday Samantha Power tweeted out that it is “not a good idea to piss off John Brennan.” By early this week, Brennan had already fulfilled her crass warning. He turned up on MSNBC to disseminate the smear that Russia holds compromising material over Trump. This claim, he admitted, was based on nothing more than his own hunch.

So here was a former CIA director sliming a sitting president on his own vicious speculation, just days after one of his old colleagues in the Obama administration had hinted at dark things to come for Trump — and that wasn’t the story! No, the story was the “alarm” felt by such a ruling-class worthy, as if the intensity of Brennan’s feelings somehow made up for his total lack of evidence. A similar subtext runs through many of the stories about the “respected” Christopher Steele: they gloss over the absence of evidence in his dossier and focus instead on the depth of his “concerns.” Who cares? Where is the evidence?

We know that if the Brennans and Steeles had any real evidence they would have leaked it by now. Let’s cut through the nonsense: Brennan wasn’t in the business of collecting intelligence but rather maximizing politically useful innuendo — specifically, his own feverishly anti-Trump speculation that he shared with others in the innuendo community, both domestically and abroad.

One of the richest ironies in this Russian farce is the extent to which Brennan colluded with foreigners to smear Trump, collusion that made Brennan the biggest and easiest dupe for Russian disinformation. Brennan, after all, instigated the Obama administration’s Trump-Russia investigation on the basis of “tips” from Estonian spies, British spies, and other assorted “intelligence counterparts.” That wasn’t solid intelligence but fragments of innuendo, planted at least in part by gleeful Russians who no doubt are still laughing their “asses off” (as Trump once tweeted) by the spectacle of an imaginary “pee tape” upending the American political system.

The New York Times gave its story about Brennan’s smear a blandly reverential title — “Ex-Chief of C.I.A. Suggests Putin May Have Compromising Information on Trump.” The final quote in the piece goes to another former CIA director, Michael Hayden, who confers his blessing upon Brennan’s smear job: “John has a right to say what he says — I also have trouble explaining events with regard to the president and Russia.” How is that for ruling-class logic? Confusion somehow entitles the “intelligence community” to smear the president?

Nobody has done more to discredit the “intelligence community” than spokesmen like these. But, again, Samantha Power gave us all fair warning. And she should know. She was one of the cogs in Brennan’s dirty machine. That’s how she has been explaining away the voluminous “unmaskings” under her name. She told Congressional investigators that members of the “intelligence community” had put her up to the spying. John Brennan, you see, is not a man to be trifled with. “Her testimony is they may be under my name, but I did not make those requests,” according to Congressman Trey Gowdy in interview with Fox News.

While Brennan’s recklessness is obviously of no interest to the media, it is provoking increasing concern among government investigators, who are looking at a range of his abuses — from leaks to perjury to the outsourcing of spying on Trump to foreigners under the guise of “intelligence-sharing.” A member of the intelligence community tells TAS that he was approached by FBI investigators inquiring about Brennan’s improprieties at the CIA. He was startled to hear them venting aloud about Brennan’s practice of using British intelligence officials to spy on the Trump campaign, including American contractors hired by the British who were working from the 12th floor of a building in Crystal City, Virginia, and an NSA building in San Antonio, Texas. Brennan, they fumed, was using British intelligence agents so that he could deny, if asked, that he had spied on the Trump campaign.

Just as Hillary outsourced her spying on Trump to the ex-British spy Christopher Steele, Brennan turned to his counterparts in British intelligence for dirt on Trump, and the British through various planted stories have taken credit for this idiotic dirt-digging (which consisted of treating disinformation as real or over-interpreting inconclusive material), the most obvious one appearing in the Guardian: “British Spies Were First to Spot Trump Team’s Links With Russia.”

They were Brennan’s boys. The head of British intelligence (GCHQ), Robert Hannigan, according to the Guardian, “had passed material” to Brennan during the thick of the campaign. Brennan then took that material to Harry Reid who promptly leaked it to the New York Times: “Brennan used GCHQ information and intelligence from other partners to launch a major inter-agency investigation. In late August and September Brennan gave a series of classified briefings to the Gang of Eight, the top-ranking Democratic and Republican leaders in the House and Senate.”

Brennan was in effect laundering his anti-Trump smears and hunches through foreign intelligence officials, then playing the innocent conduit for “tips” from our “allies.” In the process, Brennan, not Trump, became an agent for Russian disinformation, turning into its most prized useful idiot — a Trump hater too fanatical and stupid to realize or care that Putin was pissing on him and America through bogus “intelligence.”