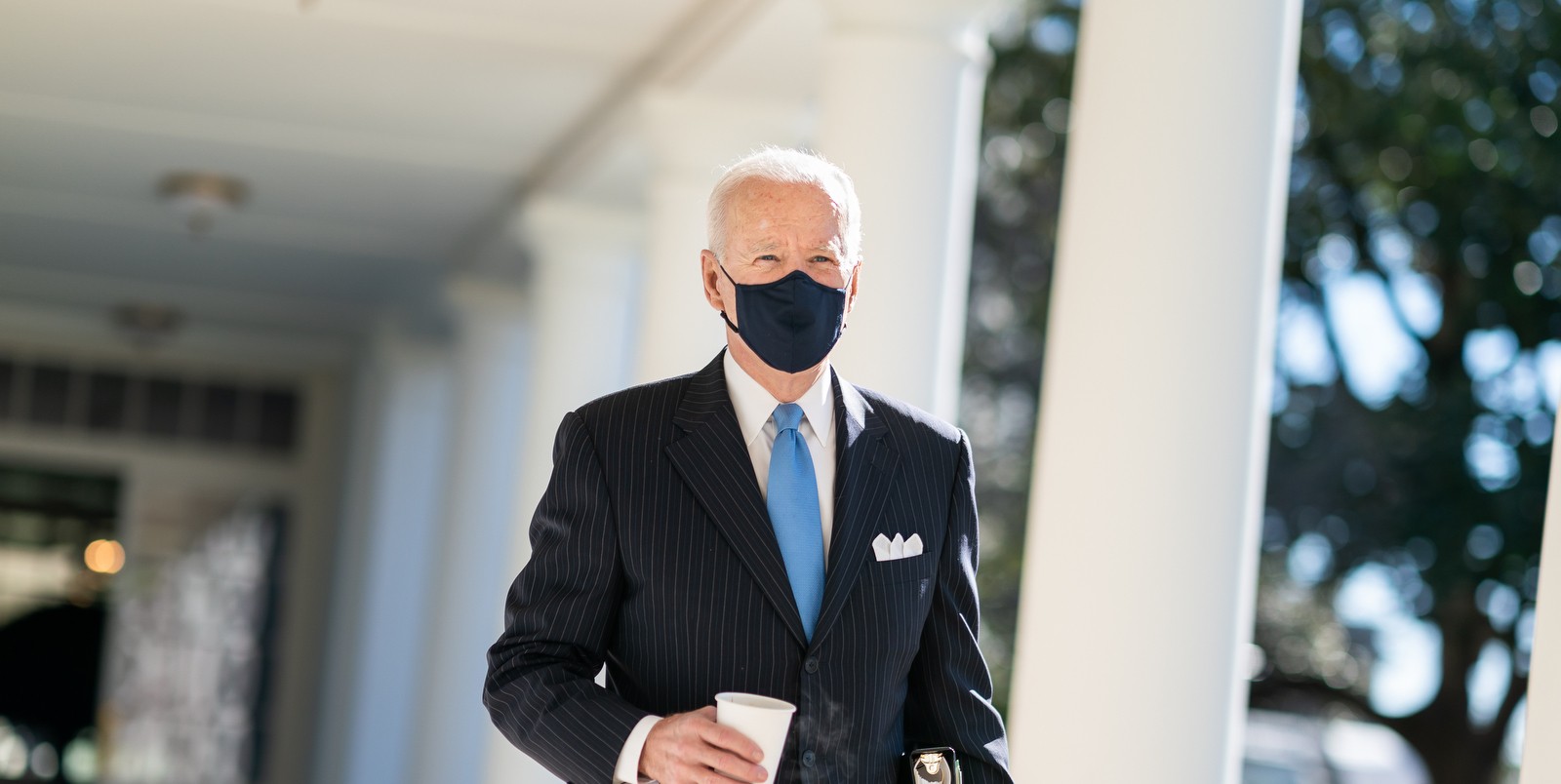 If Joe Biden is as “authentic” as pundits claim, why does he spend so much time trying on the identities of others? During the plagiarism scandal in 1987 that blew up his first presidential run, he assumed the identity of a British socialist, Neil Kinnock, whose words about his hardscrabble youth Biden adopted as his own. It is telling that Biden, even back then, was drawn to the words of a socialist. These days he is looking not abroad for left-wing figures to copy but closer to home. Lyndon B. Johnson (LBJ) and Franklin Delano Roosevelt (FDR), we’re told by the press, now occupy his imagination. Biden envisions himself as a big-government giant in their mold. He harbors the dream of serving as the “most progressive president in history.”

Is this not proof that his moderate schtick was a con the whole time? For most of his career he presented himself as a practitioner of bipartisanship and compromise. But now he has thrown off that mask of moderation and looks in the mirror only to see FDR and LBJ staring back at him.

LBJ’s biographer Robert Caro has said, “What I believe is always true about power is that power always reveals. When you have enough power to do what you always wanted to do, then you see what the guy always wanted to do.” In Biden’s case, power has revealed that he is just one more reckless and ruthless partisan for bigger and bigger government. According to Axios, “people close to Biden” say that he loves “the growing narrative that he’s bolder and bigger-thinking than President Obama.”

Such delusions of grandeur should scare the public. At the border, we are already seeing the bitter fruit of Biden’s overreaching. In rejecting even Obama-era deportation policy (candidate Biden called that policy a “mistake”) and adopting an open-borders model, Biden has triggered an unfolding crisis.

In Biden’s case, power has revealed that he is just one more reckless and ruthless partisan for bigger and bigger government.

Biden has always tended to get ahead of himself, a blundering quality not lost on Obama. As Politico reported, “One Democrat who spoke to Obama recalled the former president warning, ‘Don’t underestimate Joe’s ability to f–k things up.’ ”

Biden’s distorted political philosophy makes this blundering even worse. Notice that his go-big ambitions extend not to the essential functions of the federal government, such as securing the border, but to fabricated ones associated with FDR and LBJ. The “historians” whom Biden recently assembled to flatter his ego and encourage him on this path are just liberal pundits using “history” to elevate and sanctify their partisan judgments. Michael Eric Dyson, by the way, was one of the assembled “historians.” He is the author of such polemical works as Tears We Cannot Stop (A Sermon to White America).

According to Axios, Biden’s discussion with the group revolved around the “transformative” possibilities of his presidency. The assumption underlying the discussion evidently was that transformation is only possible if the federal government expands dramatically. But what exactly is bold and new about that? It speaks to the staleness and complacency of the liberal elites’ thinking that they still fantasize about the New Deal and Great Society, projects that demonstrate, if anything, that throwing gobs of federal money at problems never works.

Equating “transformation” with the expansion of the federal government is a very tired error, one that is clearly lodged in Biden’s brain. He said the other day, as he mused about his big-government plans, that he was elected to “solve problems.” It never occurs to him that his prodigal spending will cause problems. Ronald Reagan’s warning that “government is the problem” in many crises remains as true as ever.

Biden’s philosophy of taxation is not moderate at all. It is fundamentally socialist in its assumptions. He sees taxation as an instrument of social justice, a way to redistribute wealth. Biden once said that there is “plenty of money to go around,” an echo of Obama’s famous comment to Joe the Plumber that “when you spread the wealth around it is good for everybody.”

That proved a lie during the Obama administration — the economy floundered for eight years — and it threatens to be even more devastating now in the wake of COVID. Redistributionism combined with profligate spending is a poisonous formula for an economy and an injustice to already over-taxed Americans. What we need in a president is not an impersonator of FDR, LBJ, or Obama but a disciple of the Founding Fathers.

It is too bad the “historians” didn’t mention them. The Founding Fathers provide the best model for a presidency. They urged a course not of novelty but of continuity, not of limitless plans but of respect for limitations on the federal government. FDR and LBJ ignored those limits and put America on a ruinous path. Biden is determined to imitate them, emulating not their best qualities but their worst ones.