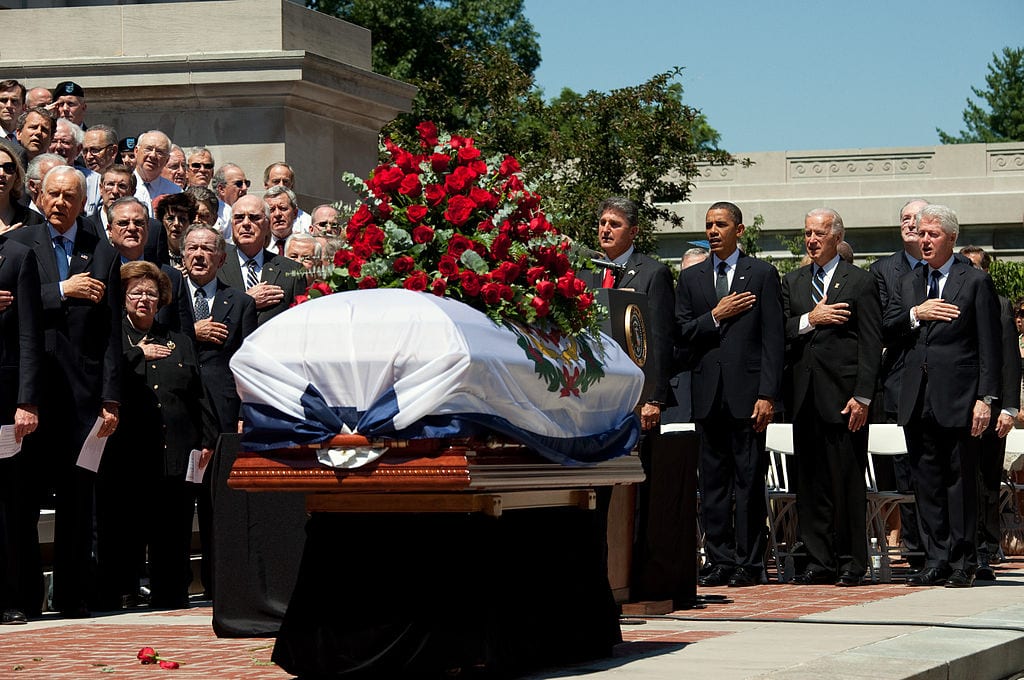 The collective shock of his supporters reflected not that he labeled the president of the United States a racist but that he absolved all of his predecessors from that sin. Their project this summer focuses on vandalizing monuments to Ulysses S. Grant, Abraham Lincoln, and others they regard as unforgivably bigoted.

When racism really, really mattered, Democrats — not just yahoos confined to a specific region but the party’s leading lights — made it harder for African Americans instead of making it better.

Did Joe Biden miss that from the basement?

“No sitting president has ever done this — never, never, never,” Biden said at a Service Employees International Union virtual town hall in response to a question that cited the phrase “Chinese virus” used by Trump. “No Republican president has done this, no Democratic president. We’ve had racists, and they’ve existed. They’ve tried to get elected president. He’s the first one that has.”

None worse than Trump, huh?

Woodrow Wilson reintroduced discrimination in the federal civil service. “I would say that I do approve of the segregation that is being attempted in several of the departments,” he admitted.

Franklin Roosevelt interned Japanese Americans, placed former Alabama Klansman Hugo Black on the Supreme Court, and strangely excluded Jesse Owens and his four gold medals from the White House or even a congratulatory note after the 1936 Olympics.

John Kennedy authorized the FBI to spy on Martin Luther King. The Kennedy administration, and the Johnson administration that followed, sleazily wiretapped King’s home and bugged his hotel rooms. Just as sleazily, the court historians of these presidents attempt to shift the blame to J. Edgar Hoover, as though he served as the president and attorney general’s boss rather than the reverse.

Wilson, Roosevelt, and Kennedy represent the iconic Democratic Party presidents of the 20th century. This focus on recent party leaders of course omits President Davis, a Democratic Party icon of the 19th century. And until a few years ago, the biggest day on the Democratic Party’s calendar, other than Election Day, remained Jefferson-Jackson Day. Joe Biden spoke at these events annually. Now his supporters seek to destroy memorials to Andrew Jackson and Thomas Jefferson. Democrats claimed for years that these two anathematized presidents founded their party. Soon they maintain that Ron Dellums and Bella Abzug did.

But ancient history is not all they seek to erase. Biden’s supporters want Americans to forget that their candidate voted numerous times for a former Ku Klux Klansman to lead his party in the United States Senate. “They’re going to put ya’ll back in chains,” he demagogically said of Republicans to a black audience in 2012. “If you have a problem figuring out if you’re for me or Trump,” Biden told radio host Charlamagne Tha God two months ago, “then you ain’t black.”

When did Donald Trump say or do anything equal to this, let alone sinking beneath the ownership of black people, internment of Japanese people, or the vicious harassment of Martin Luther King? The party that embraces blackface governors cannot quite concede that Joe Biden sometimes emits an Ashley-Schaeffer-at-Black-Biker-Week vibe when dealing with African Americans.

When racism really oppressed African Americans in the United States — when it kept black people out of jobs, restaurants, schools, and hotels, when it lynched black people, when it enslaved black people — all of the racists who voted did so for Democrats. Once racism became something exponentially more denounced than practiced, Democrats loudly inveighed against bigotry and discrimination and prejudice.

It takes no courage to denounce racism in the dead and attack inanimate objects. Often, as the tormenters of statuary show, it merely takes extreme ignorance. When racism really, really mattered, Democrats — not just yahoos confined to a specific region but the party’s leading lights — made it harder for African Americans instead of making it better.

Surely, Joe Biden is no Bull Connor or John Rankin (co-authoring 1994’s Crime Bill and treating Anita Hill’s word as something less than gospel does not make him a bigot). But he’s also someone lacking the authority to lecture others, particularly the chief executive who presided over the lowest black unemployment rate in history, about racism.

The ahistorical nature of Biden’s assertion offends. The pot-kettle-black quality offends more. The immunity it cheaply awards to any past president with a D affixed to his name offends most.

It offends because that’s what racists do: one standard, Joe Biden, please, and not two.