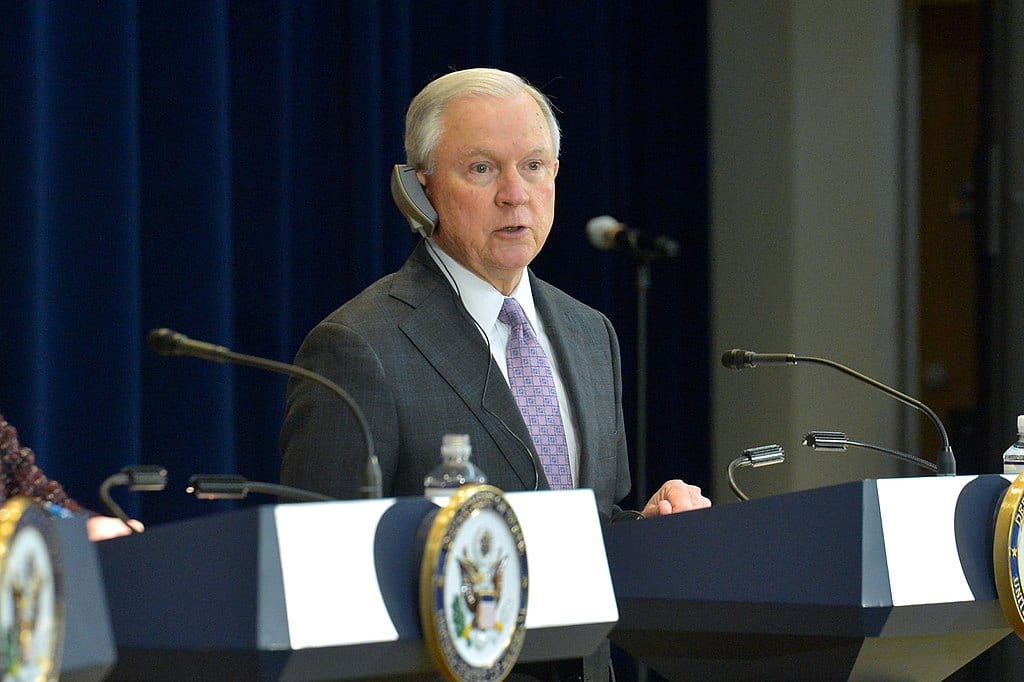 It’s hard to believe that President Donald Trump is enthusiastic about his Attorney General jumping in front of the public opinion freight train on this issue, particularly after Trump himself has said repeatedly that this issue should be left to the states. But that is just what Jeff Sessions did last Thursday.

For an administration that’s dead-set against “trade deficits,” here’s a fun fact: the amount of illegal marijuana purchased by Americans in 2016 (estimated at over $46 billion) — much of which would have come from south of our border — was nearly equal to our entire trade imbalance with Mexico. If the president wants Americans to buy from other Americans and to create American jobs in the process, recriminalizing marijuana is precisely the wrong way to go.

And while studies can be biased based on the interest of the groups performing or commissioning them, a raft of data suggests that marijuana is creating thousands of jobs and billions of dollars in economic activity in Colorado and across the nation and that within a few years legal marijuana could be creating more jobs than manufacturing.

It’s not just the jobs we should consider; it’s also the violence. As long as marijuana remains expensive due to prohibition (and to a lesser degree due to excessively high taxation by states which legalize), Mexican drug cartels have an incentive to protect their cash crop with murder.

Recognition that the sky has not fallen in Colorado after the full roll-out of legal recreational marijuana (which includes not just pot for smoking, but also tinctures, oils, and the rapidly growing edibles segment of the market) may explain why the percentage of American Republicans supporting legalization is up a massive nine points from just one year ago.

Rather than incentivizing cartel violence, legalizing the use of a substance less harmful than alcohol or tobacco also brings hundreds of millions of dollars of tax revenue into state and local governments. Colorado’s total marijuana tax and fee collections exceeded $250 million for calendar year 2017, that money primarily earmarked for school construction and other education-related expenditures.

Speaking of schools, despite the wails of the prohibitionists, the most recent survey by Colorado’s Department of Public Health shows that marijuana use by high school students has dropped slightly since recreational pot became legal in the Centennial State in 2012, continuing a downward trend that had begun several years earlier. (For years, teenagers had reported that pot has been easier to get than beer, but legalization has created regulated markets which have made it more difficult for children to access marijuana.)

It is in an environment of increased freedom, tax revenue, and public support, and of real-life experience disproving those who argued that legalization would create legions of newly-stoned kids that Attorney General Jeff Sessions last week announced new guidance for federal prosecutors.

Sessions rescinded the 2013 Cole Memo which reiterated prior guidelines that while prosecuting “significant traffickers of illegal drugs, including marijuana… continues to be a core priority” of the DOJ, U.S. Attorneys “should not focus federal resources in your States on individuals whose actions are in clear and unambiguous compliance with existing state laws providing for the medical use of marijuana.”

As a Coloradan who has never ingested marijuana in any form, I opposed Jeff Sessions’ nomination to become Attorney General of the United States largely because this action on his part was utterly predictable. On the Senate floor and on my radio show, Colorado Senator Cory Gardner decried the change in policy, while announcing that he would put a hold on every Department of Justice nominee until Sessions answers his questions including why he made the change without consulting Congress or even his own U.S. Attorneys.

Why was this move so foreseeable? Because Sessions is the guy who has said, among other things, that “Good people don’t smoke marijuana,” that marijuana is “only slightly less awful” than heroin, and, in reference to the KKK, that “I thought those guys were OK until I learned they smoked pot.” Yes, the last might be a joke, but it reveals his true mindset.

When Congress passed the Controlled Substances Act (“CSA”) in 1970, it included marijuana as a Schedule I drug, meaning that it (A) has a high potential for abuse, (B) has no currently accepted medical use in treatment in the United States, and (C) does not demonstrate “accepted safety for use under medical supervision.” These were questionable claims in 1970 and provably false now.

In reality, marijuana was included in the same category as heroin — a more restrictive category than cocaine or methamphetamine — because an ambitious 1930s bureaucrat, Harry Anslinger, wanting to build his repressive empire at the Federal Bureau of Narcotics, argued that marijuana “causes white women to seek sexual relations with Negroes…,” that “the primary reason to outlaw marijuana is its effect on the degenerate races,” and that “reefer makes darkies think they’re as good as white men.”

In Congressional hearings at the time, a representative of the American Medical Association pointed out that there was no data to support any of the so-called evidence of marijuana as strongly addictive, as being widely used by school children, or as causing criminality. He further objected to “why this bill should have been prepared in secret for 2 years without any intimation, even, to the profession, that it was being prepared.”

Here’s one explanation: the most influential newspaper publisher of the age supported the DuPont company, then and still one of the largest conglomerates on the planet, as well as several large pharmaceutical companies who wanted marijuana and its close cousin hemp outlawed to protect themselves against competition.

In other words, like the operation of our federal government before and since, a law restricting the freedom of adults was passed by (unwittingly or willfully) ill-informed politicians in order to make themselves look like protectors of society when their actual goal was to protect their corporate masters.

With the expanding range of medical treatments based on (mostly non-mind-altering) compounds contained in cannabis (which Big Pharma can’t patent), no doubt pharmaceutical company executives are smiling today just as they did 80 years ago. Meet the new boss, same as the old boss.

To be fair to Jeff Sessions, I respect his operating principle that the DOJ should not engage in de facto legislating by refusing to enforce duly-enacted laws. It is a fair question whether the Cole Memo is substantially different from, for example, President Obama’s illegal action creating the Deferred Action for Parents of Americans (“DAPA”) program in the sense of whether it simply prioritizes the use of limited federal resources versus whether it effectively repeals (or creates) federal law. In my opinion, these situations are different and the Cole Memo represents acceptable prosecutorial discretion.

I also understand those who criticize members of Congress, saying “if you don’t like the law then change it and stop hiding behind manufactured anger at the bureaucracy for upholding the law as Congress wrote it.” Legislators do this constantly, evading responsibility for doing what they’ve been elected to do while simultaneously taking credit for any popular aspects of the regulatory state.

In this case, however, there is a better-than-usual case to be upset with the executive branch because the Drug Enforcement Agency (which operates under the Department of Justice) has the power to remove a drug from a Controlled Substances Act Schedule. One wonders why President Barack “Choom Gang” Obama didn’t get this done while in office but Jeff Sessions, were he not so “on tilt” about all things cannabis, could simply have asked the DEA to review the proper Schedule placement for marijuana based on the current understanding of its uses and effects, or whether it should be removed from CSA regulation entirely.

Whether your goal for smarter federal drug policy is more American jobs, more tax revenue, less crime, fewer Americans rendered unemployable due to criminal records for non-violent offenses, a smaller “trade deficit” with Mexican drug gangs, or simply good politics heading into a difficult 2018 election season for Republicans, a wiser course of action than that taken by AG Sessions is called for.

In any case, Congress must act. Representative Tom Garret (R-VA) has sponsored H.R.1227, the Ending Federal Marijuana Prohibition Act of 2017. With both Republican and Democrat cosponsors, the bill removes marijuana completely from the CSA Schedules as well as lifting restrictions on its import and export.

Garret’s bill is nearly identical to Senator Cory Booker’s (D-NJ) S.1689, the Marijuana Justice Act of 2017. Booker and the libertarian-leaning Rand Paul (R-KY) continue their collaboration on getting marijuana policy out of the futile and inherently racist mindset that has characterized the “war on drugs” since the repugnant Anslinger became its poster boy.

Even the very conservative Senator Mike Lee (R-UT) has joined in supporting a measure that would require the federal government to respect state-based legalization of marijuana, though this is less of a solution than simply legalizing cannabis at the federal level and letting individual states make their own decisions, which so many — including self-styled constitutional conservatives like Jeff Sessions — conveniently forget is precisely the way the Founders designed this great nation to function.