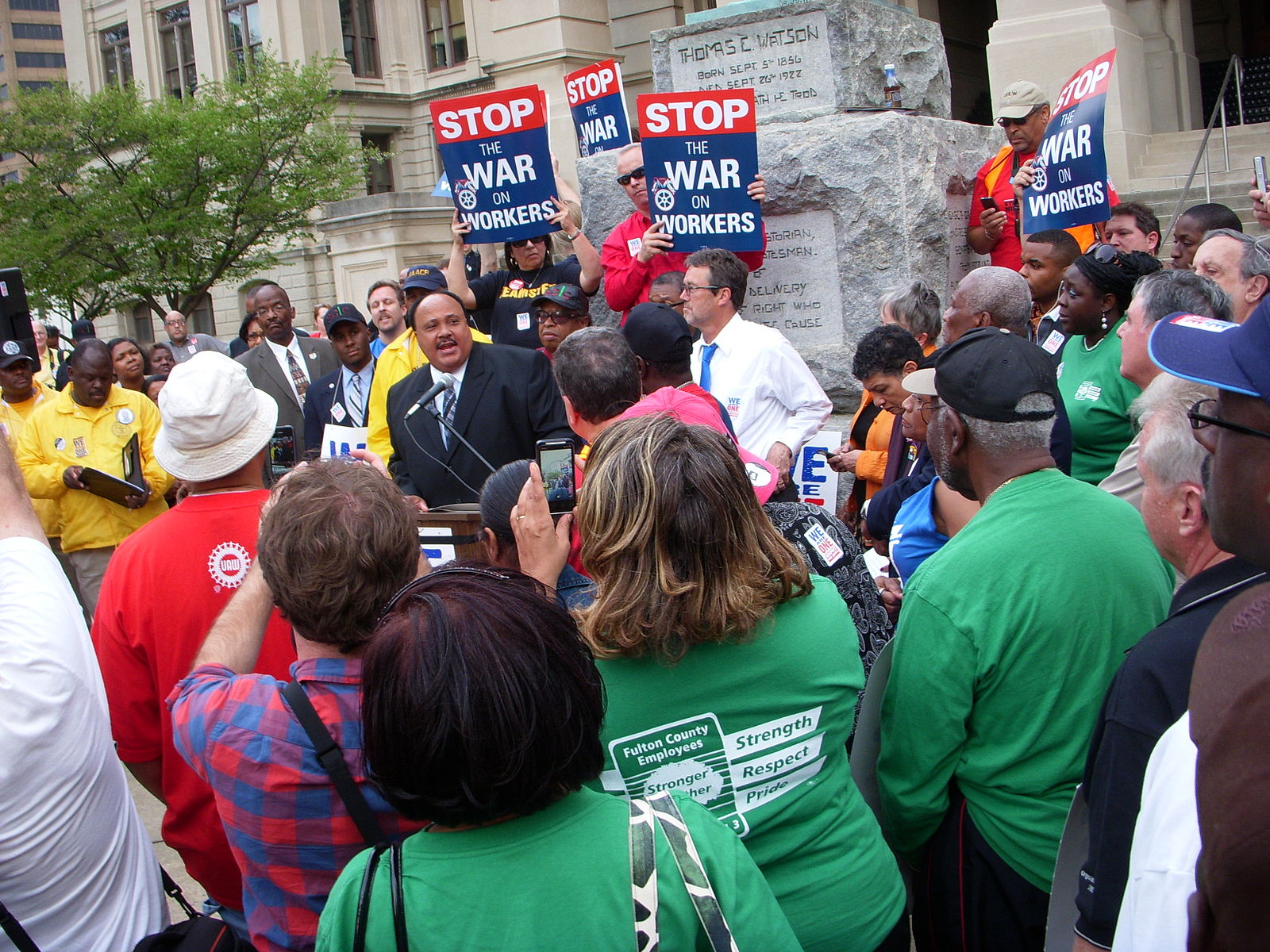 On June 27 the U.S. Supreme Court upheld the right of millions of government workers to choose whether to pay for union representation they do not want.

The landmark ruling of Janus v. American Federation of State, County and Municipal Employees (AFSCME) means every public worker, at every level of government, in every state, now has the freedom to choose whether to give a portion of his or her paycheck to a government union.

It is hard to argue that giving workers the freedom to choose how to spend their own money is a bad thing. Except, perhaps, for the government unions that for decades have relied on getting compulsory financial support from workers.

The concept of worker choice is so threatening to government unions, they have launched an aggressive campaign of misinformation and half-truths.

Government unions say the Janus decision gives workers a “free ride” in the workplace, allowing them to benefit from union representation and union-secured benefits without sharing in the cost of negotiating those benefits. They complain that federal law requires unions to represent all government workers, whether or not they pay union dues.

On its face this seems like a valid argument. No business should be forced to provide services for free (just as no consumer should be forced to pay for something he doesn’t want). The problem is the union’s argument is purposely misleading and only tells half the story.

What unions do not mention is federal law requires them to represent every worker, even those who don’t pay, only if that union chooses to provide exclusive bargaining representation. Exclusive representation gives unions monopoly bargaining power, because it specifies that only one union may organize and represent employees in a particular workplace. Employees are not to represent themselves and negotiate directly with their employer, nor may any other union compete for membership.

If a union opts for exclusive representation, the union is then obligated to represent and negotiate equally on behalf of all employees, even those who do not pay the union.

Alternatively, unions can choose “members-only” contracts, in which the union represents only the workers who pay them. Workers who do not pay the union must represent themselves and negotiate separately with the employer on their own.

Under this option, the union has absolutely no duty to represent non-paying workers. That’s only fair.

Because the benefits that come with exclusive representation status outweigh the costs of representing the workers who don’t pay. Monopoly bargaining power means unions don’t have to compete with other unions seeking to represent the same workers, nor do they have to compete with workers who could individually negotiate directly with the employer to get a better compensation package than the union could negotiate. (Think of high-performing workers negotiating performance pay versus the union seniority system.)

So unions make the decision to negotiate as an exclusive representative in order to reap the benefits of monopoly status, thereby obligating the union to represent non-payers, and then use that choice as the justification for forcing employees to pay for representation many do not want. Those who don’t want to pay are labeled “free riders” and vilified by the union.

It’s a classic case of circular reasoning. It is also ironic and hypocritical.

Erin Shannon is director of the Center for Worker Rights at Washington Policy Center in Seattle.