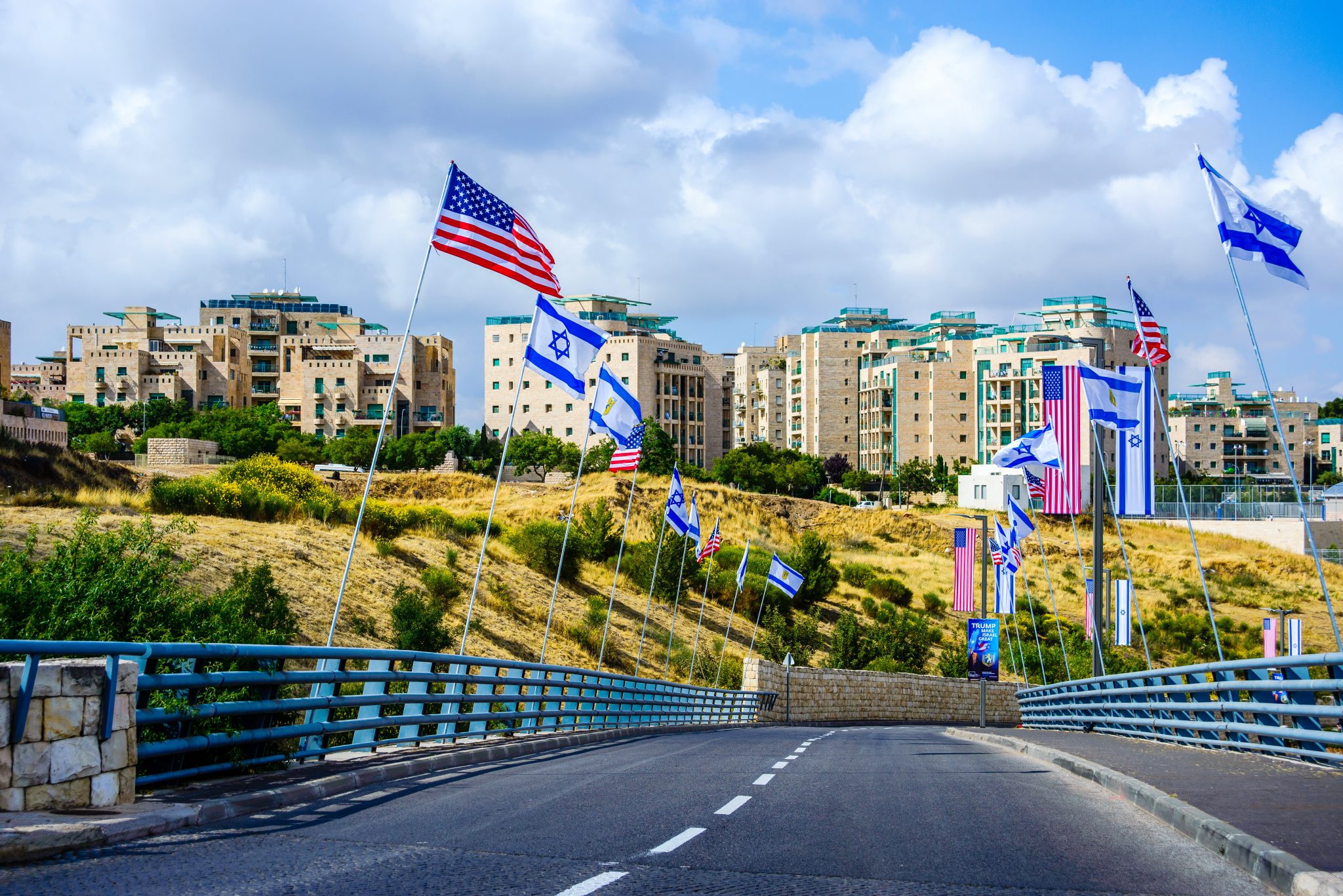 Since the 1988 presidential elections, at least 60 percent of the American Jewish population voted for the Democratic candidate. Seeing themselves as heirs to that legacy, Democratic 2020 presidential candidates Joe Biden and Michael Bloomberg have remarked that Israel is a wedge issue in politics today, an indirect accusation of the Republican Party. This is what George Orwell would call “doublespeak,” as it is the major Democratic presidential candidates, not the Republican administration, who are fast forging that partisan wedge. When they discuss Israel, the Democratic candidates advocate for policies that harm American interests and the American–Israeli strategic partnership.

How exactly do the leading Democratic candidates stack up on these issues? All fall short, to varying degrees. I scored both the Trump administration and the Democratic candidates against key principles that I believe constitute a pro-Israel stance, giving each one point if they affirmatively support a principle and a negative point if they explicitly oppose it. Those principles are the following:

Contrary to popular wisdom, Israel has a right to build the “settlements,” which are Jewish communities in Judea and Samaria, the heartland of the Land of Israel. Historically, the Carter and Obama administrations were the toughest on “settlements,” labeling them as “contrary to the Geneva Convention” and “illegitimate,” respectively. The Obama administration even abstained from a United Nations Security Council vote labeling the “settlements” as having “no legal validity” under international law. The current administration, in the Pompeo Doctrine, stated that it does not recognize the “settlements” as illegal. In contrast, Bernie Sanders, Joe Biden, and Elizabeth Warren have all rejected the Pompeo Doctrine. Sanders and Warren have explicitly called the “settlements” “illegal” or said that they “violate international law,” surpassing the language of the Carter and Obama administrations. Mike Bloomberg went as far as to suggest that the U.S. should pressure Israel to remove at least some of these “settlements.” Biden “strongly oppose[s] Israel’s settlement policy on the West Bank” and sees the “settlements” as “unnecessary.” (There are currently about 450,000 Israeli citizens living in Judea and Samaria, in addition to another 215,000 living in eastern Jerusalem.)

Also contrary to popular belief, Israel’s claim to Judea and Samaria is not one of “occupation.” I could not find any statements from this administration or Bloomberg either referring to the “occupation” or renouncing this definition. In contrast, Sanders, Biden, and Warren all oppose the “occupation.” Matt Duss, Sanders’ foreign policy adviser, called Israel’s siege on Gaza and the “entire occupation” a “moral abomination” similar to “segregation in the American South.” Warren has hired Max Berger, a cofounder of IfNotNow, a group that advocate against the “occupation” of Judea, Samaria, and eastern Jerusalem.

This administration’s peace plan allows Israel to annex about 30 percent of Judea and Samaria, and in return, Israel will cede land in the Negev Desert to a future Palestinian state. Sanders, Biden, and Warren oppose Israel’s right to annex.

This administration moved the U.S. embassy in Israel from Tel Aviv to Jerusalem and closed the consulate to the Palestinian Authority in eastern Jerusalem. Sanders and Warren opposed the embassy move. Sanders and Warren had previously voted for a 2017 Senate resolution calling on President Trump to move the U.S. embassy to Jerusalem. Sanders stated he was open to moving the embassy back to Tel Aviv, while Warren appears to oppose this, and Biden and Bloomberg have explicitly opposed this. Both Biden and Warren support reopening the U.S. consulate to the Palestinian Authority in eastern Jerusalem, which undermines Israel’s sovereignty in Jerusalem.

Score (for closing the consulate to the Palestinian Authority in Jerusalem): Administration 1; Biden, Warren -1

This administration recognized Israeli sovereignty over the Golan. (Here are some reasons why the U.S. was right to do this.) I could not find any statements from the current Democratic candidates either supporting or opposing this.

The Boycott, Divestment and Sanctions (BDS) movement is an anti-Semitic campaign to destroy Israel. President Trump recently signed an executive order that in part threatens to withhold funding of universities that support BDS. Both Biden and Bloomberg oppose BDS. Sanders opposed BDS is 2017, and his campaign website says he doesn’t personally support BDS. Several members of his campaign, however, actively support BDS. Sanders and Warren did not sign onto the 2017 Israel Anti-Boycott Act, the 2019 Anti-BDS Senate Resolution, a 2019 Republican bill, or the 2019 Anti-Semitism Awareness Act that all in some way seek to combat BDS.

Many attacks against Netanyahu are general swipes against some or all of the above principles and against the will of the Israeli people. Benjamin Netanyahu has become the longest serving Israeli prime minister ever, and the Likud has been the dominant party of Israel since Menachem Begin was first elected in 1977. The staying power of both reflects the politics of the Israeli electorate. So can we move on?

The American Israel Public Affairs Committee (AIPAC), according to its website, “is a bipartisan organization of U.S. citizens committed solely to strengthening, protecting and promoting the U.S.–Israel relationship in ways that enhance the security of the United States and Israel.” Its legislative agenda has long been a bipartisan one. It includes opposing Iranian aggression, opposing boycotts of Israel (the BDS movement), supporting direct negotiations between the Israelis and Palestinians (and a negotiated two-state solution), and supporting assistance for Israel and foreign aid. Those speaking at AIPAC’s annual conference this week include Vice President Mike Pence, Secretary of State Mike Pompeo, and Ambassador to Israel David Friedman, along with Democratic presidential candidates Biden and Bloomberg.

Sanders and Warren, however, are skipping the conference. The circumstances surrounding their absence suggest not legitimate, thoughtful policy differences with AIPAC but rather a bigotry towards and defamation of AIPAC. Sanders said he “remain[s] concerned about the platform AIPAC provides for leaders who express bigotry and oppose basic Palestinian rights.” Warren disclosed that she would not attend AIPAC at a campaign event after she failed to correct a questioner who asked her if she was skipping the conference. The questioner accused AIPAC of forming “an unholy alliance … with Islamophobes and anti-Semites and white nationalists and no Democrat should legitimize that kind of bigotry by attending their annual policy conference.”

The Republican administration had the highest Israel score on supporting the above pro-Israel policies (8), while the Democratic candidate who came in second, Bloomberg (2), trailed significantly. All other candidates had negative scores: Biden (-2), Warren (-7), and Sanders (-8). Despite rhetoric opposing making Israel into a wedge issue, the major Democratic presidential candidates have done just that. The positions of the Democratic candidates on Israel are driven more by partisan politics than by sound policy. By compromising on issues essential to Israeli’s sovereignty, security, and inalienable rights, they push Arab–Israeli peace further away from realization.