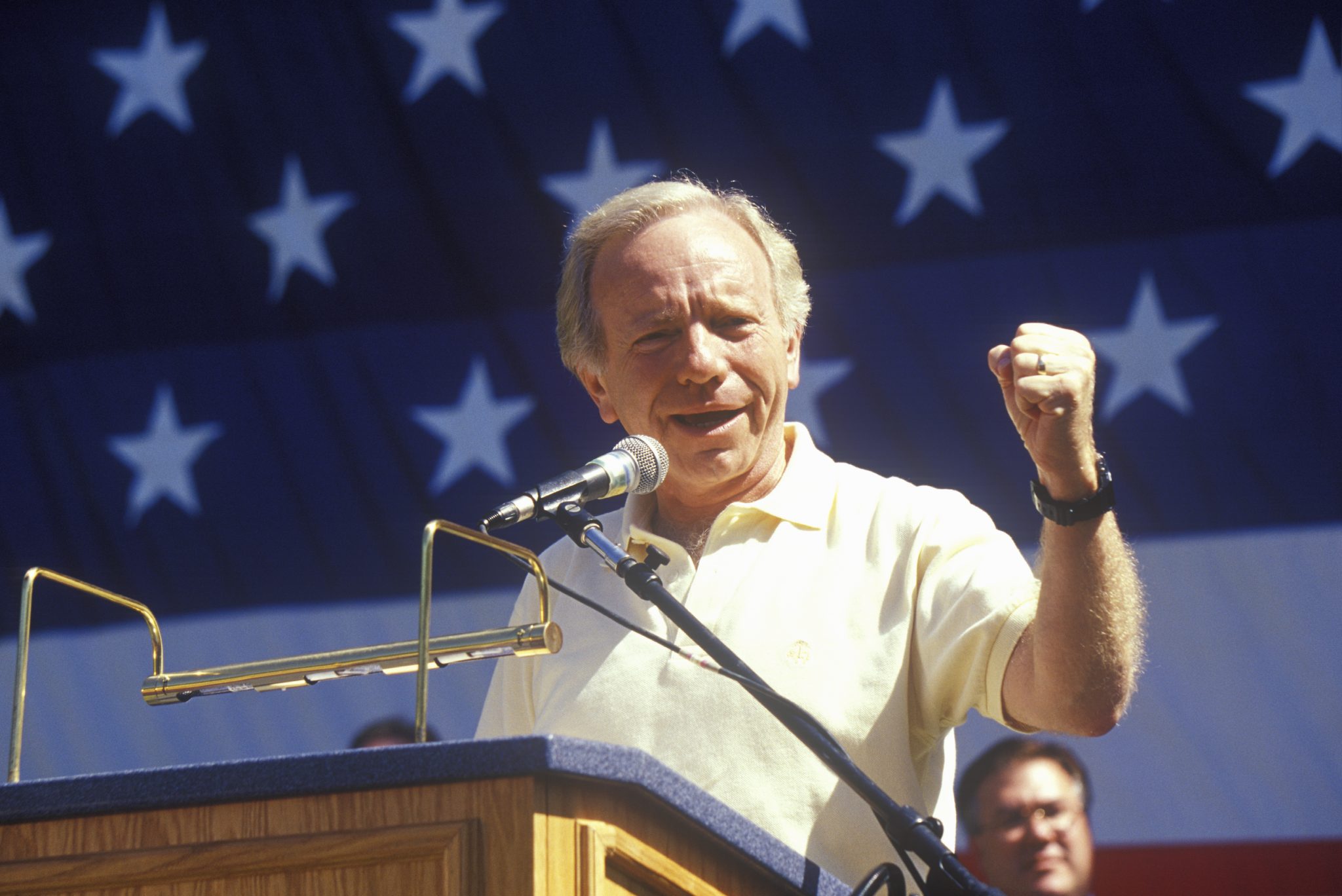 I remember the excitement, 20 years ago, that surrounded the first Jewish vice presidential candidate and his Jewish identity. As an observant Jewish senator, Joe Lieberman would walk, not drive, to Congress to cast a vote on the Sabbath. He went toe-to-toe against the Anti-Defamation League arguing why religion should pay a greater role in public life. In his short-lived campaign for president in the 2004 Democratic primaries, he proudly defended a strong U.S.–Israel relationship based on shared values and defended himself against accusations of dual loyalty to Israel. His Jewish identity remained strong as his political star faded. He wrote a book about the Jewish Sabbath in 2012. And last year, recalling his appreciation for not getting tapped to be the FBI director, he praised God in Hebrew.

In contrast, the likely first Jewish presidential candidate’s statements on his own Jewish identity seem hollow and nonsensical. Bernie Sanders is “not particularly religious” yet says his religion serves as his “guiding principle.” Yes, he speaks about the horrors that his father’s family faced in the Holocaust and pledges to “always call out” anti-Semitism “when I see it.” But when reflecting on his Jewish identity, Sanders uses it as a prop to fight the bogeymen of the white nationalism epidemic or to label Israel’s government as racist. Yet his stated Jewish identity fails to root out real bigotry against Jews and Israel within his own campaign.

In fact, one of the perpetrators of such bigotry, Rep. Rashida Tlaib (D-Mich.), is featured in the “Proud to be Jewish” campaign video (see 3:22). She, along with fellow Bernie Sanders surrogates Rep. Ilhan Omar (D-Minn.) and Linda Sarsour, and National Deputy Press Secretary Belén Sisa, have accused American Jews of having dual loyalty to Israel, a common anti-Semitic canard.

Tlaib, Omar, and fellow surrogate Amer Zahr, in addition to Darius Khalil Gordon, Bernie’s former deputy director of constituency organizing, support the Boycott, Divestment and Sanctions (BDS) movement, an anti-Semitic campaign to destroy Israel. Zahr had also called the re-establishment of Israel in 1948 a “Jewish jihad.” Gordon was fired in December when tweets surfaced referencing “Jew money,” in addition to other racist and misogynistic tweets.

Shaun King, another surrogate for Bernie Sanders, made a video in which he labeled Israel’s treatment of Palestinians as being one of “apartheid-like conditions.” Sanders posted King’s video on his campaign website. Matt Duss, Sanders’ foreign policy adviser, called Israel’s siege on Gaza and the “entire occupation” a “moral abomination” similar to “segregation in the American South.”

Despite saying that he is proud to be Jewish, Sanders seems unwilling to address anti-Semitism and bigotry against Israel within his campaign. In the absence of a real confrontation with that bigotry, Sanders and his camp’s invocation of his “intrinsically Jewish values” are empty. His positions on anti-Semitism and Israel prove that his leftist political views trump his loyalty to his Jewish heritage. I miss the depth and courage of Joe Lieberman.