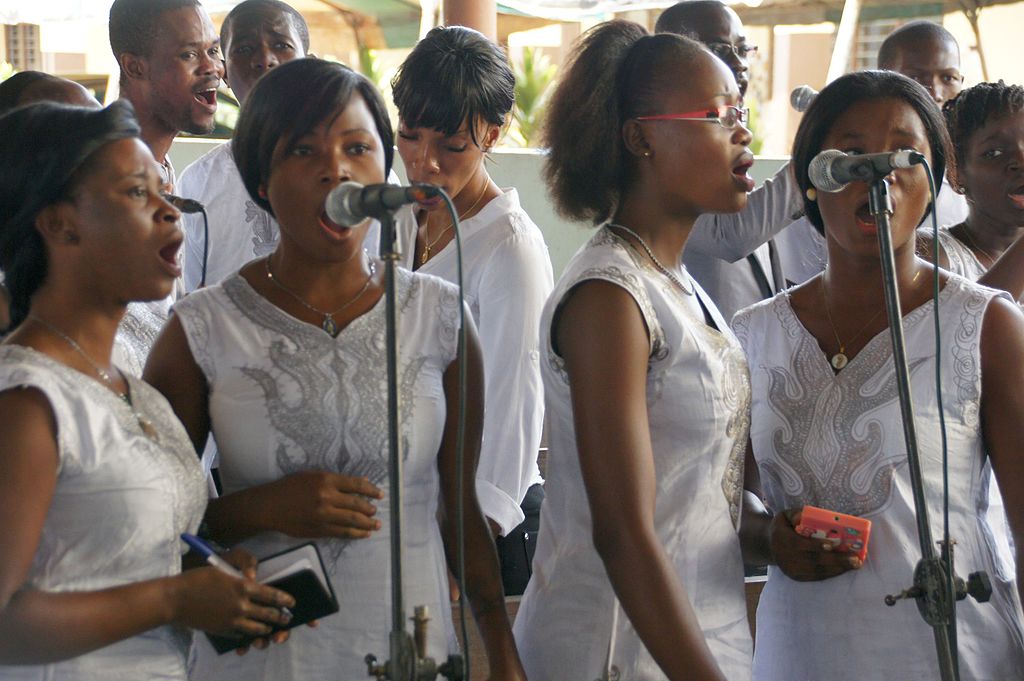 I arrived on Africa’s Ivory Coast on December 26. It became immediately apparent to me that Côte d’Ivoire, once a symbol of Catholicism’s power to transform countries, now simply gives evidence of post-Vatican II Catholicism’s decay. The country’s Catholic population has fallen to 17 percent and out of that nominal group only a small percentage practice the faith regularly. Catholicism trails Protestantism and Islam. The latter enjoys influence over 40 percent of the population and is likely to keep growing, in part because the country’s Islamic traditions precede French Catholicism’s arrival by almost ten centuries.

At the beginning of the 20th century, few Catholics and clergy lived on the Ivory Coast. But thanks to the noble sacrifices and fidelity of French missionaries — who came to Côte d’Ivoire preaching theology, not “social justice” — the Catholic Church soon enjoyed tremendous growth. Go back and look at press accounts from the mid-20th century and you will see reporters marveling at the Catholic faith’s spread on the Ivory Coast.

But all that momentum is now gone and the Church in Côte d’Ivoire is a shadow of its former self. Today’s Catholic priests offer not unvarnished Catholicism but its pitiful “social justice” variant, a blend of socialist politics, modernist theology, and ecumenical babble.

Every parish I have visited looks like a ghost town, including St. Paul’s Cathedral, a modernist monstrosity in downtown Abidjan. Built in the 1980s at huge cost, the architecturally lame cathedral is difficult to describe, featuring a shapeless “African man,” an allegory of some sort lost on me and many others. I walked into the vast structure — its second largest cathedral on the African continent — and not a single person was inside praying. True, one doesn’t expect a huge number of Catholics inside a church on a week day. But nobody? In the second largest cathedral in Africa?

Needless to say, St. Paul would find St. Paul’s Cathedral unimpressive. St. Paul preached Jesus Christ crucified, not humanist dreck. The message of the cathedral, which looks like it belongs more to the tradition of UNESCO than Catholicism, is depressingly confused and amounts to a Christianity without Christ. Who would bother to join such a feeble quasi-religion? Who would bother to keep practicing it?

The evangelicals I have met here are on fire for Jesus Christ. I was told by one that their Sunday services routinely last 5 hours — a sharp contrast to phoned-in, lackluster Catholic masses which feature hollow lectures about “social justice.” It is obvious that the Catholic hierarchy here is pandering to that emphasis under Pope Francis while presiding over an institution that does almost nothing to alleviate the poverty and dysfunction that surround Catholic parishes. Every one of them I have visited sits in the midst of appalling squalor and poverty, something the pre-Vatican II French missionaries would never have tolerated. Grand Bassam, the old French colonial capital, is now largely a pigsty, surrounded by faded Catholic parishes either unwilling or incapable of alleviating that misery.

A religion of “social justice” that can’t eliminate degradation in the neighborhoods in which its parishes operate is worthless and will have no appeal. Making matters even more catastrophic for the Church is that the clergy add on top of this hypocritical and destructive socialism an “interfaith” relativism that renders membership in the Church utterly meaningless. Why would anyone on the Ivory Coast choose Catholicism over Islam or Protestantism given that its pitch is so weak and its civilizing powers so non-existent?

Before they largely left in the wake of Vatican II, French missionaries said in effect to the people of the Ivory Coast: Jesus Christ wants you to enter His Church and we will make life better for you. And they did. Life was “a lot” better under the French, a black African woman said to me the other day. This woman turned out to be a supporter of Donald Trump and readily agreed with his assessment of decolonized African countries as “s**tholes.”

Unfortunately, Côte d’Ivoire falls into that category — garbage heaps across Abidjan testify to it — while retaining pockets of French charm, European industry, and native African decency. Most of the people I have met here are mellow, fairly well-mannered, and at times astonishingly kind. So even though many of them aren’t Catholic anymore and wouldn’t even know what the ideologically freighted phrase “social justice” means, they embody in their kindness to an isolated white man from America like me the Christian ethos the French missionaries fostered far better than any bloviating bishop dining at the Hotel Sofitel could. The kindness I have encountered is a tribute to the best of French and African culture that the pre-Vatican II Church blended together so effectively for decades but that has sadly dissipated under their modernist successors who now preside over increasingly empty pews.