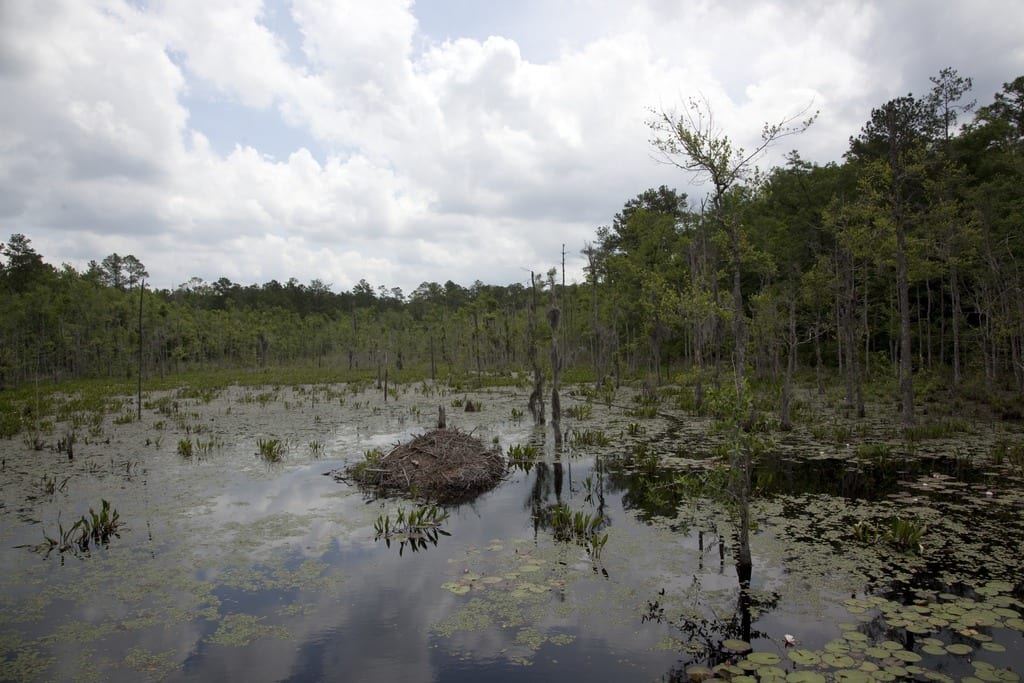 Washington, D.C.’s swamp monster is like the mythical hydra from Greek and Roman mythology. When one head gets cut off, two grow in its place.

At the start of the month, Congress worked in bipartisan fashion with the president to pass a sweeping criminal justice reform package, reducing costs and providing a higher sense of justice to the U.S. legal system. As we all know, though, our nation’s capital does not seem capable of leaving nice things alone. Less than a week after President Trump signed the First Step Act into law, bureaucrats at the Department of Justice have reportedly already begun working to carve new crony giveaways into America’s rulebooks. In this case, it is unconstitutional protectionism for Sheldon Adelson and his brick-and-mortar casino empire.

Thanks to the Tenth Amendment, usually states do not need to ask permission from the federal government to determine what policies they implement. In the case of gambling, however, federalism was for a long time hampered by the government’s overly expansive interpretation of the Wire Act, a law passed during the Kennedy era to stamp out illicit sports gambling operations by the mafia.

Once the digital age came upon us, the Justice Department incorrectly opined that the Wire Act prohibited online gambling altogether. However, after a court decision and a re-evaluation, the DOJ in 2011 issued an opinion in line with states’ rights and historical record. In response, New Jersey, Nevada, Delaware, and Pennsylvania quickly jumped into the marketplace.

Siding on the side of states’ rights does not fit the agenda of everyone, though, especially high-brow casino owners that want their captive marketplace back. The actions of Sheldon Adelson, the owner of Sands Hotel and Casino, demonstrate this point all too well.

Adelson hired lobbyists to draft congressional legislation that would illegalize online gambling and year after year has his allies in Congress sponsor and introduce it. Today, while he might have his friends on high use William Barr’s confirmation hearings as a pressure tool to advance his cause, as he has seemed to do with past Department of Justice nominees, he has also appeared to find a new sweet spot in the DOJ that could be invaluable to his crusade.

Sources have reported that the Justice Department is getting ready to flip-flop on its pro-Tenth Amendment take on the Wire Act, going back to the interpretation that the rule prohibits all forms of online gambling. Aside from being crony to its core, such a ruling would pull the rug out of a growing industry, threatening thousands of jobs and damaging the Constitution.

Michelle Minton of the Competitive Enterprise Institute, who has studied the issue in depth, remarked that “the Department of Justice’s rumored memo could jeopardize the progress states with legal online betting have made at chipping away at the illegal online betting market. The original intent of the Wire Act was that it only applied to sports betting and never sought to strip states of their power to decide whether or not to legalize any form of intrastate gambling. Allowing the executive branch to bypass Congress, seemingly in the service of special interests, sets a dangerous precedent.”

Thankfully, many members of the Trump administration understand the wisdom of Minton’s take. For example, for years Office of Management & Budget head and incoming White House Chief of Staff Mick Mulvaney was Congress’s most vocal advocate for states’ rights in this area. He went head to head against the sponsors of Adelson’s bill and made it clear that there are other ways to address their supposed concerns other than trampling on federalism and violating the Constitution. Individuals like this within the president’s orbit give states’ rights advocates hope that the DOJ might ultimately have no choice but to back down and leave the status quo alone.

There is no grave threat precipitating the federal government to impose one billionaire’s will against the words found in the Constitution and Bill of Rights. While money certainly talks, it should never come between Republicans and the founding principles they are supposed to respect and uphold. Here’s hoping that the Justice Department sees the forest for the trees before it’s too late.

Andrew Langer is president of Institute for Liberty.