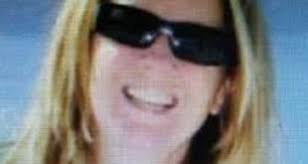 When Christine Blasey Ford finally admitted that it was she who had leveled the uncorroborated charges of sexual assault against SCOTUS nominee Brett Kavanaugh, she was immediately asked if she would be willing to repeat her charges under oath. Her lawyer, Democratic activist Debra Katz, claimed her client was willing to testify before Congress.

However, according to the Chairman of the Senate Judiciary Committee, neither Ford nor her lawyer has responded to any of several attempts to confirm that she will attend the Monday hearing that was set up so she can tell her story in Kavanaugh’s presence. Senator Charles Grassley told Hugh Hewitt that the deafening silence raises credibility issues:

“We have reached out to her in the last 36 hours three or four times by email and we have not heard from them, and it kind of raises the question, do they want to come to the public hearing or not?”

Grassley also noted with some frustration that when the committee submitted further questions to Judge Kavanaugh yesterday evening, an effort that would normally be conducted on a bipartisan basis, the Democrats refused to take part in the process. “When you want to get all the information out on the table why would they miss any opportunity to participate?”

The answer is obvious, of course. The Democrats have no real interest in the truth. The object of the game is to prevent any Trump nominee from being confirmed to the Supreme Court before the midterm elections. And Christine Blasey Ford, with her hopelessly implausible tale about Kavanaugh’s behavior, is just another partisan seeking the same goal.

This is why, when Ford and her attorney finally respond to the Judiciary Committee’s invitation to testify, they will almost certainly request more time. They will claim that they need to prepare for the hearing and Monday is too soon. After all, she has only had 36 years to get her story straight. This is why the details keep changing and it contains so many gaps.

Is Ford getting cold feet? It’s one thing to whisper unsubstantiated accusations into the ears of partisan hacks and biased journalists. It’s quite another to repeat them under oath before Congress, the public, and the man whose reputation you are trying to ruin. Senate Majority Leader Mitch McConnell says she has one shot to step up, “Monday is her opportunity.”