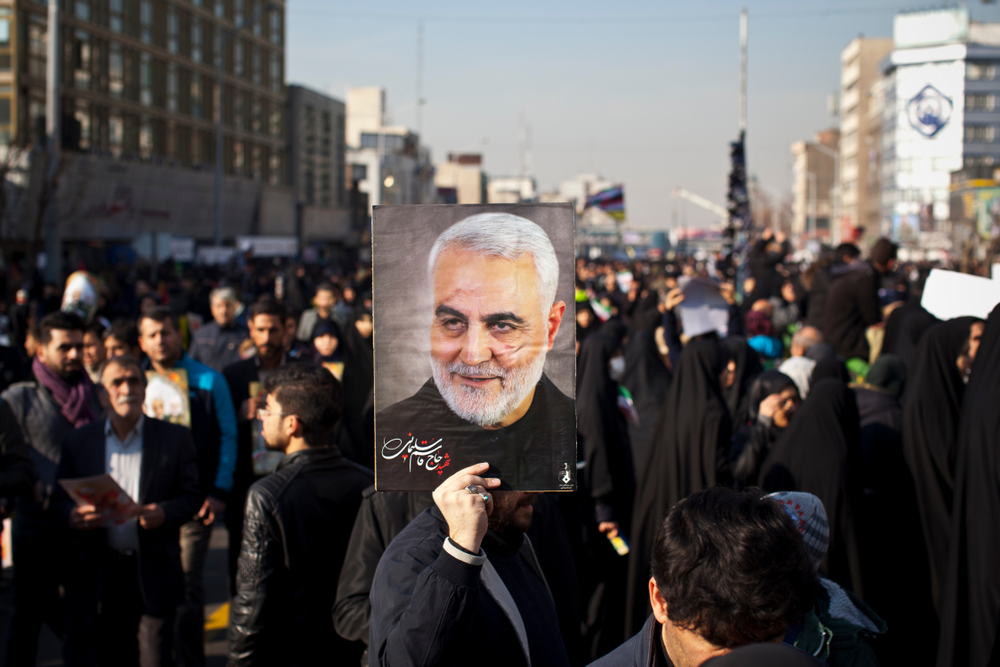 A Brooklyn man who U.S. authorities believe is an operative working on behalf of Iran was arrested on July 28 for casing the home of dissident Iranian-American journalist Masih Alinejad. Following days spent lurking around Alinejad’s residence, Khalid Mehdiyev was apprehended by the New York Police Department (NYPD) after failing to brake at a stop sign. Police soon discovered a loaded AK-47, 66 rounds of ammunition, and excess cash in Mehdiyev’s car.

Alinejad has become a target of several kidnapping and assassination plots because of her activism on behalf of women’s rights while exposing Iran’s oppressive regime. Mehdiyev’s arrest comes after the FBI foiled a 2021 attempt by Iranian agents to abduct Alinejad and transport her to Venezuela. When Alinejad spoke to U.S. Secretary of State Antony Blinken after last year’s incident, she said he claimed that the U.S. takes the “Islamic Republic’s threats very very seriously.” Yet, following Mehdiyev’s capture, a time which coincided with the resumption of talks in Vienna aimed at reviving the Iran Nuclear Deal, the Biden administration remained silent for almost a full week before U.S. National Security Advisor Jake Sullivan issued a statement expressing concern for Alinejad’s safety.

And perhaps the most troubling aspect of the Biden administration’s dealings with Iran is that Mehdiyev’s arrest comes on the heels of Biden’s altering requirements for foreigners obtaining a visa, making it easier for those with terror affiliations to enter the country.

Though some are hailing Biden’s decision to keep the IRGC on the Foreign Terrorist Organizations list, the administration loosening restrictions for visa applicants leaves the IRGC’s continued terror status moot.

Iran’s intimidation extends beyond harming America-based journalists. In 2020, Islamic Revolutionary Guard Corps (IRGC) Chief General Hossein Salami declared that Iran would hit hard “those who had direct and indirect roles” in the U.S. killing of terrorist mastermind Qasem Soleimani. The regime’s purported prey includes former Trump administration officials Secretary of State Mike Pompeo, National Security Advisor John Bolton, and Special Advisor on Iran Brian Hook. Salami’s threats were deemed credible enough to warrant all three receiving special protection upon leaving their posts. Earlier this year, U.S. law enforcement officials arrested Arian Taherzadeh and Haider Ali for plotting to assassinate Bolton. With ties to Iranian intelligence services, Taherzadeh and Ali attempted to infiltrate the U.S. Secret Service by posing as agents with the U.S. Department of Homeland Security, the department responsible for protecting the former national security advisor. On Wednesday, IRGC member Shahram Poursafi was charged with attempting to pay U.S.-based individuals up to $300,000 to carry out the murder of Bolton. He remains wanted by the FBI.

The detainments of Mehdiyev, Taherzadeh, and Ali point to the growing capability of Iranian agents to evade U.S. agents. And Iran’s terror schemes will continue to metastasize given the recent politicization of intelligence agencies. While Mehdiyev was behaving suspiciously days before his arrest, he was eventually stopped by the NYPD for disobeying a traffic law. Journalist Lee Smith details in Tablet how Taherzadeh and Ali supplied Secret Service agents with lavish gifts, including flat-screen televisions, iPhones, and rent-free apartments. Still, the pair were apprehended only after a U.S. postal carrier investigating another case sensed something was amiss upon interviewing the two men and passed along new information to the FBI.

And while Biden’s anger over the murder of Saudi journalist Jamal Khashoggi managed to strain relations with a critical Arab ally, the administration’s downplaying of Iran’s assassination attempts against Americans elicits mere perfunctory warnings. Reporting for the Washington Examiner, Tom Rogan writes that administration officials resisted publicly indicting Taherzadeh and Ali “for fear that it could derail their drive for a nuclear deal with Iran.” Following Mehdiyev’s capture, Blinken reiterated the administration’s commitment to renewing the Iran Nuclear Deal while refusing to set a deadline for ending negotiations. Cementing Biden’s Iranian-appeasement campaign are the purported concessions currently under consideration. During the first year of a finalized deal, Iran will reportedly receive $275 billion in sanctions relief, with that figure rising to $1 trillion by 2030.

Though some are hailing Biden’s decision to keep the IRGC on the Foreign Terrorist Organizations (FTO) list, the administration’s loosening restrictions for visa applicants leaves the IRGC’s continued terror status moot. Under the amended immigration policy, foreigners who have provided “insignificant material support” to “terrorist activities” will be eligible for entry into the United States. Government officials insist the shift is intended to ease the immigration process for Afghan refugees, yet, according to the Washington Free Beacon, Afghanistan is not referenced within the updated policy.

Citing the Islamic Republic’s stated desire to kill Americans on U.S. soil, a group of Republican senators, in an August 2 letter, urged Biden “to deny visas for Iranian President [Ebrahim] Raisi and his delegation” to attend next month’s UN General Assembly. Raisi has threatened Trump, along with other Americans, by declaring that “those who had a role in Soleimani’s killing would not be able to ‘escape law and justice.’”

In keeping with Biden’s rewarding Iranian intransigence, the administration, by minimizing Iran’s threats against U.S. citizens, will continue to enrich the Islamic regime. Granting Iranians with possible ties to the IRGC greater access to the U.S. exposes Biden’s foolish and weak-kneed strategy — one that is perpetuating a dangerous foreign policy and leaving Americans, like Alinejad, living in fear.

Irit Tratt is a writer who resides in New York. Her work has been published in the Jerusalem Post, the Algemeiner, JNS, and Israel Hayom.