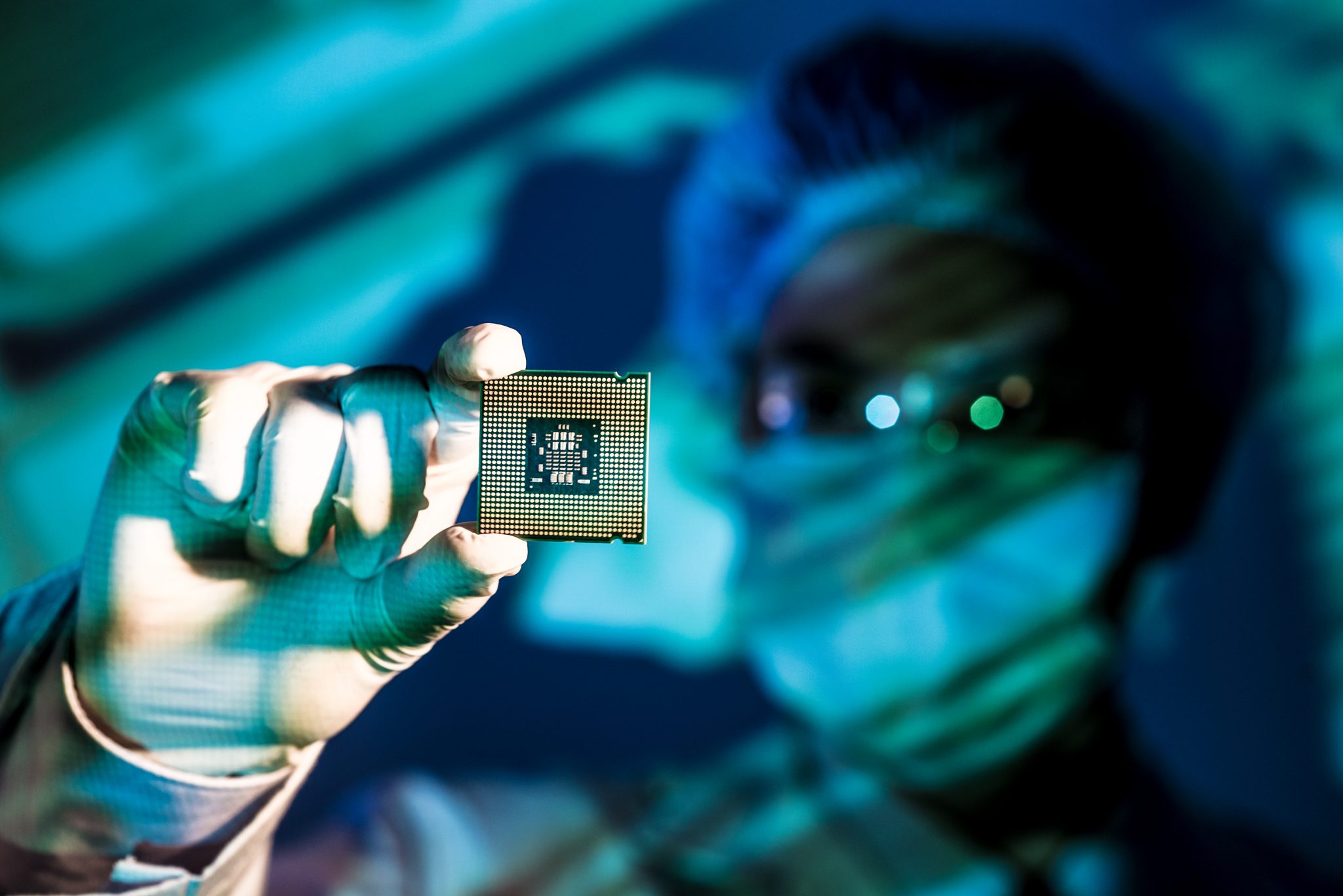 Last week was the end of an era by at least one measure. CEO Bob Swan of Intel Corporation suggested that the company, the world’s most valuable semiconductor chip manufacturer, may soon throw in the towel in its fight to keep its manufacturing process primarily in the United States.

Swan’s remarks were spurred by the release of Intel’s second quarter report on Thursday. The company’s fundamentals were enticing upon first glance, a profit of $5.11 billion, up 22 percent from a year ago. Unfortunately, this was immediately overshadowed by the news that there would be a six-month delay in manufacturing its cutting-edge seven-nanometer chip designs, casting doubts on its ability to remain competitive in the long run.

If Intel commits to outsourcing even part of its 7nm fabrication process, it would be the first step down a path that countless other American corporations have taken.

This latest stumble has put Intel’s 7nm rollout at least a year behind its internal schedule, and the company now predicts that the chips won’t be available for consumer devices until late 2022. Investors had already been losing patience with Intel after similar problems during the 10nm chip rollout years ago caused the tech giant to cede market share to rivals.

Even while its peers and competitors have sold their American factories and moved production overseas, Intel has stuck tenaciously to its strategy of integrated domestic chip design and fabrication, arguing that the two halves of the manufacturing process complement each other when kept in-house.

True to its philosophy, Intel has almost singlehandedly kept cutting-edge chip fabrication going in the U.S. even as the country’s share of global semiconductor manufacturing declined to 12 percent this year. This integrated approach has turned Intel into a true behemoth of a company, with a workforce and revenues multiple times larger than that of similar firms like Advanced Micro Devices (AMD) and Qualcomm.

Mounting delays and relatively low return on capital, however, attest to the limits of this strategy. Taiwan Semiconductor Manufacturing Co. (TSMC), the world’s largest semiconductor chip manufacturer by volume, is already mass-producing 5nm chips even as Intel struggles to complete its 7nm design. TSMC predicts that the next generation of 3nm semiconductor chips will be ready for production sometime in 2022. If Intel has yet to figure out 7nm fabrication by that time, it will be a full three generations behind.

Speaking to analysts after the quarterly report was released, Swan conceded that Intel is currently investigating “contingency plans” to ensure the timely deployment of its 7nm design, including potentially using third-party (read: Taiwanese or Chinese) manufacturers. The admission sent Intel’s share price plummeting by 16 percent despite the company’s profit surge.

Shareholders are right to be worried: if Intel decides to use the fabricators of TSMC or some other manufacturer to create its 7nm chips, it can only expect to fall further behind in accumulated technical expertise by the time its engineers have readied 5nm or 3nm designs. Unless it manages to make up its lost ground somehow, it will soon be faced with a choice between delays in either its designs or its fabrication process.

Intel’s plight exemplifies why so much of America’s manufacturing capacity has been swallowed by globalization. Its chief American rival, AMD, controls only about 16 percent of the CPU market to Intel’s 84 percent, but has been rapidly gaining. It already offers 7nm chips, whereas Intel is, as aforementioned, years away from doing the same.

AMD’s primary advantage is its business model: it is what’s known in the industry as a “fabless” manufacturer, meaning that it specializes in design while outsourcing virtually the entire physical manufacturing process to a third party. TSMC, its Taiwanese fabrication partner, is a “pure play” manufacturer, meaning that it focuses entirely on fabricating chips for its dozens of fabless partners while pursuing little or no designing of its own.

AMD has 11,000 employees to Intel’s 110,000; it has about $1 billion in plant and equipment on its balance sheet compared to Intel’s almost $60 billion. It is a much smaller firm with a narrower focus even when market share is accounted for. This specialization evidently has its advantages: AMD boasts a substantially higher return on capital compared to Intel, and investors expect it to grow much faster.

But why is Taiwan, and specifically TSMC, the world’s go-to chip fabricator? The main differentiator is scale. TSMC had a production capacity of about 2.5 million wafers per month in 2019, about three times Intel’s capacity and growing. Chip fabricators represent huge fixed costs and require plenty of expertise to staff, allowing companies like TSMC to benefit from economies of scale that Intel’s in-house processes do not enjoy to the same degree.

Market logic may well be irresistible in this case. If Intel commits to outsourcing even part of its 7nm fabrication process, it would be the first step down a path that countless other American corporations have taken: the shedding of tens of thousands of manufacturing jobs, leaving behind only the design elements and the white-collar corporate core.

Of course, the U.S. government may intervene if that happens, and for good reason. Semiconductor chip manufacturing is and will continue to be the backbone of America’s technological arms race with China. Firms (and, indeed, countries) in the semiconductor business guard their intellectual property with a jealousy matched by few other industries. Taiwan may be a loyal American ally, but it is still a foreign country and one fiercely claimed by China at that.

Washington can therefore be expected to veto any attempt by Intel to sell its factories to, say, TSMC. A Chinese buyer would be an even more improbable proposition. Forcing Intel to retain its domestic production capacities would not, however, fix its accumulating problems. The alternatives include extending substantial subsidies to the corporation or even nationalizing it, neither of which is likely to be popular.

In any case, Intel’s dilemma recalls why millions of America’s manufacturing jobs have been sent overseas, and is a reminder that the impetus for outsourcing can often be necessity more than greed. This lesson is all the more vivid in the middle of this pandemic, which many credible commentators predicted would halt or even reverse economic integration. Though globalization may have caught COVID-19, it has lived to tell the tale.