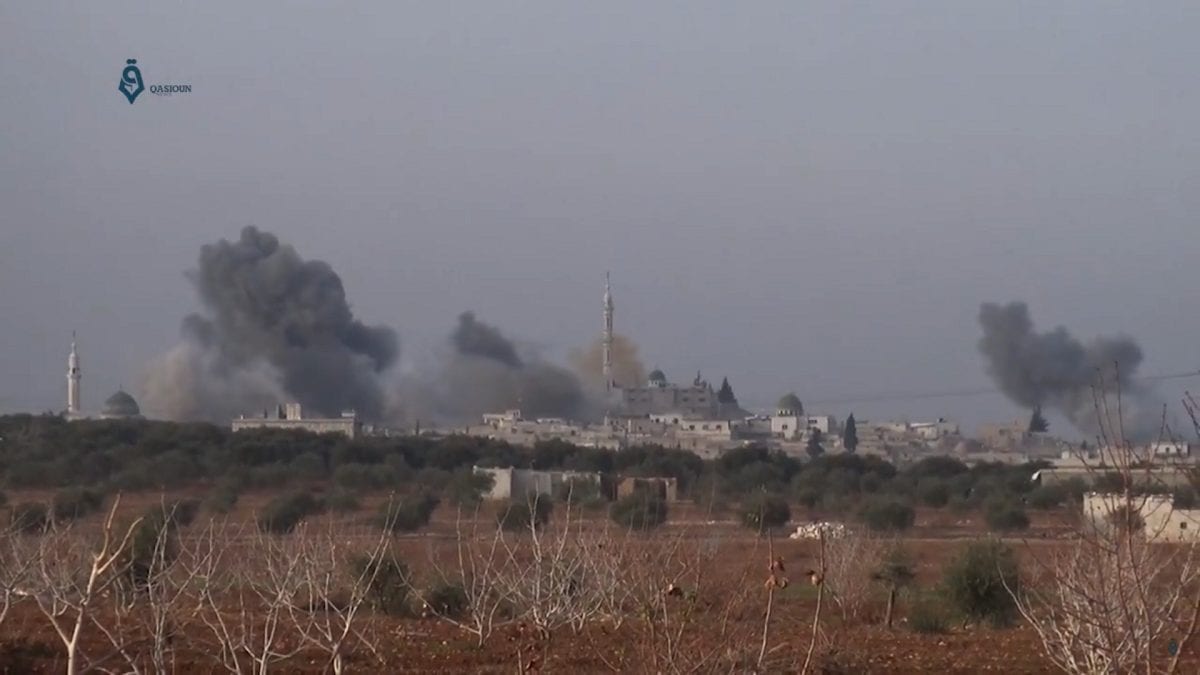 With the Syrian government’s complete conquest of the southern region, the question of the fate of the country’s remaining rebel-held areas looms ever larger.

Those rebel-held areas are now almost exclusively concentrated in the northwest of Syria, with the province of Idlib as the main epicenter, stretching out into Hama, Latakia, and Aleppo provinces. The main exception is the isolated desert enclave of the Tanf border crossing between Syria and Iraq. The Tanf crossing is held by U.S. forces and rebels who were initially trained as part of a mission to roll back Islamic State territorial control but have now taken on a function of trying to deny the Syrian government and Iran a land route between Syria and Iraq.

The rebel-held areas in the northwest are by no means monolithic. The Turkish army has set up outposts ranging from the north Latakia countryside near the coastline to the west Aleppo countryside. The goal of setting up these outposts is officially to enforce a “de-escalation zone” for the northwest that was agreed with Russia and Iran. In practice, this enforcement means a Turkish attempt to block a Syrian government offensive pushing into the wider Idlib province (whose southeast corner is already held by the Syrian government). Turkey fears that an offensive would trigger a humanitarian catastrophe and a surge of refugees towards its borders.

The creation of the Turkish outposts, however, does not mean that Turkey exercises effective control over these rebel-held areas in the northwest centered around Idlib, where the group with the greatest influence is the jihadist faction Hay’at Tahrir al-Sham, followed by the National Front for Liberation, essentially a merger (likely backed by Turkey) that brings together most of the non-jihadist factions in Idlib and its environs. Other jihadist groups, such as the Turkestan Islamic Party, Ansar al-Islam and the al-Qa’ida-linked Tanzim Hurras al-Din, also maintain a notable presence in Idlib and its environs.

Indeed, it should be noted that Turkey’s deployments of outposts were partly done in cooperation with Hay’at Tahrir al-Sham, which decided that the deployments, though in principle undesirable, are acceptable if the Turks do not interfere in governance in the “liberated areas” and do not interfere in military decisions taken by Hay’at Tahrir al-Sham and its allies (e.g. the decision to launch an offensive on a certain occasion).

This situation contrasts with the picture in the north Aleppo countryside between Afrin and the Euphrates River, where Turkey first directly intervened with ground forces in summer 2016, in part to counter the Islamic State but also to block further contiguous Kurdish control along Syria’s northern border with Turkey.

Thanks to a Turkish intervention in early 2018 that largely destroyed the Kurdish-held enclave of Afrin, the north Aleppo countryside zone, which features a number of non-jihadist rebel factions, is geographically contiguous with Idlib and its environs. However, the significant difference lies in the fact that the north Aleppo countryside zone has seen a much more extensive deployment of Turkish troops, along with Turkish investments in major infrastructure projects.

Although there have been hopes that the north Aleppo countryside can embody an effective Syrian opposition governance project in contrast with the Syrian government, the reality is rather different. Rather than being a space for the political opposition’s “Syrian interim government” to thrive, the north Aleppo countryside has instead seen a model of governance in which autonomous local councils prefer to work directly with the Turks.

So what are the implications of this picture? Should a green-light be given for a Syrian government offensive backed by Russia, which desires to see the jihadist presence eliminated and is increasingly frustrated about insurgent-launched drone attacks against its presence at the Hmeimim airbase in Latakia? Or should the swath of territory in the northwest outside Syrian government control be maintained?

In general, the problem is that there is a lack of clarity about what the long-term vision is. It is possible that Russia could tolerate the idea of a northwest outside of Syrian government control and cleared of jihadists, but the reality is that such a scenario would require a much more extensive Turkish intervention in Idlib and its environs similar to the north Aleppo countryside enclave. But then if the idea is to replicate the north Aleppo countryside picture throughout the northwest, the following question arises: why consider such territory part of Syria at all? Why not simply have Turkey annex it if the desire is to keep those areas outside of Syrian government control?

In the bigger picture, the Syrian civil war has already seen the Syrian government emerge as the decisive winner in the main conflict that was between it and the insurgency/opposition. The Syrian government controls the country’s most important cities and populated areas, besides having access to more important resources. The original goal of the uprising to depose Bashar al-Assad from power is over.

Instead, the conflict is effectively at a stage where the populations in various areas need a central government to which they can relate. If the goal is to maintain Syria’s territorial integrity (as is so often reiterated in public statements), then the northwest needs to have some kind of administrative/governance relationship with Damascus. Indeed, some elements in Idlib and its environs have tried to push for that in working for “reconciliation” with Damascus, prompting a crackdown against them by Hay’at Tahrir al-Sham and the National Front for Liberation.

If, on the other hand, it is decided that Damascus should not regain a foothold in the northwest, then it needs to be recognized that maintaining rebel control in that region under Turkish guarantee is not a means of realizing a broader political settlement and transition in Syria. This is especially the case if the objective is set to roll back the influence of Hay’at Tahrir al-Sham and other jihadist factions, because that goal would require much greater Turkish involvement in Idlib and its environs than we see at the present time.

Hence, if we are being honest about the situation, there are only two options for the northwest in the long-run: “reconciliation” and the return of the Syrian government, or Turkish annexation and partition of Syria.