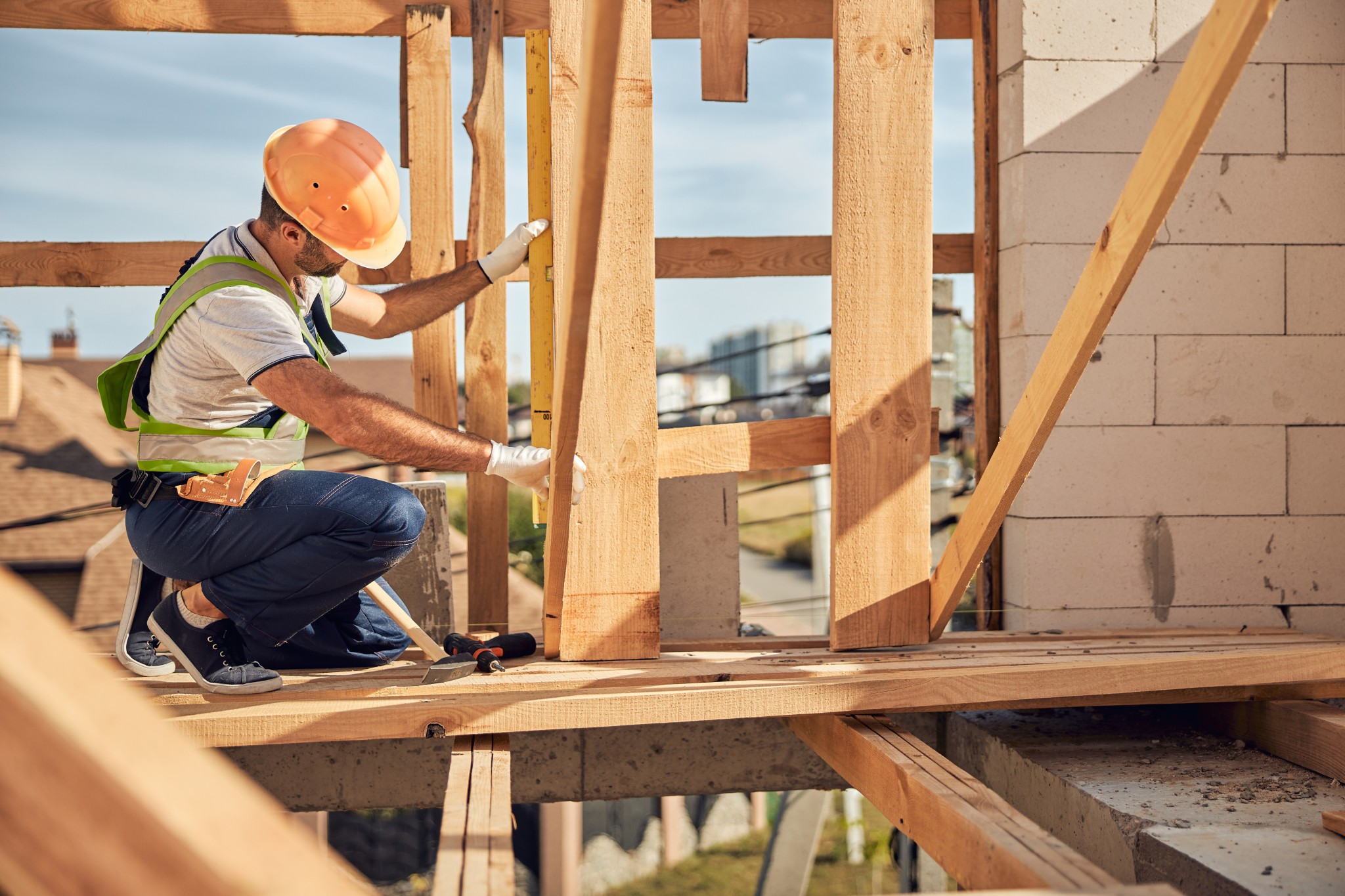 For the last week or so, I have been living in the middle of a construction zone. In defiance of the climate scientists, Lake Erie and its fellow Great Lakes decided to grow instead of shrink.

While the scientists re-checked their data, the entrepreneurs got to work building sea walls. Through my lakefront windows, I have been watching one entrepreneur and his crew build me a wall. This is no small job. It’s a six-figure project that involves several major pieces of equipment. My favorite is the truck-mounted boom pump that receives the concrete from a mobile concrete mixer and distributes it through its mantis-like arms precisely to where it needs to go.

Running this operation are a half-dozen or so white guys. None of them were born with an ounce of conventional privilege. Some have not graduated from high school. All of them work ferociously as the situation demands. I get tired just watching them, but the elites do not seem to know they exist.

“Census data shows the number of White people in the U.S. fell for the first time since 1790,” shouts the much too happy headline in the Washington Post, but the Post gloats prematurely. No one wants to talk about this phenomenon, but working-class white men dominate just about every difficult and dangerous industry in America.

This is not to slight the Latino contribution to hard and dangerous work, especially in the Southwest, but Latinos are not the ones whose demise is being celebrated. Then too, unlike non-Latino white men, Latinos do have unearned “privilege.” For no easily explained reason, they receive preferential treatment in academia, in professions, and in the awarding of Minority Business Enterprise (MBE) contracts. Besides, “Latino” is no more a race than is “American.” Although Latinos come from various races, a healthy percentage of them identify as “white” because they are.

Throughout most of America, white men are the ones climbing utility poles after ice storms, digging in ditches after water main breaks, building our bridges, hollowing out our tunnels, catching our fish, harvesting our wheat, felling our timber, mining our coal, pumping our oil, and constructing our homes and offices. On average, about 5,000 people die each year from work-related injuries. Each year more than 90 percent of the dead are men.

Through my involvement with a regional business magazine in Kansas City, where I live, I have sat through endless meetings with builders and developers genuinely eager to hire female and minority workers. If the companies want to get contracts today, they have to.

Although everyone shies from the word “quota,” if contractors don’t meet arbitrary MBE and WBE “goals,” they don’t get the work. With ample help from middlemen, male and female, they somehow manage to meet those goals. And yet, when I check out work sites, I see almost exclusively white men, many of them a little older than they ought to be. Builders need them. Today, there is much more demand for such workers than there is supply.

Women will never fill that demand. No matter what they are taught in gender studies classes, it is simply not in their nature. Black men could fill the void, but too many of them have removed themselves from the labor force. Barack Obama knows why. “If we are honest with ourselves,” Obama told a Chicago church congregation on Father’s Day 2008, “we’ll admit that what too many fathers also are is missing — missing from too many lives and too many homes. They have abandoned their responsibilities, acting like boys instead of men.”

Obama was not just speaking about fatherlessness in general. “You and I know how true this is in the African-American community,” said Obama. “We know that more than half of all black children live in single-parent households, a number that has doubled — doubled — since we were children. We know the statistics — that children who grow up without a father are five times more likely to live in poverty and commit crime; nine times more likely to drop out of schools and 20 times more likely to end up in prison.”

As Obama understood, it does no one any good to have black men in prison, certainly not the builders who are looking for able-bodied workers. Unfortunately, not everyone appreciated Obama’s message. Three weeks later, on a “hot” mic, Jesse Jackson was heard saying of Obama, “I want to cut his nuts out.” Obama did not need to hear that again. From that moment on, with Jackson and Al Sharpton prodding, Obama stuck to systemic racism and white privilege like a mantra.

If white men have a privilege, it is that they are more likely than black men to have grown up with a father in their homes. Fathers teach their sons a work ethic and familiarize them with tools, both huge advantages for those not interested in credentials or professional careers. Given the open discrimination against white men in academia and in most professions, many males have stopped bothering with college. Today, women outnumber men 3-2 in American universities, a complete reversal of the numbers from fifty years ago and a trend that shows no sign of reversing itself.

To be sure, not all white males evolve into white men. Fatherlessness is taking an increasing toll on the white family. So is fecklessness. I watch this dynamic play out from my office in Kansas City. It fronts on the main drag of a neighborhood called “Westport,” our humble hippie equivalent of Seattle’s Capitol Hill. During the manic spring and summer of 2020, I started calling my neighborhood WAZ in homage to Seattle’s CHAZ, the Capitol Hill Autonomous Zone. Lest I be charged with a hate crime, I stuck with WAZ when CHAZ mutated into CHOP — Capitol Hill Occupied Protest.

It so happened that in the spring of 2020, just as the lockdowns were going into place, construction started on a 500-unit apartment complex across the street from my office. As the androgynous denizens of Westport skulked aimlessly along the street in their ubiquitous masks, a crew of youngish white men descended on the worksite.

From day one, these guys showed up unmasked. Some took smoke breaks. They joked, they laughed, they worked. They continued working even as the neighborhood lemmings marched through the streets, breaking windows, not quite sure what they were marching about. A year later, the lemmings could be seen lining up outside their favorite coffee shops, still masked, waiting for their next marching orders.

The guys across the street, meanwhile, had a building to show for their work. On Independence Day, while the soy boys sulked, the working guys celebrated as though they owned the country. They don’t own it, but they built it, pretty much damn near all of it. It is time we pay them their due.