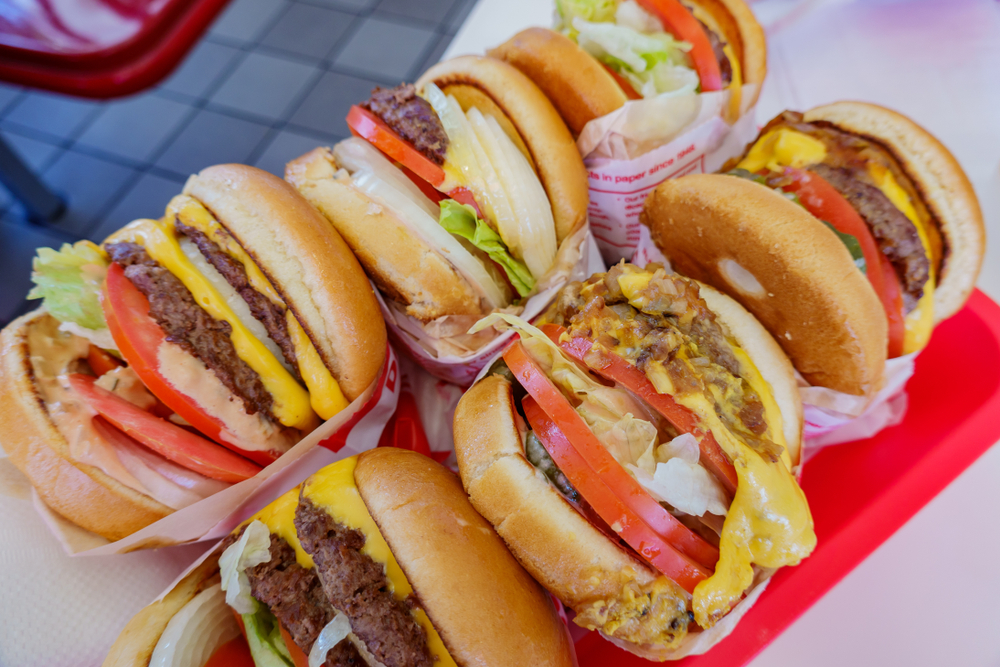 It looks like the Left — or at least one writer on the left — has ceded territory in the burger boycott war. And it looks like you can chalk up another big W for In-N-Out Burger.

Five years ago, the venerable burger chain withstood a proposed boycott by the California Democrat Party for contributing to the GOP. Last year, the company also pushed back against the forced closure of their San Francisco area restaurants because it wouldn’t play the role of Polizei in asking customers if they were vaccinated — Vax papieren, bitte! — contrary to local ordinances. “We refuse to become the vaccination police for any government,” a restaurant spokesman said.

Earlier this month, In-N-Out Burger encountered another “attack,” this one from the writer of an op-ed in the Los Angeles Times.

Karen Stabiner said she was boycotting the beloved, cultish institution that lays claim to the title of the most popular fast-food restaurant in California. But hers is a tepid boycott, as mild as the Thousand Island–based “spread” the chain smears on its product. Consider the headline of her piece: “Op-Ed: My lonely boycott hasn’t hurt In-N-Out Burger, but our small decisions do add up.”

She’s taking on a cultural giant in her one-woman resistance movement. The burger chain is a regional phenomenon enshrined in no less than a Southern California cult film as The Big Lebowski — “Those are good burgers, Walter,” Donny says at one point in the movie. In one episode of The Simpsons, Homer orders a Double Double — the name of In-N-Out’s signature dish — at Krusty Burger and receives a Double Double Double Double, which is actually a deliverable item at In-N-Out, albeit on the “secret menu” that is so secret as to be detailed on the company’s website, called a 4×4, that is, four meat patties and four slices of cheese.

The attack on In-N-Out’s religiosity and politics is but a peripheral flank in a larger assault — on meat.

Such is the chain’s cultural cachet that its cookout trailers are hot commodities at Hollywood soirées and movie locations: One shows up at Oscar after parties every year; Tom Hanks rented a burger truck for the set of The Green Mile. And its burgers have enlisted an endorsement from none other than Julia Child, who once sent out for one while in the hospital; big-name celebrity chefs from Thomas Keller to Anthony Bourdain to Gordon Ramsay to Guy Fieri all fawn over the burgers.

In-N-Out’s popularity stems from product quality. Nothing is frozen or microwaved; the beef is fresh, emanating from a patty-making plant no farther than a day’s drive from a store — that is, within 300 miles. So quality-conscious is the chain that all 37 Texas stores were closed for two days in 2018 because they had been delivered inferior hamburger buns.

The cachet emanates from its limited menu (burgers, fries, shakes), its limited availability (only in California and six other western states), and its superior word-of-mouth advertising.

Stabiner, however, won’t patronize the chain and has never eaten one of its burgers. And neither has her daughter, at least for the first 12 years of her life. Stabiner did not allow her to partake of the In-N-Out burger truck that showed up at her elementary school every Friday: “The other kids got burgers and fries, but my daughter got pasta and an apple.”

Why all this “deprivation” — self-imposed and imposed? Two reasons: The chain prints Bible passages on its wrappers and cups, and it supports conservative politics.

First, the Bible references. Many of the references are so mild as to be general platitudes. There’s an evangelistic reference or two — John 3:16 or Revelation 3:20 — but others could be stitched onto throw pillows, so anodyne are they. None come from Leviticus, nor are any the “texts of terror” so feared by feminists and gays. And here’s the kicker: The passages themselves are not spelled out, but only their chapter and verse are listed, as in “Proverbs 3:5” or “Nahum 1:7.” And diners really have to look for them to find them. They’re secreted on the inside of the bottom rim of the cup and in the seams of the wrappers. Those offended by this have to want to be offended.

And it’s true: The chain and its owners have supported conservative causes. They have contributed to California Republicans, and owners have also sent money to former President Donald Trump and endorsed conservative social values, including traditional marriage. But like many corporate entities, the chain covers its rear end by backing both teams in the political game. Said the company, in a statement, “In 2018, In-N-Out Burger has made equal contributions to both Democratic and Republican Political Action Committees in the State of California.”

Boycotts of fast food have been more and more frequent in the past decade. The most famous, the one against Chick-fil-A, because the owners, committed Christians, were outspoken opponents of gay marriage, boomeranged into boom times for the chicken chain. On a Wednesday in 2012, Chick-fil-A Appreciation Day, thousands crammed into franchise stores to buy chicken sandwiches and show their support for traditional marriage values.

There’s also been an attack on Carl’s Jr., not only because its ads feature women in bikinis sensuously eating its burgers but also because it has supported conservative causes in the past and, moreover, Trump loves the chain — which, by itself, is enough to send the Left into paroxysms of rage. Also, as if the Burger King king — the mascot in the plastic head in commercials — is not creepy enough, the chain has brought down the contumely of its European markets this past year by mocking the Lord’s Supper in Spain and, in 2021, running a tone-deaf ad campaign in the United Kingdom entitled “Women belong in the kitchen,” which was designed to get more women to sign up to be chefs.

Most recently, outrage over the invasion of Ukraine has prompted McDonald’s to shut down their 850 Russian stores.

The attack on In-N-Out’s religiosity and politics is but a peripheral flank in a larger assault — on meat. This is not the “meat is murder” argument — the animal-rights cause is a different front in that war — but one focused on the putative damage cattle raising has on the climate.

The anti-meat catechism states that ruminant animals emit methane, which pollutes more than carbon dioxide does. Animal agriculture also requires clearing large portions of land to produce pastureland, a prime cause of deforestation, in places like the Brazilian rainforest. Factory farms, where huge numbers of cattle are concentrated in a finite space, also create “feces lagoons,” which exacerbate the methane issue. Said a writer in Vox: “Globally speaking, livestock production represents a significant portion of overall greenhouse gas emissions. The reasons for this are intrinsic to meat production itself; there is no way for humans to consume meat in the way we do without abetting catastrophic warming.”

Cows, in other words, must go, and other sources of protein — like plants — must take the fore. Thus we have Impossible Burgers and Beyond Burgers and vegan pea protein and what is termed a “plant-based meat industry.”

Boycotts notwithstanding, it will be a while before burgers made from peas replace burgers made from meat in American society. And one of the premier meat-delivery systems — the hamburger — currently is purchased from the stores with the big yellow arrows and the multi-hyphenated name.

Now, if they could only do something about their fries.

Biden’s Pattern of Dereliction at the Border