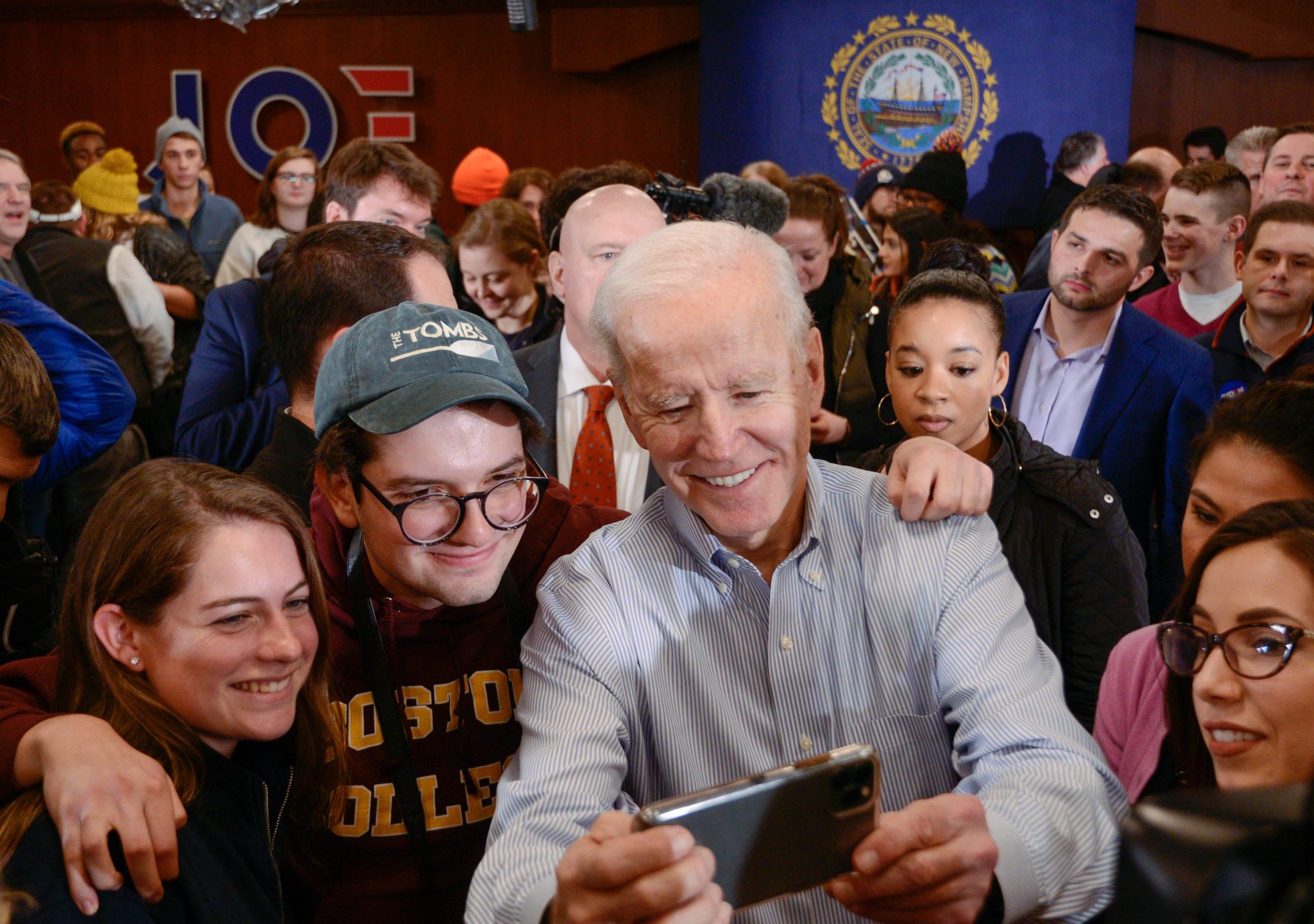 Where did Sleepy Joe go wrong? Remember what a champion of women or at least of Democratic women he was? Remember the role he played in the Violence Against Women Act? Recall, if you will, how he kissed the Democratic ladies affectionately and smelled their hair, at least until a group of indignant Democratic women publicly objected. Then he promptly ceased and desisted. Now he only gives them a wave, or who knows what is allowed in Democratic precincts. But you can be sure that Joe is observing the latest rules of decorum among the Democratic womenfolk. He is giving this highly excitable Democratic voting bloc its “space,” as they call it.

Yet Joe is still in hot water with such groups as the Me Too movement and the Time’s Up Legal Defense Fund. For 27 years ago, Ms. Tara Reade, a 29-year-old on his staff, claims Joe accosted her in a Senate hallway and touched her inappropriately. Now a growing number of Democrats are saying that the presumed Democratic presidential candidate must … do what? I have been following this latest controversy in Democrat Land assiduously, and frankly I have concluded that I do not know what the leading Democrats would have Joe do.

So by Joe’s own standard he is guilty until he proves himself innocent.

Does he tell Ms. Reade he is sorry and will never touch her inappropriately again? Does he choose her for his vice-presidential running mate? After all we are told he is intent on choosing a woman, though he has said he will choose a woman of color. That could present a problem. Ms. Reade looks very white in her pictures, though in the Democratic Party one can never know for sure. Forget not Elizabeth Warren. She claimed to be a Native American and offered DNA proof that she is at least 1/1,024 Native American. Or does Joe simply retire from the race and leave the field wide open, maybe to a woman? How about Hillary? Joe has already told Mika Brzezinski that he never touched Tara. But this is not enough for the Democratic women. They are angry that Joe and his campaign did not respond to Ms. Reade in a timely manner. How did Joe get into such a mess?

I think his problem began during the Brett Kavanaugh Supreme Court hearings, when Joe thought he would outdo everyone involved in the controversy. He supported Christine Blasey Ford’s unsubstantiated and quite ancient charges against Kavanaugh by saying, “You’ve got to start off with the presumption that at least the essence of what she’s talking about is real.” He did not say you have to start out with the standard rule of law that the accused is innocent until proven guilty. You start out with the presumption of guilt. So by Joe’s own standard he is guilty until he proves himself innocent, which is not easy in dealing with an ancient charge that came to light only recently and with little substantiation from anyone other than the accuser.

Maybe now, Joe, you will see the wisdom of conservatives such as myself who insist that a person is innocent until proven guilty. You say that the alleged assault never took place. “It didn’t happen,” is how you put it. Well, Joe, I believe you. Just as I believed Brett Kavanaugh and Justice Clarence Thomas. Your accuser has to come up with persuasive evidence, and she has not. But I do not believe that Ms. Reade should be ignored, as the media and your Democratic Party seemed to think at least until last week. I believe Ms. Reade should be given a hearing and because you are running for such an important office I think the media should interview her. It is shameful that they have not.

I recognize that Joe and his Democratic Party have to reward their voting blocs. They have broken down the American electorate into a myriad of groupings. There are the whites, usually the poor white. There are the blacks, usually the poor blacks, but the Democrats have also reached out to the middle-class blacks, for they do not seem to mind paying more in taxes. There are Latinos.  There are the young, the politically correct groupings, and of course the feminists, the women of the fevered brow as some of us call them.

All have to be paid off at election time. Yet, Joe, remember you have me on your side. I think you are innocent, innocent until proven guilty, and my guess is you have two members of the Supreme Court on your side too, both Republicans.