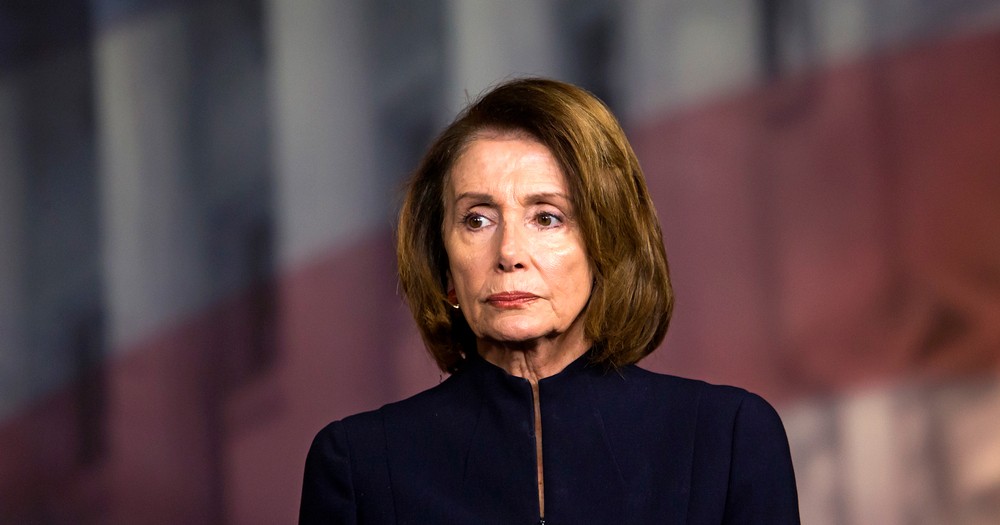 Talk about a serious mistake.

The obsessive, maniacal, and unconstitutional move by Democrats to impeach private citizen Donald Trump is in the process of backfiring. Big time.

In their lengthy impeachment article filing, Nancy Pelosi’s House Democrats repeatedly said some version of this:

This trial arises from President Donald J. Trump’s incitement of insurrection against the Republic he swore to protect.

This allegation, repeatedly salted through the impeachment article, has been completely contradicted by the FBI’s findings that the attack on the Capitol was in fact planned ahead of time — notably, before President Trump had even left the White House to give his speech on the White House Ellipse. Here’s but one headline, this one from the Epoch Times:

The story says (bold print for emphasis supplied throughout):

As former President Donald Trump’s Tuesday impeachment trial approaches, there is a growing body of evidence in criminal complaints and affidavits that the Jan. 6 Capitol breach had been pre-planned, undercutting the allegation leveled against Trump that he is guilty of “incitement to insurrection.”

A number of FBI affidavits filed in support of various charges—including conspiracy—against accused participants in the Capitol breach show evidence of pre-planning, reinforcing one of the arguments made by critics of the impeachment trial against Trump, namely that participants couldn’t have been incited by the president to break into the building if they had earlier planned to do so.

Sen. Lindsey Graham (R-S.C.) said recently that parts of the Capitol incident had been pre-planned and coordinated well before Trump’s Jan. 6 speech, which Trump’s accusers have held up as a call to storm the building.

While Trump said in his speech that “we fight like hell and if you don’t fight like hell, you’re not going to have a country anymore,” the former president appeared to be making a general reference to political activism, as he called on supporters to “peacefully and patriotically” make their voices heard during the Jan. 6 joint session of Congress.

Uh-oh. Obviously Trump could not possibly incite anyone to violence with a speech on January 6 when plans were afoot days or even weeks before Trump said a word that day.

Make no mistake, this is serious business. And at the very core of it is that it is nothing more than, to borrow from Justice Clarence Thomas at his confirmation hearing, the Democrats’ “high-tech lynching” of the Outsider President. Or Trump Derangement Syndrome on steroids.

All of which is quickly making itself obvious.

As Sean Hannity noted on his radio show on Monday, let them do it. The only thing the Pelosi–Schumer cabal is going to damage is — the Democratic Party.

The party will finally stand exposed as holding the American people in utter contempt. They are the Party of Insiders, for whom the only standard is the double standard.

Paul: If We Are Going to Criminalize Speech — Schumer, Maxine Waters, Ilhan Omar Should Be Held Accountable

“‘I opposed the notion of — which I think was a misguided notion, a voting to overturn the election either with Congress or with the vice president,” Paul said. “But I think if we are going to criminalize speech and somehow impeach everybody who says, oh, go fight to hear your voices heard, really we ought to impeach Chuck Schumer then. He went to the Supreme Court, stood in front of the Supreme Court, and said specifically, hey Gorsuch, hey Kavanaugh, you’ve unleashed a whirlwind, and you’re going to pay the price. You won’t know what hit you if you continue with these awful decisions.”

Indeed, so inflammatory was Schumer’s language that Chief Justice Roberts felt the need to issue this statement:

This morning, Senator Schumer spoke at a rally in front of the Supreme Court while a case was being argued inside. Senator Schumer referred to two Members of the Court by name and said he wanted to tell them that ‘You have released the whirlwind, and you will pay the price. You will not know what hit you if you go forward with these awful decisions.’ Justices know that criticism comes with the territory, but threatening statements of this sort from the highest levels of government are not only inappropriate, they are dangerous. All Members of the Court will continue to do their job, without fear or favor, from whatever quarter.

Based on the criteria used by the Democrats in their impeachment article, Schumer should be both censured and then expelled from the Senate for inciting violence.

But whether Schumer is thrown out or not, there will be considerable attention paid to the double standard on display by Democrats. The impeachment attempt — which is already certain to fail — will do nothing but put the spotlight on the threats of violence by Schumer, Rep. Maxine Waters, and a considerable group of high ranking Democrats — including Joe Biden and Kamala Harris — who have endorsed the threat of violence against everyone from Trump himself to Trump administration officials to Supreme Court justices to average Americans at the mercy of violence from Antifa and Black Lives Matter.

Mark this coming week of the impeachment showdown as a vivid example of self-inflicted political damage — damage that will do everything to help Republicans in 2022 and beyond.

Call it the impeachment backfire.

By all means, bring it on.