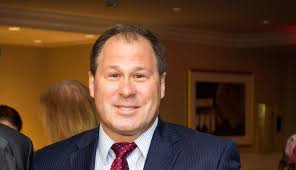 A group of protesters gathered in front of the Moroccan Embassy in Washington, D.C. last Tuesday to vocalize their opposition to the North African nation’s decision to shield Jamal Benomar, a former UN official accused of masterminding Qatar’s hack of former RNC chairman Elliott Broidy and more than one thousand others, from a lawsuit by providing him diplomatic immunity.

Law enforcement was on the scene to ensure the protest remained peaceful, which it did.

“This is absolutely unacceptable behavior,” one protester said. “It’s an infringement on an American’s right to privacy. Anyone who violates our laws or basic human rights should be put in prison,” he said of Benomar. “Breaking the law, regardless of status, you should be punished. He does not deserve immunity.”

Benomar is accused of being a paid agent of Qatar and one of the ringleaders of an extensive hacking operation that, according to Bloomberg, targeted Broidy, a Democratic Party operative, an ex-CIA official, and a “range from Syrian human rights activists to Egyptian soccer players” between 2014 to 2018. Bloomberg also reported that the hackers’ IP addresses “linked back to the internet service provider, Ooredoo, which is majority-owned by Qatari government agencies.”

Earlier this month, it was reported that the same hacking campaign that was allegedly overseen by Benomar also targeted Rabbi Shmuley Boteach, apparently due to his closeness to pro-Israel GOP megadonor Sheldon Adelson.

“Many have been talking about how the next threat to national security is cybersecurity. If we are going to talk about how serious cybersecurity is, then this is an opportunity to show how serious we are about this subject,” said Michael Pregent, an adjunct fellow at the Hudson Institute and an expert in cybersecurity, intelligence terrorism and radical ideologies in the Middle East and North Africa.

“We now have an example where a nation that has not only funded terrorism has been revealed to be behind a cybersecurity attack against both Republicans and Democrats. This, then, this is an opportunity to have a bipartisan effort to push back against the individual or group responsible.”

Asked if he believes the U.S.-Morocco relationship could be affected by this, Pregent said, “I think Morocco should carefully consider its actions and weigh its relationship with the United States.”

A protester named Emanuel said, “ultimately, I’m out here because it’s all about the rule of law. Diplomatic immunity isn’t meant to be used to let criminals get away with stealing information, especially not from American citizens. This guy blatantly violated American rights. And he blatantly stole their information, and he should go to prison. And diplomatic immunity doesn’t mean you can just do whatever you want and get away with it. It’s wrong.”

Although Benomar had not previously claimed diplomatic status with Morocco, his attorney, Abbe Lowell of Winston and Strawn LLP, argued that his client’s diplomatic status makes him “immune from jurisdiction for actions performed in the course of his duties.”

According to NBC News, U.S. Ambassador to the UN Nikki Haley decided to accept Benomar’s diplomatic immunity claim. In his court filings, Benomar claims that he “is a member of the Permanent Mission of the Kingdom of Morocco to the United Nations.”

Broidy’s attorney, Lee Wolosky, filed a letter with the court outlining what he described as “fatal flaws” with Benomar’s argument. In filings submitted today, they provided documentation to the court alleging that Benomar, at the same time as he claimed to be a Moroccan diplomat, was also performing “for-profit work for Qatar.” Broidy’s lawyers say that allegation, along with Benomar being a permanent resident of the U.S., make him ineligible for legal immunity regardless of what the State Department says.

Broidy’s lawsuit was filed on July 23, 2018. The Moroccan Mission to the UN claims it retained Benomar as a diplomat nine days later on August 1, 2018.