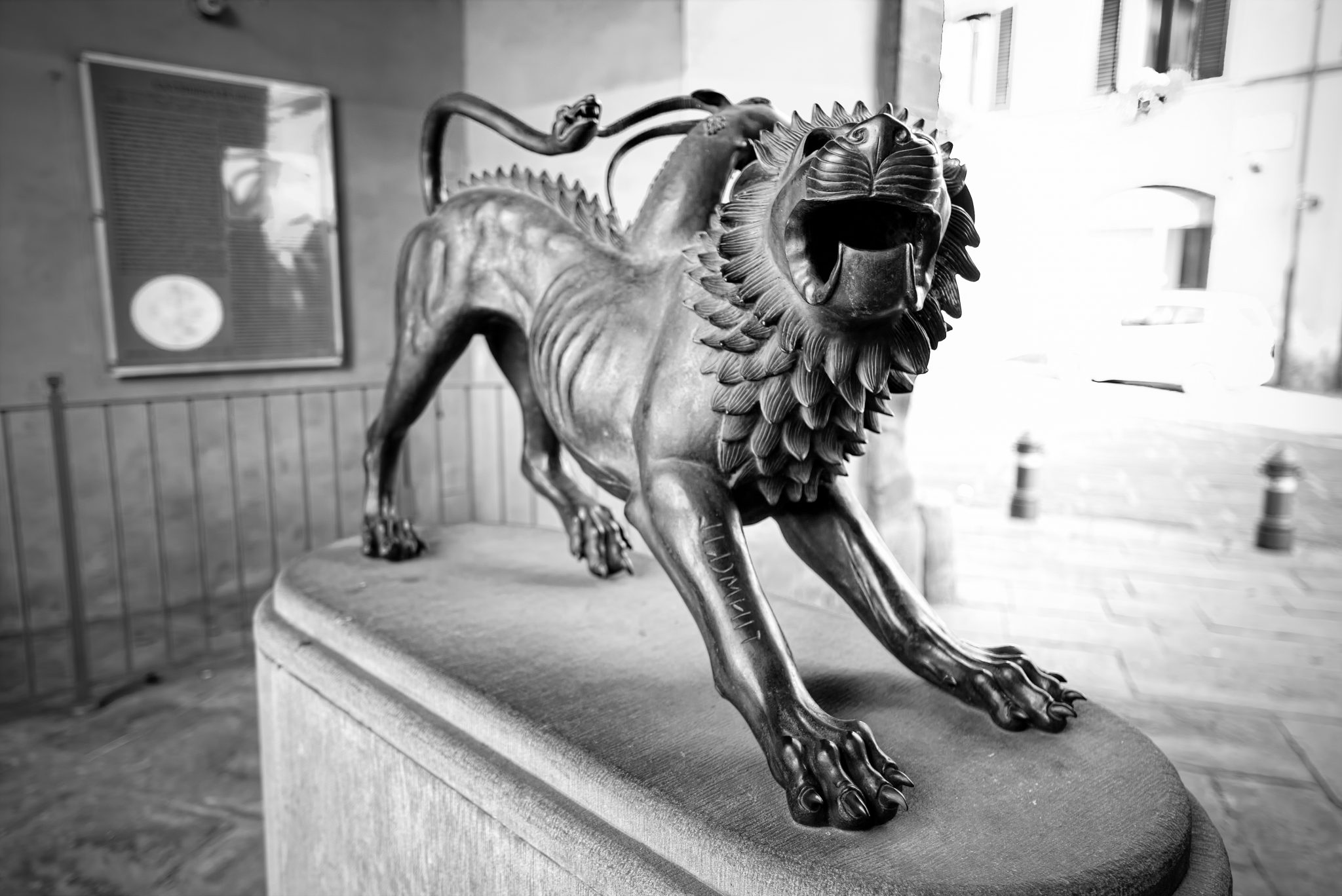 A few weeks ago, scientists reported successfully growing human cells in monkey embryos, paving the way for creating live human–monkey chimeras. For many, this could open the door to great medical advancements such as in organ transplantation. For others, it may be a sign that science has overstepped a moral and ethical boundary.

A chimera, in the ancient mythological sense, was a hybrid creature made up of a lion, a goat, and a snake and was the product of the mating of the giant serpent Typhon and his lover Echidna. In the modern biological sense, however, a chimera is a cluster of cells or a whole organism that contains distinct cell types from two or more different organisms.

Chimeric research has been ongoing for decades between various animal species. The more similar the species that are mixed, the more likely that chimeras will stay viable as in the case of a human and a primate.

Chimeric design at the embryo level involves implanting selected stem cells of one organism (a human in this case) into the whole embryo of another organism (a monkey) so that these two sets of cells grow and multiply side by side as the organism develops.

Stem cells are unique in that they have the potential to become multiple different organ types in the body if they receive the appropriate signal. The idea is that these human stem cells can be programmed to develop into a specified human organ within the monkey. In order to do this, scientists use a clever piece of technology called CRISPR, which performs gene-editing to switch off, for example, the monkey genes for producing a heart and switch on the human genes for producing a heart in the mixed embryo. The resultant heart can thereby be harvested later for transplantation in a patient.

Transplantation research is a lucrative field because the demand for healthy organs far exceeds the supply. Many people die while on the transplant waiting list. Animal organ supply can match demand, but such xenotransplantation has historically been shown not to work; for example, the world’s first heart transplant in humans in 1964 in Mississippi by Dr. James Hardy (a brilliant surgeon who also performed the world’s first lung transplant) involved implanting a heart from a chimpanzee into a man, but the patient sadly died within hours due to significant interspecies incompatibility. But a human organ grown in an animal may circumvent such interspecies rejection and provide a higher donor pool to meet the waiting list demand.

Granted, the scientists who made this recent human–monkey chimeric breakthrough only managed to show that the human stem cells survived in the monkey embryo for a very short period of time. But it is only a matter of time before this process will reach its end goal of producing a whole organ. This is because whole organs from one species have already been grown in others using similar chimeric technology. Rat pancreases, for instance, have been grown successfully in full-term mice.

Although the science is exciting, there are legitimate ethical and moral concerns.

One concern is that human stem cells are often derived from embryos conceived through in vitro fertilization from human couples unable to conceive naturally. Embryos provide the purest form of stem cells as these cells have not had the ability to commit to one specific cell type. Many countries have strict regulations on using human embryos for research especially when it concerns mixing such tissue with other animals. The USA is strongly divided in what research is permissible concerning human embryos. Many conservatives believe human life begins at conception, and for them research on human embryos is a red line. But the current majority the Democrats enjoy in both the House and Senate has allowed them to begin to roll back some of this opposition, though such headlong initiatives may not necessarily reflect the mood of the electorate.

But there may be other ways to acquire human stem cells without using conceived human embryos. One such method is “reprogramming” cells that have already differentiated to become a specific cell type (a skin cell, for example) back into a stem cell that can then be used in chimeric research. Such reprogramming has successfully been done in humans by converting skin cells from adults back into stem cells.

If we do overcome the human embryo ethical dilemma, that still leaves us with the ethics of the chimera itself when it is fully born. Is the chimera to be considered a human? If not a human, would it even be afforded the same rights as an animal? And what are the dangers to the balance of nature of a chimera with human qualities? A pig with a human liver may not set off many ethical alarm bells, but what about a monkey with a human brain? Studies have shown that human brain cells injected into mice cause improvements in the mice’s cognitive skills so a whole human brain opens the possibilities of human consciousness and intellect crossing species. Human–animal chimeric research is prohibited beyond a certain embryo developmental time (usually 14 days) to prevent such neural development from occurring.

In Genesis, God says, “Let us create man in our own image.” Perhaps man too is a chimera formed from the DNA of the gods, or maybe we are just simply a random event. Whatever the source of our intellect to fundamentally manipulate nature, it is clear that it carries significant responsibility. Although we probably have the means and imagination to take chimeric research to the next level, it is still important to make sure scientific advancement does not outpace ethical boundaries so we can minimize harm to human and animal life and avoid upsetting nature’s delicate balance.