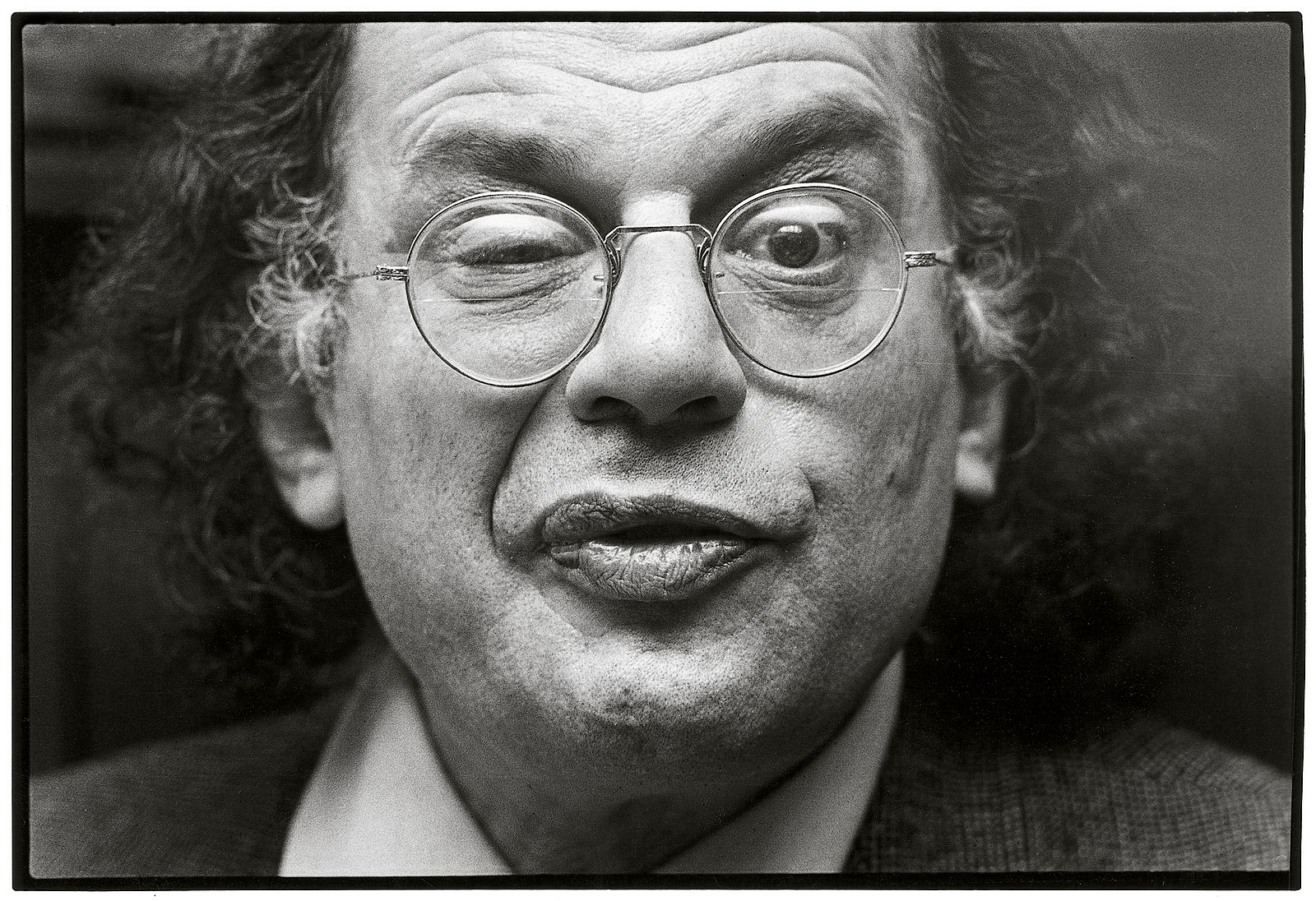 Recently, on a swing out West by train to celebrate our 50th wedding anniversary, my wife and I found ourselves walking up the hill from Fisherman’s Wharf into Joe DiMaggio’s old neighborhood, North Beach. I was surprised to find myself right across the street from City Lights Book Store, where Allen Ginsberg’s celebrated reading of the poem, “Howl,” stirred the Beat Movement. The poem begins with, “I saw the best minds of my generation destroyed by madness, starving hysterical naked, dragging themselves through the negro streets at dawn, looking for an angry fix, angelheaded hipsters burning for the ancient heavenly connection to the starry dynamo in the machinery of night …” and it continues, stream-of-consciously, down into various infernal regions. This was the same Allen Ginsberg who was talking in the background to a friend in a London alleyway while Bob Dylan did his card-drop, video version of Subterranean Homesick Blues. (“Weird Al” Yankovic did a great parody using only palindromes such a “Oozy rat in a sanitary zoo.” And yes, there was a Ginsberg stand-in.)

Yankovic was not alone is subjecting the Beats to less-than-reverential treatment. In the early ’60s, Bob Denver (later, the island-marooned “Gilligan”) served up the goofy beatnik, “Maynard G. Krebs,” in the sitcom, The Many Loves of Dobie Gillis. He would exclaim, in horror, “Work!?” whenever the offending word cropped up in conversation. Silly stuff, the polar opposite of the self-regard in which the Beats held themselves and the deference widely accorded the names Neal Cassady, Lawrence Ferlinghetti, and Jack Kerouac, whose novel, The Subterraneans, inspired Dylan’s song title.

In college, I’d come across Ferlinghetti’s A Coney Island of the Mind, and I was surprised to learn (or relearn) that he owned City Lights in the time of Ginsberg’s howling. When I ventured across the premises, one of the first items I noticed was a framed poster of one of Ferlinghetti’s poems, “Pity the Nation,” written in 2007, when he was in his late eighties and the Iraq War was a few years underway. I know he was railing against the military-industrial complex, jingoism, imperialism, cultural insularity, and such, but I was struck by its pertinence to our nation’s current, pitiable moment in ways he (d. February, 2021) would neither intend or commend.

Let me walk through the poem, offering some parenthetical, interlinear comments. They only scratch the surface, but you get the idea.

(As with endless Faucism, sustained and even accelerated by his acolytes and enablers, both governmental and corporate.)

(For instance, purveying lies about “whippings” by mounted Border Patrol agents, Russian collusion, and election integrity; silenced by the adepts at Facebook, Twitter, and the Washington Post, and by university-based sensitivity thugs, feckless administrators, and craven or addled colleagues involved in the ouster of professors who stand against the specious and ruinous strictures of political correctness; as for the bigoted airwaves, MSNBC’s Joy Reid is a good place to start.)

(“All hail the conquering Swamp!” Cross them and theirs, stand athwart their campaign for a “new world order” and suffocatingly obtrusive “hope and change,” and you will pay. Chris Hitchens got waterboarded for a Vanity Fair article, and he recovered. But bureaucrats can wield financial and reputational torments from which good people will never recover. [Overheard at a schoolboard meeting: “Say, Mom, who were those guys standing in the back, whispering into their cuffs, while you were dissing CRT?”])

(Talk “woke” or else you’re a hater — a stipulation imposed upon our peers, our forebears, and our global allies. Exemptions freely granted to the non-woke [e.g., Islamists] whose vile speech upsets non-woke deplorables.)

(That is, as we inhale deeply the moral anesthesia funded by such billionaires like George Soros, Jeff Bezos, Michael Bloomberg, and Jeff Zuckerberg. Other very-well-situated grandees like Nancy Pelosi, Lebron James, and the Nike/NBA executives claim the nitrous oxide masks to our faces and tend the valves.)

(“Hey, let’s have church down at the casino. They don’t have the attendance limits they’ve imposed on our sanctuary.”)

My country, tears of thee
Sweet land of liberty!

“ … Of thee I sing,
Keen on infanticide,
Land where good sense has died,
We deeply mourn your slide,
God help our soul.”)

Ginsberg howled 1955, and the elites and their suggestibles have seen to it that he’s gotten his way. Sexual license, with “pride” in the alphabet menu of preferences, is the order of the day. (Perhaps, he’d still howl a bit since the cause of NAMBLA, of which he was a member, is still frustrated.) Heretofore controlled substances are not only legalized but celebrated. Deracination of our Judeo-Christian heritage has gone mainstream. So, yes, it’s time for the remnant to howl.

One of my students wrote a dissertation on the neglected practice of biblical lament. We’ve become so focused on thumbs-up, happy-clappy messaging that we’ve forgotten that God has provided a scriptural script for expressing dismay and even complaint, as in, for example, Psalm 13:1 (“LORD, how long will you forget me? Forever?). And, to paraphrase Psalm 73:12-14, “What’s going on?! Bad people are prospering, I’m a wreck. Is righteousness really worth it?”

Jesus himself agonized over the state of his culture in Matthew 23:37: “Jerusalem, Jerusalem! She who kills the prophets and stones those who are sent to her. How often I wanted to gather your children together, as a hen gathers her chicks under her wings, yet you were not willing!” Well, having read the Bible to the end, I know that he will, indeed, gather his chicks. And having studied church history, I know that he can send spiritual awakening to a land, as he did through the 18th-century preaching of Jonathan Edwards, John Wesley, and George Whitefield, and the early 20th-century ministry of Welshmen, Seth Joshua and Evan Roberts.

In the Sermon on the Mount, Jesus gave us a way to pray about our plight. He doesn’t tell us to put on white robes and sit on a mountain waiting for miracles. The Bible teaches us to work to supply “daily bread” for ourselves and our dependents; but we’re to also pray for divine providence in this connection — both/and. Similarly, when we pray, “Thy will be done on earth as it is in heaven,” we’re still obliged to extend to society, as best we can, the “whole counsel of God” (as Paul put it in his farewell address to the Ephesian elders in Acts 20).

No, that doesn’t mean we’re pushing theocracy: Jesus’ “render unto Caesar” directive in the Gospels still stands, as does Paul’s declaration in Romans 13:1-7, that civil government, even the Roman sort, is ordained by God. It does mean that we speak pointedly, persistently, and compassionately to our nation, urging our neighbors to recognize that we’re progressively (and “progressively”) well down the road to ruin. Knowing that people break themselves on the Ten Commandments when they venture to break the Ten Commandments, we plead for a return to spiritual sanity, hopeful that this translates into sounder families and social institutions.

And yes, all along, we cry out, lament, and even howl in agony to God, who can accomplish wonderful things in a second that it takes lifetimes of our labor to effect, if ever.

(Image: This file is licensed under the Creative Commons Attribution-Share Alike 3.0 Unported license.)