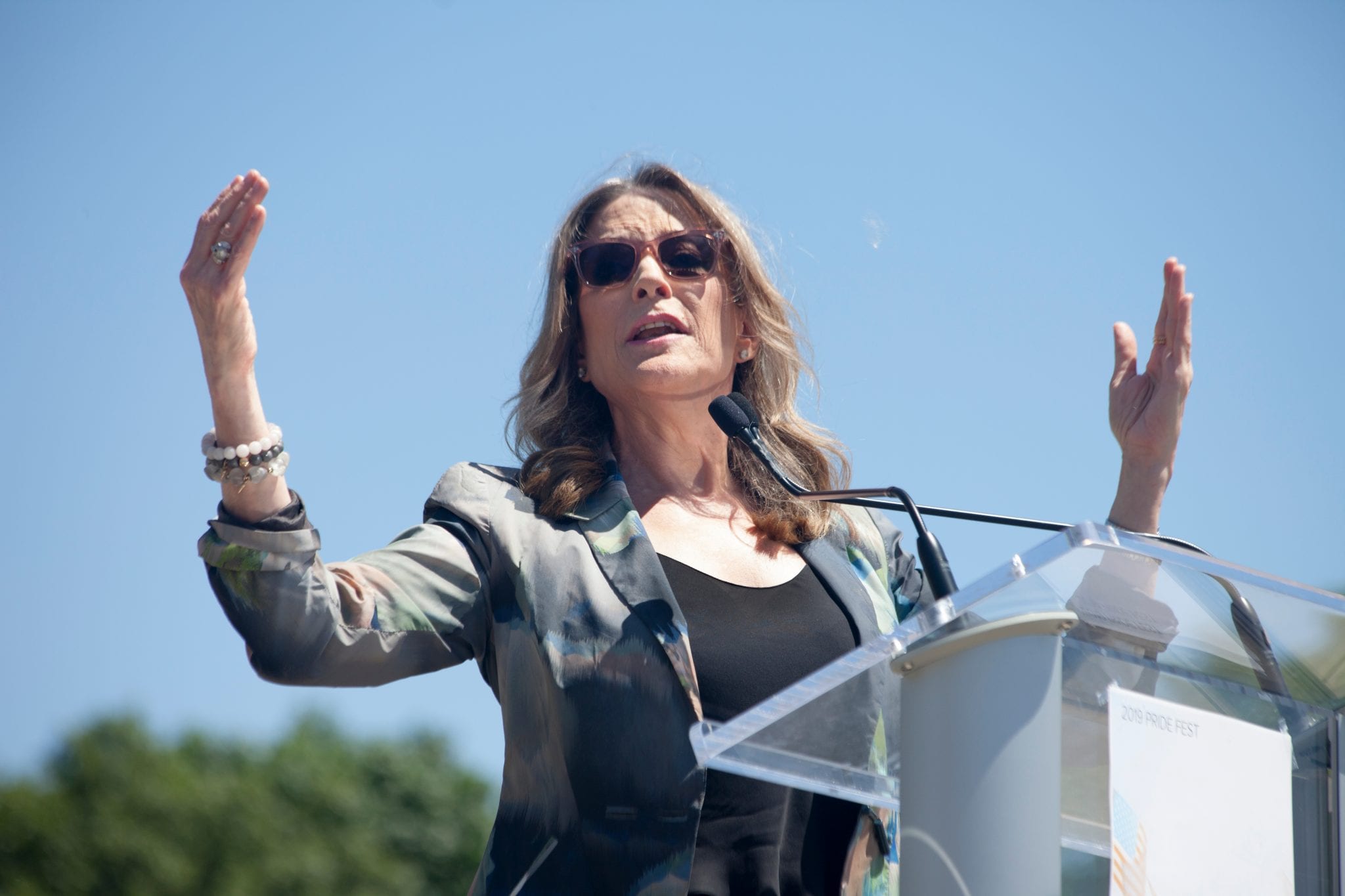 Let’s fight hate with love. We can go to the North Korean Doughboy who fed his uncle to starving dogs, auguring that scene in Game of Thrones, and tell him, “Go ahead and build those nuclear bombs — because we love you, and we want you to be happy.” Of course we then would have to go to the Ayatollahs and Mullahs of Iran: “We love you. We know you hate us and want to wipe Christianity off the face of the earth no less than you want to wipe out Israel. That is why you call us Americans ‘The Great Satan.’ But we are not fazed. Build your nukes. And here is a flower. And $150 billion in cash. Surprised? Bemused? Well, we love you!”

It is fascinating to watch the evolution of a generation that loves Islamic terror and Islamist fascist dictators, loves left-wing oppressors who have destroyed every land that socialism has touched. And yet they hate Betsy Ross.

But love for all the others.

Obama loved Vladimir Putin, whispering that he had great things in store for him after his reelection. When Mitt Romney warned during the 2012 presidential debates of the dangers of Putin’s Russia, Obama mocked and sneered. Obama got along famously with Hugo Chavez. Great with the Castros. Bill Clinton hosted Yasser Arafat in his White House more than he did any other visiting leader. Love is a many-splendored thing.

It does sound so sweet. One of these days someone in a Democratic presidential debate is going to end her evening with a pledge to turn all problems around with that great secret weapon: love. And love is all around us. Bernie Sanders sees bread lines in Communist Russia, and he waxes poetic: Bread lines are “a good thing.” Kamala Harris has a wowzer of a slogan: “For the People.” Why didn’t anyone think of that earlier?

It never works. It cannot work. Only a small number of intense idealists will work to the hardest and best of their abilities for thirty, forty years even though not specially rewarded. Most people — normal people, that is people along the norm — will work, but not to their best conceivable output, if they are not rewarded extra for giving extra. And a great many people will not work at all, feigning illness, assorted maladies, and just-plain pleading: “I am working as hard as I can.”

That is the way of The People.

We all have friends, relatives, associates, classmates, teammates. We all know The People firsthand. We know the ones who carry their weight, the ones who slack, the ones who carry others. Those of us who work harder than others often are asked “How do you do it?” Or “Why do you do it?” We do it because we are driven: by the desire for money, by the desire to impact the world, by the desire to produce for our children, or by a passion to create something: art, literature, mayhem. In each of these ways, we receive emoluments, payment, reward. If Bernie Sanders can say that bread lines are a good thing, then others more sanely can say that emoluments are a good thing. Whether they come in the form of money, honor, soul satisfaction, or some other payment, emoluments impel some to carry others.

And then there are others on the opposite side of the scale. Not driven, they are satisfied to let others carry the load while they punch in and punch out a time clock — but only if they have to. And if they don’t have to, they won’t even commute to the time clock. Guarantee them the same wage as is earned by the hard and productive worker, and they gladly will sit on a couch, watching The View.

Even the most MSNBC/CNN-infused leftist knows, deep down, from personal experience at work, school, or play, the angry feeling that comes when someone who misses classes all term asks you for your notes. When a fellow professor publishes chintzy “scholarship” while peers work had to produce deep thoughts and research of value. Frankly, the way baseball players react when they see a teammate hit a ground ball or pop fly and not run hard to first base anyway.

That’s when talk of love turns to resentment. Love for The People. But resentment for each and every actual person who parasitically lives off those who work.

The most perilous ramification of socialism is that, sooner or later, unequal outcomes inevitably unfold because people are inherently different. Equal outcomes in height, weight, genetic makeup, innate intelligence, appearance — these things cannot be regulated or legislated. Some will succeed while others will fail. In order to assure equal outcomes among unequal people, history repeatedly demonstrates that government eventually must impose equality by the barrel of a gun. Increasingly, government turns to police and then to the military to superimpose ostensibly equal outcomes onto unequal people. That is why Venezuela now, like Cuba, like China, like North Korea, like the Soviet Union, is associated ultimately with military dictatorships, unbridled police powers, and mass executions.

People always will be people, and those with superior gifts and skills will try to rise beyond the median. So it is with sports, in which better athletes train harder to attain higher goals and records of achievement — and demand increasingly skyrocketing compensation packages that team owners are prepared to pay because they know the public will pay more for admission tickets to watch better athletes compete. And so it is in every walk of life. Musical theater on Broadway. Films out of Hollywood — made in tax-advantaged Georgia. Vacation venues like hotels and even Disneyland. The free market drives personal aspiration. By contrast, no one ever has called North Korea, China, Maduro’s Venezuela, or Cuba the happiest place on earth. Unless ordered to by the army: Love at the barrel of a shotgun. For The People.