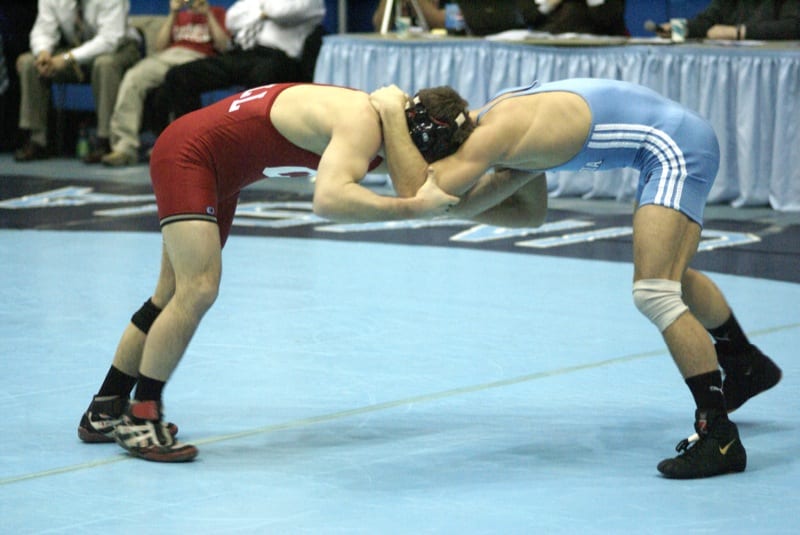 Have you been keeping up with the charges against Congressman Jim Jordan? They first wafted from the swamp around July 3 when NBC News quoted three former wrestlers as saying the congressman had to know about “inappropriate” behavior by an Ohio State University team physician towards some Ohio State wrestlers.

The “inappropriate” behavior supposedly occurred 30 years ago. Yes, I said 30 years ago. That was when Jordan, a former two-time NCAA champion, was an assistant wrestling coach at Ohio State, and, oh yes, he was in his early 20s. Do you know how much standing an assistant coach had attained when he was in his early 20s some three decades ago? It would have been about as much standing as a graduate assistant.

I know, because a hundred miles or so down the road from Ohio State I was on a similar team a few years earlier. For the Ohio State team as for my team, the Indiana University swim team, there was not much money in the athletic budget for hiring an assistant coach, to say nothing of the coach’s prestige or influence. According to Jordan’s press release, he “never saw any abuse, never heard about any abuse, and never had any abuse reported to him.” If he had, presumably he would have reported it, but to whom? Would it be the head coach? How about the athletic director? Thirty years ago, sex in the locker rooms or the showers of a varsity team was rare. Certainly I never heard of it, and now we have Jordan’s word that he never heard of it. Times have changed, and apparently they are changing again.

A number of wrestlers have come forward and testified on Jordan’s behalf, though they are rarely mentioned in the press. Michael Alf says at Ohio State in the late 1980s, “There was [sic] definitely things” going on in the showers, which he termed “pretty disgusting.” In addition, he added that his teammates joked about the Ohio State doctor, but he never recalls Jordan hearing about it. “He’s the most honest person I’ve ever met,” Alf told the New York Times. “If Jimmy says he didn’t know, I believe him.” Another former wrestler seemed to agree. He described Jordan as “all business” and added that team members practiced discretion around him. It is eminently believable that—unless you work for Perkins Coie—you would believe that the “jokes” about the team doctor never reached Jordan.

I remember my first conversation with Jordan over dinner a few years back. Yes, he wanted to talk politics, but first he wanted to compare Ohio State’s training program with Indiana’s swimming program and he was particularly interested in our coach, the innovative Doc Counsilman, swimming’s greatest coach. As the unnamed witness said, even after 30 years Jordan was “all business.” To a two-time NCAA champion, training came even before politics.

How is it that we have arrived at this bizarre point in our history? We are harassing a world-class athlete about vaporous charges going back 30 years when he was an assistant coach. Even if the charges are true, it is not clear what he could have done about them. Thirty years ago, things could not have been more different. When Michael Alf says his teammates “joked” about their randy doctor I have a good idea what he is talking about. Does anyone born after, say, 2000 have any idea?

My friends on the left cannot move from A to B without contradicting themselves in this crazy world that they have, in large part, constructed. They are attacking Congressman Jordan for not reporting the homosexual behavior of a randy doctor in the 1980s (he, incidentally, committed suicide in 2005), behavior which they now approve of or at least are sympathetic toward. What is more, many of the Ohio State wrestlers back in the 1980s had reached their majority. They were over 18. Moreover, most could have broken the doctor’s legs. By the way, Jordan, who was barely older than the wrestlers, now stands accused of failing to report charges that these athletes also failed to report.

Yet we cannot expect clear thinking from today’s Democrats. Jordan has become a powerful figure in investigating the “deep state’s” misbehavior. He is reportedly mulling over a run for the Speakership of the House of Representatives. So why not hit him with nebulous charges about events that did or did not take place a generation ago? After all, with the Democrats’ control of the media and the general culture they can call the Ohio State locker room and showers, circa 1980s, whatever they want to call it. How about, an adventure in sexual hygiene or Sex Education for Wrestlers? Then call in Perkins Coie for legal counsel.