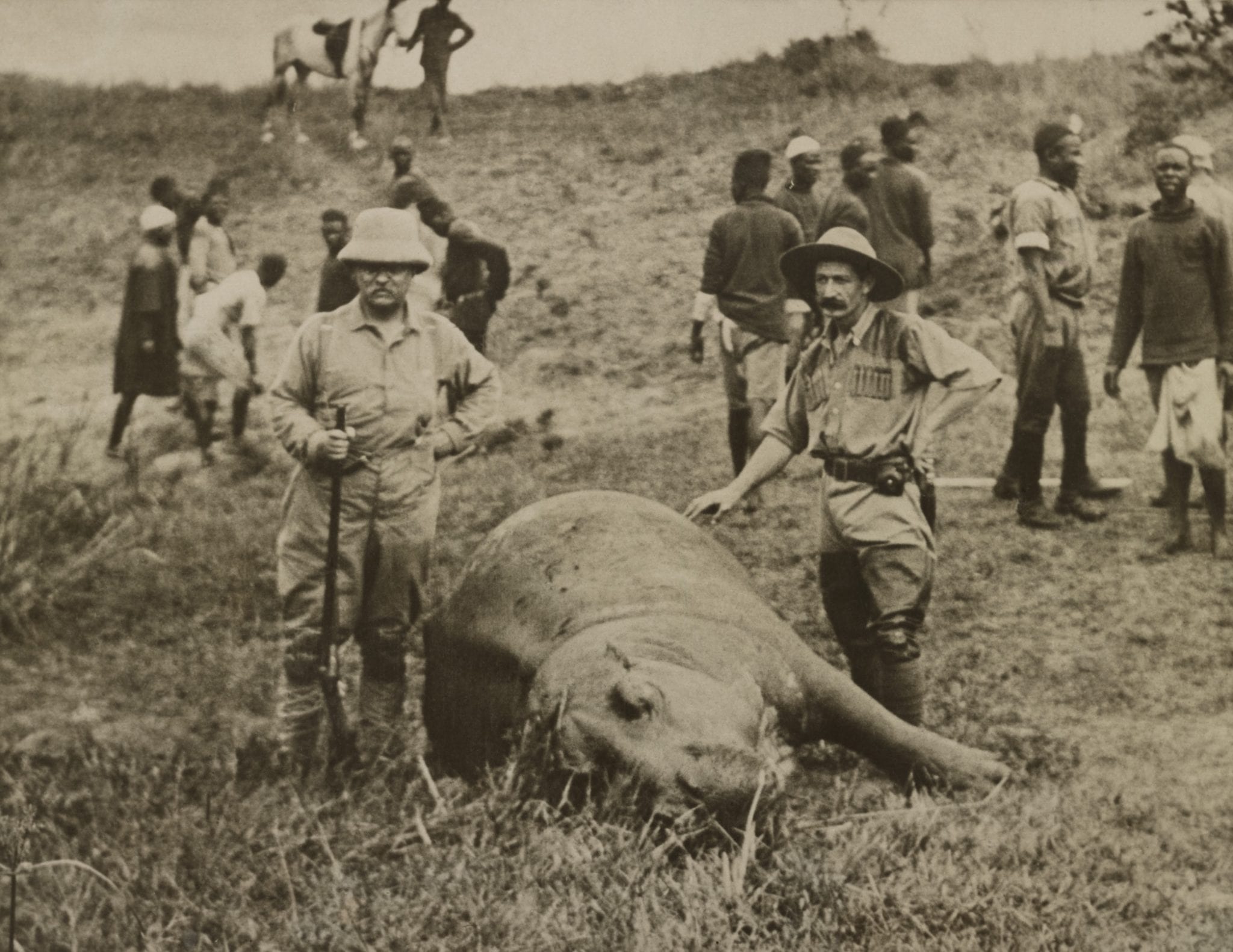 Social standards of our day are changing with great rapidity and are enforced with a zeal that would impress Senator Joe McCarthy. So, in the spirit of the modern, I thought it would be interesting to judge some of history’s most famous men by the zeitgeist of today. How many of them would survive the scrutiny to have career success anything like that which they enjoyed in their own day? And, since “politics is too important to be taken seriously,” I have taken a bit of liberty in imagining what their lives would look like in a modern context.

Charles Martel (688-741): His name means “Charles the Hammer,” and this is because of the smashing blow this Frankish king delivered to the Muslim invaders of Europe at the Battle of Tours in 732. Of this historic battle Encyclopedia Britannica says (with surprising accuracy and disregard for modern political sensibilities): “Martel’s victory over the emir of Córdoba preserved western Europe from Muslim conquest and Islamization.”

Martel, realizing his sacrifice and that of his men was all in vain, openly criticizes Islam and French immigration policy and is quickly prosecuted for hate speech and imprisoned by the European Court of Human Rights.

Abraham Lincoln (1809-1865): It is likely that the melancholy man would not recognize either political party as representing government of, by, and for the people. But Lincoln would have no political future in modern America. This is because Lincoln’s views, though progressive for the period, would rightly be deemed racist today. In his fourth debate with Stephen Douglas, he said: “I will say then that I am not, nor ever have been, in favor of bringing about in any way the social and political equality of the white and black races.”

He runs for mayor of London and wins in a landslide.

Admiral Lord Horatio Nelson (1758-1805): Nelson was arrogant, flamboyant, courageous, and unquestionably one of the greatest naval commanders in history. His tactics and his daring wrought havoc on the enemies of England at the Battles of the Nile, Copenhagen, and, most famously, Trafalgar.

People magazine publishes photos of the famed English naval officer in Florence, Italy with his lover, Lady Hamilton, and lurid details of their affair. The Admiralty responds by sacking the hero. Napoleon’s fleet wins the Battle of Trafalgar and successfully invades England. Yorkshire pudding is replaced by escargot.

Ernest Hemingway (1899-1961): Oh, my. Fascinated by war, a lover of women, and bullfighting enthusiast, Hemingway hits the trifecta of modern evils.

Unable to find a publisher, he is sentenced to unending “sensitivity training.” Hemingway kills himself again, but this time for altogether different reasons.

Michelangelo (1475-1564): He is the greatest painter and sculptor of all-time, but his work would be deemed quaint today when compared to the 21st-century “masterpieces” I have linked here.

Michelangelo, who possessed a volatile temperament, hunts down and kills the man who gained fame by submerging a replica of his genuine masterpiece, The Pieta, in cow’s urine and called it art (remember that?). He spends his remaining days as a tattoo artist in a state penitentiary.

Winston Churchill (1874-1965): His views on Empire, Islam, and the European Union would either make him the leader of a populist, pro-Brexit revolt or a political pariah. Churchill biographer, Paul Reid, told me that he thinks Churchill “would out-Tweet Trump.”

Churchill claims U.S. citizenship through his American mother, the bewitching Jenny Jerome, and moves to an estate in rural Virginia where he begins a new career as a columnist for The American Spectator.He quietly amends the title of one of his previous works to A History of the (formerly) English Speaking Peoples.

Teddy Roosevelt (1858-1919): The Rough Rider once said, “No, I’m not a good shot, but I shoot often.” He wasn’t kidding. TR would be regarded as having committed more modern evils than Trump.

Possessed of “toxic masculinity,” he becomes a target of feminists. Total ruin for Teddy comes when TMZ uncovers these old photos of him posing with dead lions, elephants, rhinos, and other game he killed while on safari in Africa. Social media immediately gives each of these animals cute names — Rick the Rhino, Simba the Lion, etc. — and then publishes Roosevelt’s phone number and street address.

Nostradamus (1503-1566): Perhaps he was unique in the 16th century, but today, with all of his prophecies of doom, he would sound like just another environmentalist.

He finds a new career as a stock broker.

John F. Kennedy (1917-1963): By most accounts, Kennedy changed mistresses with the frequency that Imelda Marcos changed shoes. It is hard to imagine his political career surviving that in the age of a 24/7 digital media hungry for salacious celebrity news.

Marilyn Monroe claims #MeToo status and in the ensuing scandal, Kennedy loses the 1960 presidential election. As a consequence, the world misses out on Marilyn’s sultry version of “Happy Birthday” to JFK. Instead, J. Edgar Hoover sings it to a disappointed President Nixon.

Karl Marx (1818-1893): When Marx died in 1883, no country had yet adopted his cracked ideas. But today the revolutionary’s thought is represented by the establishment and his unworkable economic theories are in fashion all over Europe. He even has a growing fan base in America.

Refusing to endorse Bernie Sanders, he marries Alexandra Ocasio-Cortez and endorses her Green New Deal and her candidacy for president.

Charles Dickens (1812-1870): Has any novel been more perverted from its original meaning than Dickens’s A Christmas Carol? The book is explicitly Christian and stresses Ebenezer Scrooge’s choice to help the poor or not to help them. His wealth, it is assumed, is his to do with as he pleases. Today, however, Dickens’s classic Christmas tale is continually being recast as either a celebration of materialism (i.e., lots and lots of stuff for everyone!) or as a socialist manifesto (i.e., the redistribution of wealth), and the Christian message is always amputated.

Faced with making these edits, Dickens refuses and is thus relegated to obscurity as a copy editor for a London paper.

He is thrilled by the increased power to create a surveillance state.

Guevara is surprised to see that he has become an iconic countercultural symbol adored by millennials who don’t know any better. He sues for the rights to his own image, salts away his money in an off-shore account, and joins Venezuelan dictator Maduro’s government.

Fyodor Dostoevsky (1821-1881): In his great novels Demons and The Brothers Karamazov, Dostoevsky predicted that if Russia’s communists ever gained control of the levers of power it would lead to the expulsion of Christianity from public life and, with it, the annihilation of morality, the rise of totalitarianism, and the proliferation of state-sponsored genocide. Although a great talent, his love life was turbulent, and he was a compulsive gambler.

In broken English and with a heavy Russian accent, the novelist says: “I told you so,” drops the mic, moves to Vegas, marries a showgirl, and throws a party that makes The Hangover look like a Mennonite church service.

William Shakespeare (1564-1616): We live in a biblically illiterate world and with so much of what Shakespeare wrote assuming readers have a thorough knowledge of that book, who would understand his poetry, poems, sonnets, and plays, much less publish them?

He spends the rest of his life combatting the urban legend that he did not author his own plays.

Christopher Columbus (1451-1506): The revisionists have been chipping away at the reputation of this great explorer for decades. Indeed, his statue in downtown Los Angeles was removed last year. At that occasion, Councilman Mitch O’Farrell said, “[Columbus’] statue and his image is really representative of someone who committed atrocities and helped initiate the greatest genocide ever recorded in human history.”

Finding no love in the New World, the Italian explorer settles down in India — which he, incidentally, calls “The Americas” — and lives out his life as an obscure telemarketer.

Jesus Christ (c. 4 BC – c. 29 AD): The most important, most influential, most controversial figure in history. As C.S. Lewis famously put it, he was either a liar, lunatic, or Lord. Take your pick. But choose wisely.

Upon his return, he annoys everyone by still being perfect and still preaching the most politically incorrect message ever: “I Am the way, the truth, and the life.” (John 14:6) Sensing a threat to their power, Democrats bribe Al Sharpton by giving him his own show on MSNBC. Sharpton betrays Jesus’ whereabouts, and Democrats have him arrested while he’s praying on the Washington Mall. In a secret night trial before the House — with Nancy Pelosi presiding — Jesus is tried and accused of insurrection (again) and of preaching the ultimate heresy: dependence on God rather than on government. Maxine Waters, leading the mob, cries, “Crucify him!”